Bel-Air is about to get a blast from The Fresh Prince‘s past.

TVLine has learned that Daphne Maxwell Reid and Vernee Watson-Johnson — who respectively co-starred as Aunt Viv and Viola “Vy” Smith during the original Fresh Prince‘s run — will guest-star on Peacock’s dramatic reimagining of the series.

Both actresses will appear in Episode 9 — the penultimate Season 1 installment — which lands on Peacock Thursday, March 24. They’ll play members of the Art Council Board of Trustees; Reid will play Helen, and Watson-Johnson will play Janice.

Watson-Johnson appeared in 15 total episodes of The Fresh Prince as Will’s mother. More recently, her TV work has included Two and a Half Men, The Big Bang Theory and current gigs on General Hospital and Bob Hearts Abishola. Reid, meanwhile, famously replaced Janet Hubert as Fresh Prince‘s Aunt Viv after Hubert filled the role for the show’s first three seasons. In November 2020, during a cast reunion staged by HBO Max, Hubert and Will Smith brought their 27-year feud to an emotional end, with Hubert candidly explaining why her departure from Fresh Prince was so painful.

Peacock’s Bel-Air still has four episodes left in its freshman run, with the finale set for March 31. The reboot — which counts Smith among its executive producers — previously received a two-season order at the streamer back in September 2020.

Check out two more photos from Reid and Watson-Johnson’s guest stint below, then drop a comment with your reactions to their casting. 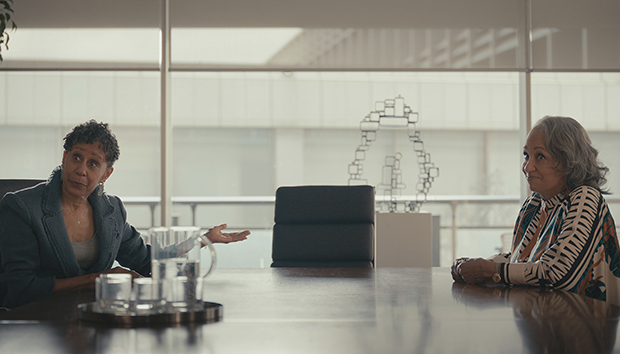