Being replaced as TV’s Aquaman is water under the bridge for Alan Ritchson.

Back in Fall 2005, Ritchson guest-starred in multiple Smallville episodes as Arthur “A.C.” Curry, the first of which gave The WB its highest-rated Thursday night ever. As such, an Aquaman pilot, ultimately titled Mercy Reef, was promptly put into development.

Popular Roles That Were Recast Before Premiere 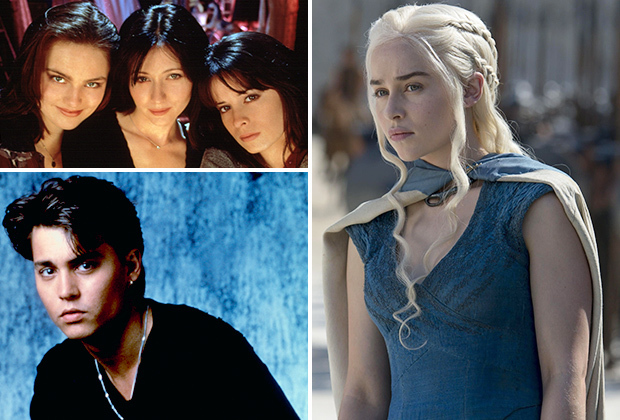 But by the time it came to film the pilot, Justin Hartley (now a star of This Is Us) had gotten tapped to play the splashy superhero.

As a guest on Smallville alum Michael Rosenbaum’s aways fantastic Inside of You podcast, Ritchson — who headlines Prime Video’s newly renewed Reacher — was asked if losing the role had irked him, and he maintained, “I wasn’t mad at all; why would I be mad?”

Ritchson went on to say that he had been eyeballed to continue the role, the prospect of which left him admittedly “overwhelmed.” As he explained, “I hadn’t done anything [at that point]; Smallville was my first gig.”

But as the pilot came closer to fruition — and just as The WB and UPN were merging to become The CW — Ritchson said the new netlet’s boss second-guessed the casting. (UPN president Dawn Ostroff segued to run The CW at its onset.)

“We started working on a deal… and the president of UPN… was lookin at this roster of shows and going, ‘Who the hell is that guy?’ Which is the same thing I would do!” recalled Ritchson with a laugh. “I was sitting there like, ‘I can’t believe it was this easy. I’ve been here three weeks and I’ve got my own show??'”

Ritchson says that his agents and such pushed back against the looming switcheroo, and for a hot moment it looked like the search for a new lead had come up empty. “And then like a week later,” Ritchson says he was told, “‘Actually, Justin Hartley just came off [the NBC soap opera] Passions and he’s available, and we’re going to go with him.'”

In the end, TV’s take on Aquaman got torpedoed at the pilot stage. (As Smallville co-creator Miles Millar told IGN, “All our executives who were hugely supportive of the show were suddenly gone and we have a new executive who literally says, ‘We’re the Gossip Girl network I don’t want anything to do with superheroes.'” #IRONY)

Regardless, losing out on the role came at the right time in Ritchson’s career. “I learned the best lesson I could, early on, to hold loosely to this stuff,” he said, “because nothing is guaranteed, and nothing is owed to me. if I hadn’t learned that lesson early, I would have been an entitled a–hole.”

Watch the trailer for Hartley’s Mercy Reef below: