THE PERFORMANCE | When 1883 premiered earlier this year, we expected Capt. Shea Brennan to be your typical, taciturn cowboy who keeps a tight rein on his horses and an even tighter one on his emotions. But that was before we became aware of the impressively vulnerable performance that Elliott would turn in, week in and week out.

Sunday’s episode was the perfect example of how Elliott has brought to life a man so outwardly gruff, yet so painfully undone by the deaths of his wife and daughter — and so surprisingly willing to acknowledge that all-consuming grief. Take, for instance, Brennan’s interaction with Isabel May’s Elsa near the top of the episode, in which he empathized with her sadness over Ennis’ murder. Elliott filled the conversation with calm acceptance. Both his eyes and voice softened as Brennan spoke plainly, yet with such understanding and compassion, to the grieving teen. Even when Brennan was just listening to Elsa speak, Elliot’s performance keyed the audience in to a fundamental truth about the character: This was a man who not only had experienced great loss, but who immediately recognized a fellow traveler on that same, sad path.

We were most affected by the simple, incredibly effective way that Elliott did not make any attempt to hide Brennan’s tears. As the wagon-train leader talked about keeping himself alive long enough to see the ocean (which was his late wife’s dream), the actor’s eyes filled up and his voice caught. But the reaction was not undercut with embarrassment or shame, just a deep weariness and resignation to the unfairness of life. It felt very real — much like the rest of Elliott’s understated, exquisite work on the Paramount+ series. 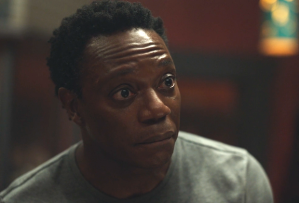 HONORABLE MENTION | When Peacemaker’s Adebayo realized that Murn was a Butterfly, one thing we did not expect to come out of the ensuing confrontation was such a moving performance by Chukwudi Iwuji. After Murn explained how the rest of his extraterrestrial kind had decided to take over humans in positions of power, Adebayo pointed out that he had stolen a life, as well. “I needed to stop them!,” Murn shot back. “So I inhabited the worst person I could find,” a former mercenary. “This man, Leota… he’s a murderer,” he added, Iwiji’s eyes registering both a certain shame and begging for understanding. “He could have changed, and I took that from him … and every day I dread waking up to his memories.” It was Iwuji’s most emotional work thus far (and by a long shot, as taciturn Murn), and it was worth the wait. 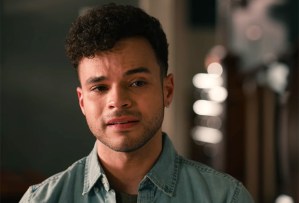 HONORABLE MENTION | Sweet Magnolias may fall on the lighter end of the dramatic spectrum, especially for a Netflix original, but the heaviness is real in the small-town drama’s second season. Nearly every character has a moment in which they completely fall to pieces, or in the case of Chris Medlin‘s Isaac, a moment in which they want to finally feel whole. During a chat with Helen in Episode 2, Isaac reflects on his fortunate childhood with adoptive parents who loved him. And even knowing that he was afforded a better life because his birth parents didn’t raise him, the pain of not knowing whose eyes are staring back at him everyday will never go away. The words are heartbreaking, but it’s Medlin’s delivery that really cuts deep. And that strong performance carries through the rest of the season, culminating in a truly satisfying conclusion. 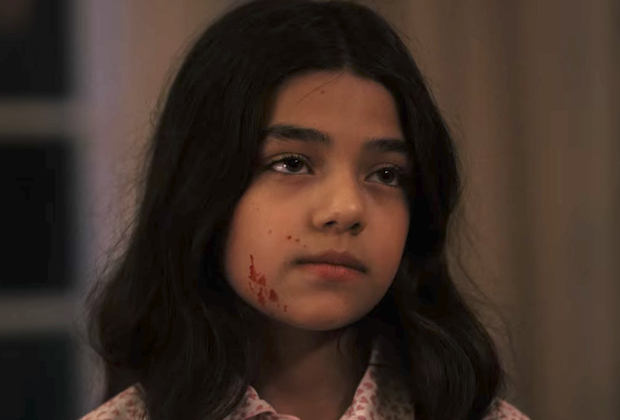 HONORABLE MENTION | When the finale of Netflix’s The Woman in the House… made its killer reveal, we were genuinely shocked. But the big twist wouldn’t have necessarily worked for us had it not been for the pitch-perfect casting of Samsara Yett. Her believable portrayal of homicidal Emma was equal parts adorable and creepy — just precious enough to throw us off the scent in previous episodes, and sinister enough to convince us that she was capable of offing her parents (and her teacher… and her father’s girlfriend) in cold blood. As the 9-year-old detailed her spree and how she managed to pull it off, Yett managed to make our blood curdle (as she revealed her intent to pin the murders on Anna) and tickle our funny bone (as she shrugged that she killed poor Neil because of his god-awful ventriloquist act). Suffice it to say, this kid is going places.