Promised Land viewers finally got to find out how Joe, Billy and Lettie became a part of Margaret’s world on Monday’s installment of the soapy ABC drama.

The flashback also exposed Margaret’s father Old Man Honeycroft, who used to own the Heritage House Vineyard, as a racist. When he came home after a work event and discovered Margaret was paying Lettie to tutor her in Spanish, he snidely observed that they could afford a $20 professional, but instead, Margaret chose a “w–back.”

Matt Lopez, the creator and executive producer behind Promised Land, reveals that having Honeycroft say this loathsome and offensive slur is something he had to fight to keep on the show.

“That was America in 1987, and sadly, it’s still America today,” Lopez observantly tells TVLine. “It was just more out in the open in 1987. I found myself in the unusual position of being a person who, in my lifetime, has been called a w–back but still argued with the network to use that word.”

He adds that “Broadcast Standards and Practices wanted to take it out because it is offensive. And I said, ‘Oh, I know. I’ve been called it.’ I understood why they didn’t want to upset people, but to just kind of sweep it under the rug didn’t feel like the right answer either.” 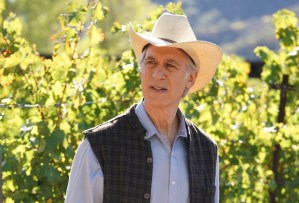 “He’s very much a man of his time as a California agriculturalist who used a lot of immigrant labor,” Lopez explains. “He says that slur with such casual indifference. If you were to interview him, he would deny being a racist. His daughter Margaret, in contrast, is not that. I love that she symbolizes breaking the cycle of racism and prejudice and makes up her mind not to be her father.”

Because of this, Lopez foreshadows Margaret potentially still being in love with her ex-husband Joe. This is just one of the many twists Promised Land fans can anticipate. There will be a jaw-dropper involving sisters Veronica and Carmen, now that Carmen has covered for her big sis.

“Veronica, like everyone else in their family, underestimated Carmen,” Lopez foretells with a chuckle. “This changed when Veronica saw how Carmen charmed the dealership owner and now she realizes Carmen has untapped skills. Carmen, on the other hand, admires and loves Veronica and wants what she has with her career and family but doesn’t know how to get it. We will see Carmen going in that direction.” 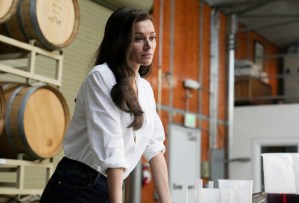 Thankfully, Lopez promises, this will not involve anything seedy with Veronica’s hubby.

“There are moments of stress that will test their relationship,” he continues. “And the husband is involved, but not in the way you would think. There are a couple of really delicious jaw-droppers coming up, and in one of them, Carmen and Veronica are definitely involved.”

Are you excited about what the rest of Season 1 has in store? Drop your thoughts in the comments.