THE PERFORMANCE | Hell hath no fury like Ruth Langmore scorned.

In Ozark‘s Season 4A finale, the plucky, potty-mouthed heroine’s worst nightmare was realized when she came upon the bullet-ridden corpse of her beloved cousin Wyatt, triggering a tsunami of fury within her — and giving Garner the best showcase of her already-storied career.

The fact that Garner — who already has two Emmys under her belt for her breakout Ozark work — is able to maintain the high bar she has set for herself as Ruth is a miracle in and of itself. But in “Sanctified,” she cleared that bar (and then some) with a jaw-dropping performance that quite literally took our breath away.

Ruth has had her share of histrionic meltdowns before. Garner, however, let us know right out of the gate that this time was different. Wyatt’s brutal murder crossed a line.

During Ruth’s initial frenzied call to prime suspect Frank Jr., Garner delivered her dialogue with the rapid-fire belligerence of someone whose body was still in shock. And when it became clear that Wyatt’s blood trail led back to Wendy and Marty, Garner transformed Ruth into a woman possessed.

As Ruth charged into the Byrde’s home with rifle in hand and demanded to know who executed the hit on Wyatt, Garner’s aggressive posturing and ferocious delivery of “I’m going to kill you if you don’t tell me!” made us believe that she would, in fact, take both of them out in a heartbeat. And when condescension/crocodile tear queen Wendy seized on the opportunity to gaslight a grief-stricken Ruth into thinking she had lost her mind, Garner revved Ruth’s intensity level up to a terrifying and oh-so-satisfying level. (I defy you to find an Ozark fan who did not respond to Ruth calling Wendy a “f–king c–t” with a Meryl Streep-at-the-Oscars-style standing ovation.)

Just when you thought it was impossible for Garner to turn Ruth’s ferocity dial up any further, Ozark‘s best character by a landslide responded to Wendy and Marty’s maddening pleas for calm with a guttural, unequivocal, ear-splitting, “If you wanna stop me, you’re gonna have to f–king killllllllll meeeeee.”

Amid all the verbal fireworks, Garner somehow managed to ground every thunderous syllable of Ruth’s two-minute takedown with profound, unmistakable grief. She turned Ruth’s pain into high art. And it left us gutted. 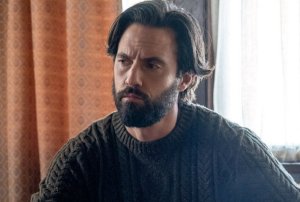 HONORABLE MENTION | This Is Us‘ Jack is a man who keeps his hurt hidden, even if it means he only hurts himself more in the process. That insight has been integral to Milo Ventimiglia‘s solid portrayal of the character for the past six seasons, and it showed up beautifully in this week’s episode. At the end of the hour, Jack was overcome with memories of his recently deceased mother and had to step away from his kids as the emotion became uncontainable. With his back to Jack’s family, Ventimiglia filled the room with his character’s mingled grief and shame, back bowed as a sobbing Jack realized what he’d lost. Then just as abruptly as he’d made Jack fall apart, he pulled him back together, slipping the father of three’s “everything’s fine” façade back into place with a practiced hand. If this was Ventimiglia’s last big outing in the show’s final season, he definitely did it justice. 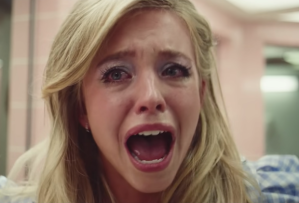 HONORABLE MENTION | For the record, Euphoria‘s Cassie has never, ever been happier, OK? (And she is not auditioning for Oklahoma!, either.) We’re very worried about where Cassie’s story is headed on the HBO teen drama, but we were also very impressed by Sydney Sweeney‘s boldly vulnerable portrayal this week, as Cassie’s massive insecurities led to a bathroom freak-out for the ages. First, Sweeney brought a dead-eyed determination to Cassie’s multi-hour morning beauty routine, convinced that all her primping and plucking would catch Nate’s eye. Later, in the school bathroom, Sweeney was hilariously befuddled when the other girls insisted Cassie’s outfit looked like she was in Oklahoma! before she unleashed a wild-eyed, gasping confession that she and Nate have been sleeping together. The confession was just a fantasy, but Sweeney’s heart-wrenching work as a girl painfully desperate for approval? It’s very real. 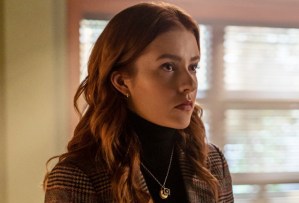 HONORABLE MENTION | There’s no mystery behind what makes Nancy Drew work. No matter how many vengeful spirits and supernatural catastrophes it throws our way, the CW drama remains grounded in a deeply emotional reality thanks to the chemistry and commitment of its cast. Everyone pulls their weight, but Kennedy McMann as Nancy remains the show’s undeniable anchor, and her incredible range of talents were on full display during Friday’s epic finale. From the loss of multiple loved ones to the loss of love itself, Nancy was put through a special kind of hell, one reserved for powerhouse performers like McMann, who navigated the tumultuous hour with strength and grace. McMann’s portrayal of the iconic sleuth has been a breath of fresh air since Day 1, and we don’t know what we’ll do if she doesn’t get to return for Season 4. (That’s one mystery we hope to never solve.)