The following post mortem contains major spoilers about Episodes 1-7 of Ozark‘s fourth and final season — proceed at your own peril.

Well, that one hurt. Ozark has whacked its fair share of pivotal characters over the course of its four-ish seasons, but no single cut was arguably as painful as watching poor, sweet Wyatt get his brains blown out by Navarro’s nephew-from-hell Javi in Season 4 Part 1’s final episode. Adding to the horror show that was Episode 7’s closing moments, Javi also murdered Wyatt’s newly-minted (albeit far from virtuous) bride Darlene.

The tragedy sent Wyatt’s cousin Ruth on the warpath ahead of Season 4’s final seven episodes (set to bow later this year). It also sent us looking for answers, so we rang up showrunner Chris Mundy and lightly grilled him about the decision to take out one of Ozark‘s few decent creatures. We also queried him about Wendy’s rapid descent into madness, Maya’s 11th hour curveball and more. (Meanwhile, you can read Mundy’s take on that season-opening car crash here.)

TVLINE | You killed Wyatt. Why’d you have to go and do such a thing?
It was so hard. That was something that evolved. It wasn’t the original plan. There aren’t very many sweet or pure souls on our show. [Laughs] And he is one. Also, I just love [his portrayer] Charlie Tahan. Obviously, you separate the actor from the role, but [my instinct] is to want to protect Wyatt. So [killing him off] was really hard.

TVLINE | Was there much debate among you and the other writers and producers about whether to go through with it?
There was a fair amount of debate. But we knew we were writing toward an end, so for us it was like, “You know 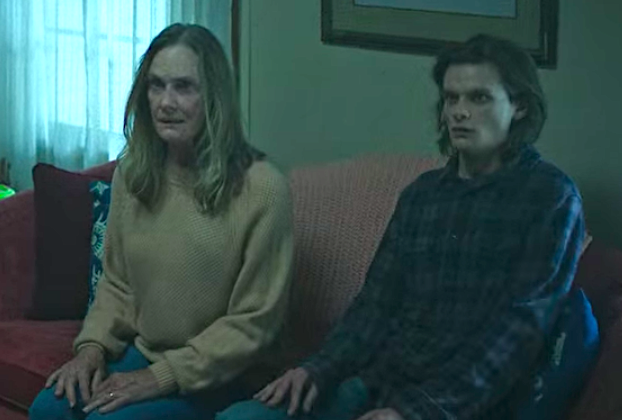 what? Even though it’s a really hard decision, we’ve got to do the thing that pushes Ruth to [her] most raw.” It was the only thing that could lay her bare. So we had to. If it was Season 2, we wouldn’t have done it. I would not have wanted to be without Wyatt for that long. But knowing we were coming to the end — and what it could do to the dynamic for the final seven episodes — I knew it was the right decision.

TVLINE | One of the silver linings is the performance it elicited in Julia Garner. Her work in that showdown with Marty and Wendy was phenomenal. Also, her calling Wendy a “c–t” was the most satisfying moment of the show to date for me.
[Laughs] That whole performance was so animalistic in its intensity. Julia is, like, 100 pounds soaking wet. But she was 300 pounds of power in that scene. It was crazy. She was so great.

TVLINE | Did she build to that Intensity as you did the various takes?
She started at that intensity. And actually [director] Robin [Wright] pulled her back a little, just to have levels. But Julia was like, “Nothing will ever affect Ruth in the way that [Wyatt’s death] just did. It’s the thing that will cause the most emotion out of Ruth ever. And I have to understand that in my body and match it.” And she did.

TVLINE I fully believe that she would’ve killed Marty and Wendy had they gotten in her way…
Absolutely. 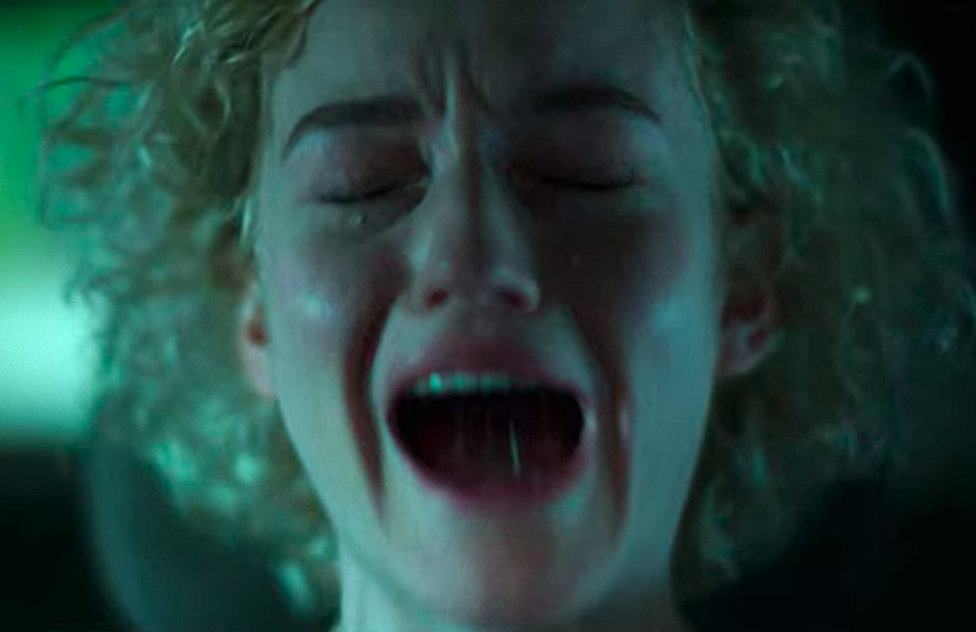 TVLINE | That last, silent shot of her screaming in her car was a nice touch.
That was Jason’s idea. He was just like, “Let’s try it once without the sound.” And we were like, ‘Oh, damn.” That’s what’s fun about the editing room: You can take something that was already really good and [make it] different and better.”

TVLINE | Does Wendy still think she’s doing all of this for her family?
We’re playing with Wendy’s sanity quite a bit, especially in the [final] seven [episodes]. How tethered to reality is she really? Is it a lie she’s telling herself? Or does she sincerely believe it? I think it’s a little bit of both. I think she really does believe she wants to do good. But, at the same, she’s done so much bad that she has to double and triple down on it to even believe that little kernel [of truth].

TVLINE | Ben’s death seems to have hastened her downward mental spiral.
We wanted his death to not have been for nothing in terms of the impact on not only Wendy, but Jonah and Ruth, too. It was really important for us to keep his [spirit] — and the pressure on Wendy — alive. From Wendy’s [POV], if they don’t get out on the other side [of this nightmare], and do good in the way that she is thinking she can do good, then she killed her brother for nothing. So that extreme pressure coming down on her is kind of making her crazy in a way.

TVLINE | She also just seems like she’s on one helluva ego-boosting power trip. Also: She just wants to win.
I think that’s accurate. I think she’d tell herself that she wants to win for the right reasons. Coming to the Ozarks created a fusion of her North Carolina and Chicago political selves; it was kind of like this perfect marriage where suddenly she was everything she could be. And then [when you add to that] the sheer adrenaline of the crazy situation they’re in, and her proximity to power [via] Navarro], it created a fire in her that she can’t quite get rid of. She said it to Ben last season: When you’re running for you life everything else feels exceedingly boring. And then Navarro recognizes this in her in Episode 7 of this season. And she’s coming around to that notion. She doesn’t know if she can live in any kind of stillness.

TVLINE | You know you’re in trouble when the world’s most dangerous drug kingpin knows you better than anyone else.
[Laughs] That’s right. She’s like, ‘He sees me more than my husband does.”

TVLINE | Was it always the intention to go this dark with the character?
It really evolved. It’s the really nice thing about TV… You can react to what you see as you go, season-to-season, episode-to-episode. We wanted to tap into the political side of her in Season 2, because that was in her past. But then we started putting her childhood [baggage] into the mix, and it just happened organically. And Laura’s just so good. You look at what she can do and make look effortless and you just keep feeding it. It’s the same thing with Jason and Julia. 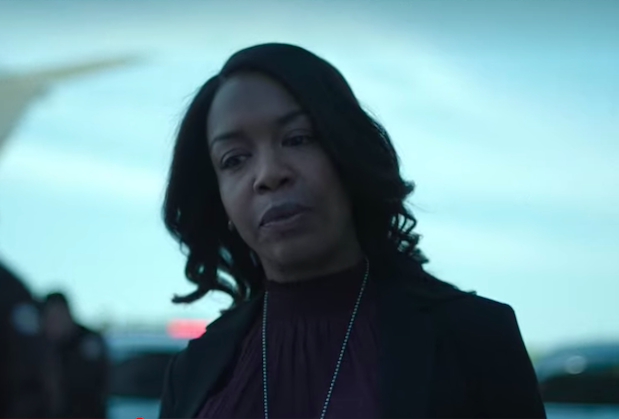 TVLINE | Maya turning the tables on her superiors at the FBI and having Omar arrested — that’s not gonna be great for her career, right?
She has totally screwed over her bosses. She basically committed career suicide to remain true [to herself]; she just could not break her moral code. She couldn’t compromise. But they can’t come out [against her] publicly because, what, she wasn’t supposed to arrest the biggest drug kingpin in the world? So she’s sort of persona non grata [at work], but publicly kind of a hero.

TVLINE | Will we see the repercussions of this play out for her in the final seven episodes?
We don’t go heavily into it, but yes, absolutely. It’s not the last you see of Mya.

TVLINE | Obviously, you can’t talk too much about what’s to come in the final seven episodes. But can you tell me if the Season 4B premiere picks up right where we left off?
We pick up right away. We would be cheating everybody if we jumped past the emotional place we were in [at the end of the episode].