Amy Schneider‘s record-setting Jeopardy! winning streak came to an end on Wednesday’s show after the game show phenom got tripped up on the Final Jeopardy! clue.

Talsma nailed a key Daily Double late in the Double Jeopardy! round, which kept the game competitive heading into Final Jeopardy! (where Schneider led Talsma $27,600 had $17,600).

The Final Jeopardy! category was “Countries in the World” and the clue read: “The only nation in the world whose name in English ends with an H, it’s also one of the 10 most populous.” The correct response: “What is Bangladesh?” 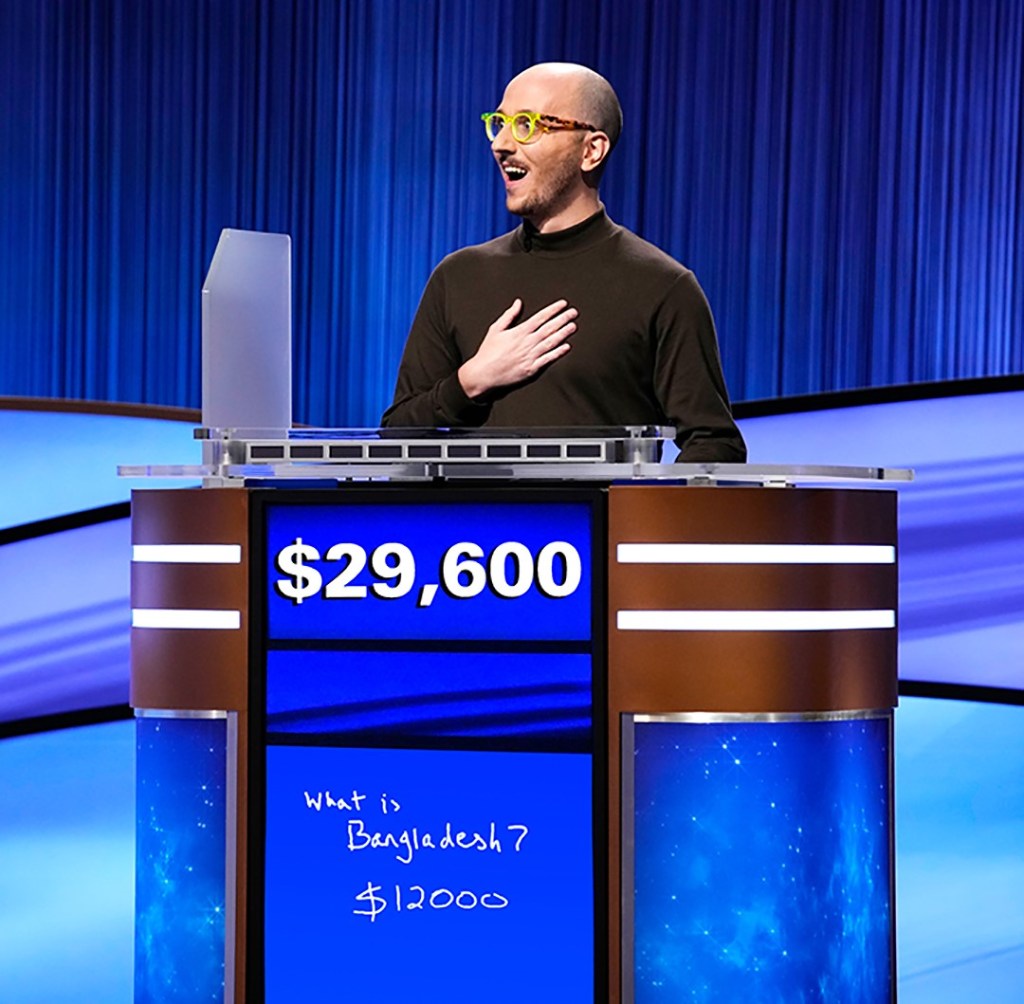 “It’s really been an honor,” she concluded. “To know that I’m one of the most successful people at a game I’ve loved since I was a kid and to know that I’m a part of its history now, I just don’t know how to process it.”

Schneider will return for the Tournament of Champions this fall.