We’ve got questions, and you’ve (maybe) got answers! With another week of TV gone by, we’re lobbing queries left and right about dozens of shows including Euphoria, How I Met Your Father, Batwoman and Ghosts!

1 | Ray Donovan fans, did you interpret the final moment in the Showtime’s wrap-up movie — with Liev Schreiber’s titular fixer emerging from the swimming pool and walking towards the sun — as confirmation that he died from his gunshot wound? 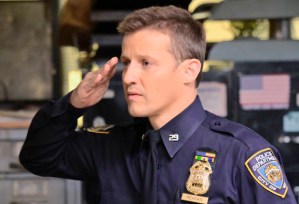 2 | As Blue Bloods‘ Danny hopefully learned, would a regular person ever cover the dinner tab of a celebrity they just met? A celebrity such as Jimmy Buffett, who’s sitting on royalties from a 50-year career? Also, wasn’t it pretty pat that Jamie’s ill-received  “Salute the Desk” rule very randomly justified itself within a matter of days?

3 | On Euphoria, whose mental health currently has you the most concerned: Rue, who continues to slide down her spiral, or Cassie, whose “relationship” with Nate seems like a Dateline episode in the making? How the heck did Nate find Cassie after she ran into that maze of half-built houses? And we know it has a zero percent chance of ending well, but are you still kinda ‘shipping Lexi and Fez?

4 | Yellowjackets finale spoilers ahead! If Lottie is, indeed, alive in the present, who would be your dream casting pick to play her? What kind of election has its “results” announced the next day? Shouldn’t Taissa have been too busy with last-minute campaigning to hide a body and attend her high school reunion? And does that mean the high school reunion was held on a Tuesday?

7 | Anyone else spot The Neighborhood‘s very special guest star this week?

8 | Couldn’t NCIS: Hawai’i‘s Lucy have gone undercover as, like, a spoiled Los Angeles socialite at the poker game, instead of an overly attention-drawing, “Y’all”-heavy “Texas princess”? 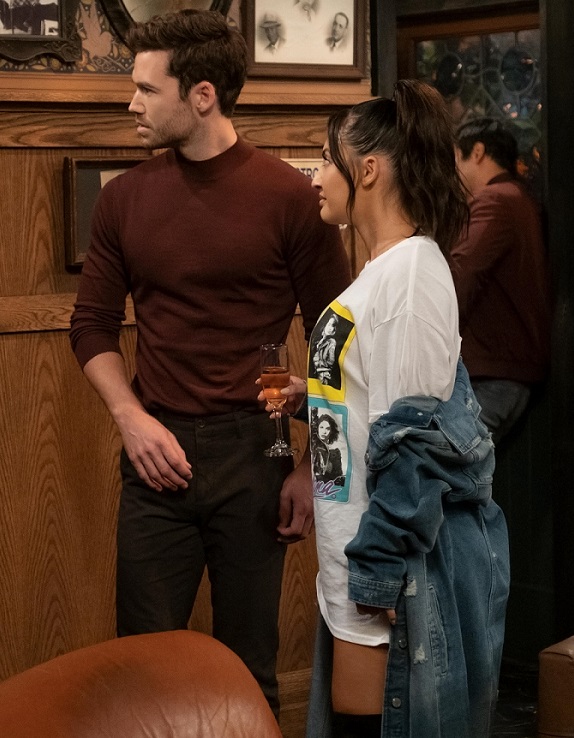 9 | On How I Met Your Father, where were Valentina’s pants while she was running around New York City in basically an oversized t-shirt that you’d sleep in?

10 | What does This Is Us have against cooking appliances/tools? First the slow cooker, now a smoker… Also, how subpar was Kate and Toby’s babysitter that she couldn’t handle a toddler meltdown on her own? And is anyone else worried about how insufferable Toby will be by the time his son Jack gets injured?

11 | Since New Amsterdam brought up Vijay this week (and Dr. Kao was let go), who the heck is the Head of Neurology right now anyway? And why would Trevor think it was OK to flirt with his boss if Iggy were straight?

12 | Were you taken aback by how different Superman & Lois‘ Lucy Lane story is compared to Supergirl‘s? And how long do you think it’ll take for Sarah and Natalie to end up together? 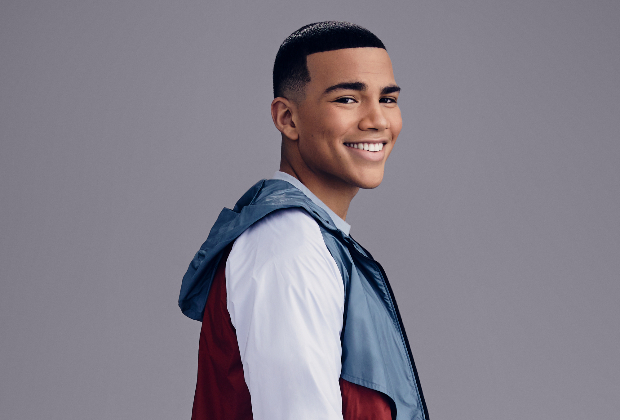 13 | Is it us or does Naomi‘s Nathan, played by Daniel Puig, sound like and resemble a young Obama? (Does that make Naomi a young Michelle?)

14 | Did the first few minutes of this week’s Queens make you think you’d tuned in to a different show?

15 | Which was the sillier, extremely public place for The Kings of Napa‘s August and Dana to discuss their late father’s secrets — backstage at the gala where he was being honored, or loudly at a busy restaurant? And why wouldn’t Bridgette close the door behind herself and August to show her the letters Reginald wrote to her mother? 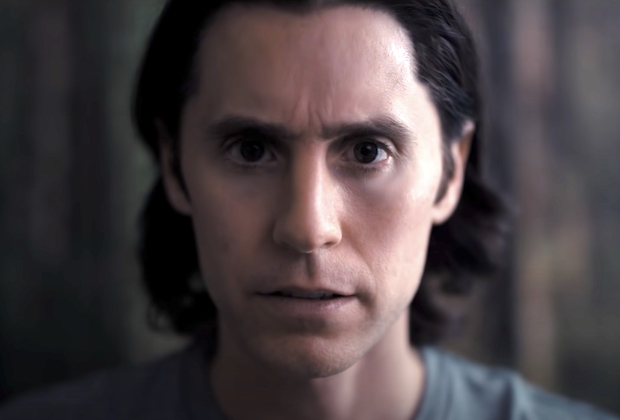 17 | Why would Boba Fett think his armor was still in the Sarlacc Pit? Did he not remember having it on when he crawled out? (If the Beskar in fact saved him from dissolving, as Fennec suggested, wouldn’t that have been his second first hint?)

18 | On Legends of Tomorrow, whose reality show transformation did you enjoy most? And did Behrad’s “real” moment take you by surprise with its sincerity? 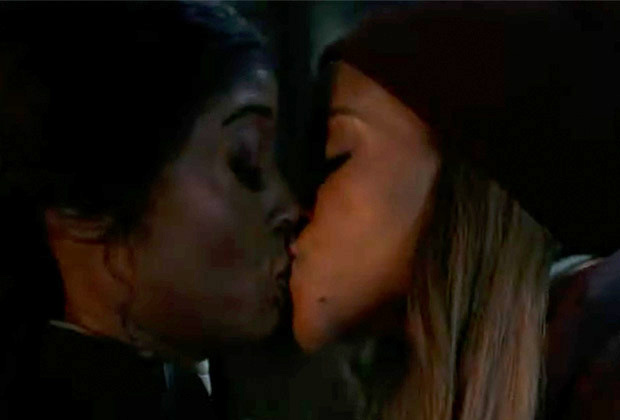 19 | Batwoman fans, were you surprised it happened like this? Does this mean we’re finally getting a Ryan-Sophie romance?

20| Out of the four Amazing Race teams who couldn’t return to the show post-COVID lockdown, which duo is the biggest loss?

21 | Were you pleasantly surprised when Sistas‘ Calvin handily handled the man who disrespected him? Were you also nervous, considering the “pirouette” Jacobi caused Calvin to do when he knocked him out last season?

22 | In his dad’s house, Peacemaker walked by a TV news report about a gorilla having escaped the zoo that morning. So how did the newspaper headlines at the jail say “Gorilla Still Missing”? (And does anyone suspect we will meet said gorilla?)

23 | If And Just Like That‘s Carrie has millions of dollars, why is she staying in her old apartment with a noisy neighbor keeping her awake downstairs? Go spend the night in a luxury hotel suite!

24 | Given how many recurring characters the Bel-Air reboot seems to be adding, at what point will we meet Hilary’s eventual fiancé Trevor? And do we think history will be rewritten so he doesn’t die in a bungee-jumping accident on live television? 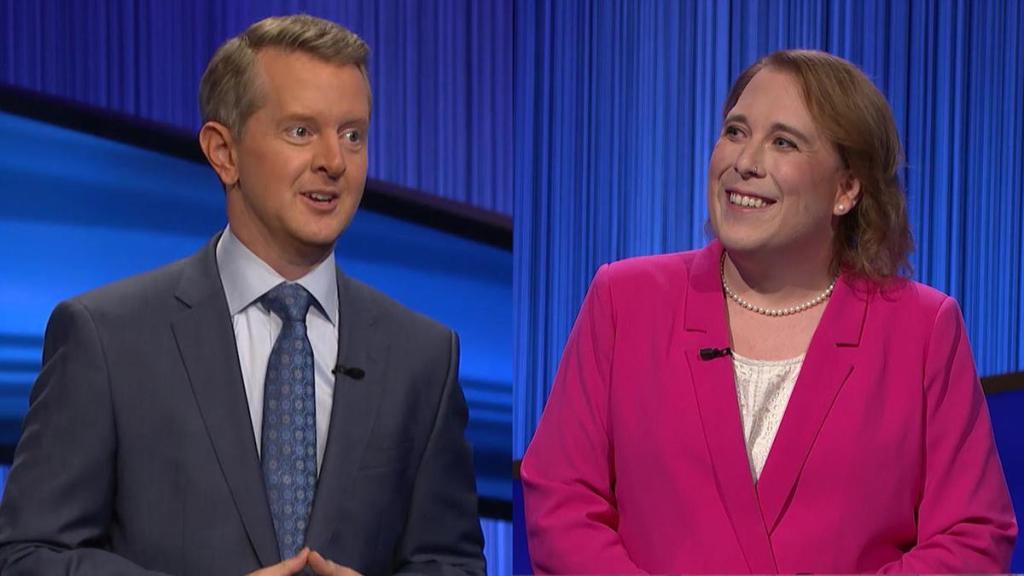 25 | What are you finding to be the bigger draw to be on Jeopardy! at the moment: Amy Schneider’s record-breaking winning streak, or her delightfully warm and funny repartee with host (and fellow champ) Ken Jennings?

26 | Were you half expecting Thursday’s Young Sheldon, which saw the boy genius sneak off to his first-ever comic book convention, to be the origin story of when he went to see no-show Wil Wheaton? And did you ever think you’d see former Blue Clues host/Sheldon theme song artist Steve Burns back on the Big Bang Theory prequel following his Season 3 cameo as Nathan?

27 | Liz’s death on The Blacklist certainly was tragic, but how many times is the show going to make us rewatch it? 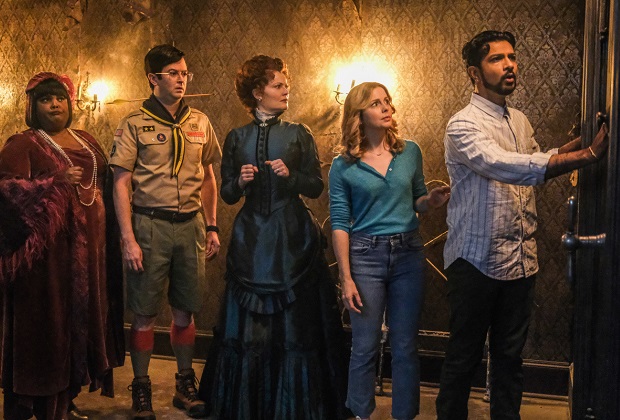 28 | Didn’t you think Ghosts would explain why the secret vault door was randomly impenetrable…?

30 | Doesn’t Servant‘s Julian have anything better to do than hang around his sister’s family and their creepy nanny?