Mid-argument with Max, Helen received a call, and from her stricken response to the person on the other end of the line, it was clear that something very terrible had happened. Then near the end of the hour, a tearful Ella showed up at Iggy’s office. “It’s Vijay. He…” she announced, her distraught voice trailing off.

“No, no, no,” Iggy exclaimed, hugging her. Not long after that, Max and Helen showed up at the hospital, reuniting with their heartbroken coworkers. When Ella remarked that they didn’t have to come, Max insisted they did. “We’re family,” Helen added. 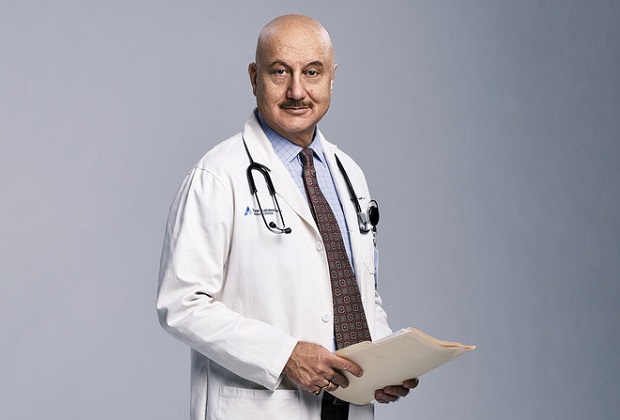 Last April, it was announced that Anupam Kher, who played Dr. Vijay Kapoor, would not be returning to the series for personal reasons. At the time of his exit, the actor’s wife, actress Kirron Kher, had been undergoing treatment for blood cancer, The Hindustan Times reported.

Vijay last appeared during the beginning of Season 3, when the show used footage from its unaired Season 2 influenza pandemic episode, in which Dr. Kapoor caught the flu. In his final installment, Vijay survived his battle with COVID-19, but Iggy later learned that open-heart surgery and then a difficult rehab process had left him unable to resume his job as the Head of Neurology.

“This past year has been difficult for so many people around the world, not least for Dr. Kapoor,” Kher said in a statement following his departure. “It was an incredibly special time for me to be part of this show and one I will never forget. The New Amsterdam family will always hold a special place in my heart. I am grateful to the audience for their love, support, and good wishes, particularly for my wife, Kirron, at this time. I hope you all will continue to join me on my journey and future projects.”

New Amsterdam fans, how did you react to the news about Vijay?