Sophie first steps foot in Jesse and Sid’s apartment. But beyond that, just how eagle-eyed should longtime fans be in pursuit of additional Easter eggs that tie the two sitcoms together?

“I think pretty eagle-eyed,” series co-creator Isaac Aptaker tells TVLine. “That’s something we love from the original. It’s also something [co-showrunner Elizabeth Berger and I] love doing on This Is Us, where everything is very, very intentional. These shows are so much fun because they are puzzles. They take simple moments, very grounded moments, and make them feel huge, all by storytelling and how information is very carefully revealed. We’re a big fan of elements like that, and people should certainly be watching for them.” (Among the first Easter eggs spotted: the pineapple-shaped cutting board seen in Sophie and Valentina’s kitchen — an obvious callback to the HIMYM episode “The Pineapple Incident.”) 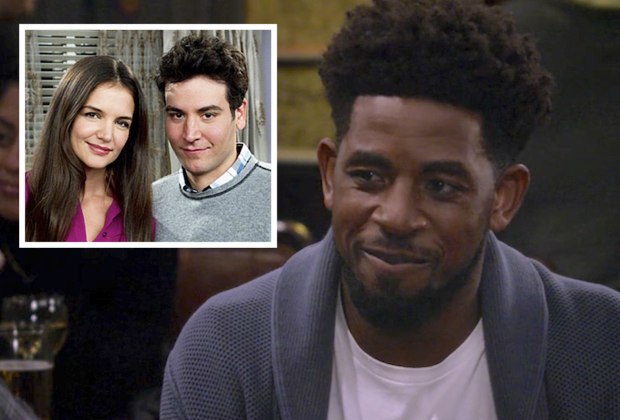 Asked whether we should read much into Ian’s profession, Aptaker is imprecise. “Whether that specifically connects to Katie Holmes, I will not say,” he answers. “But yes, that sort of level of randomness and detail [is baked into the show, and] there are connections to be drawn throughout.”

Will you be paying close attention to future episodes of How I Met Your Father for additional Easter eggs?