It’s nearly 24 minutes into the How I Met Your Father pilot before its connection to the Mother-ship is made clear.

After walking the Brooklyn Bridge, Sophie, Valentina and Charlie follow new friends Jesse, Sid and Ellen back to Jesse and Sid’s place. When they open the door, it’s revealed that they live in the same apartment that once was home to How I Met Your Mother‘s Ted (Josh Radnor), Marshall (Jason Segel) and Lily (Alyson Hannigan).

According to Jesse, he and Sid got the place “from this old married couple who posted it on the Wesleyan alumni group,” which suggests they’ve been subletting from Marvin and Daisy’s parents. (As you’ll recall, Marshall and Lily realized they needed a bigger place in the HIMYM finale, upon the return of the mystical cockamouse and prior to the arrival of Baby No. 3.) It also implies that either Jesse or Sid (or both) attended the same alma mater as three-fifths of the former friend group — albeit years apart. 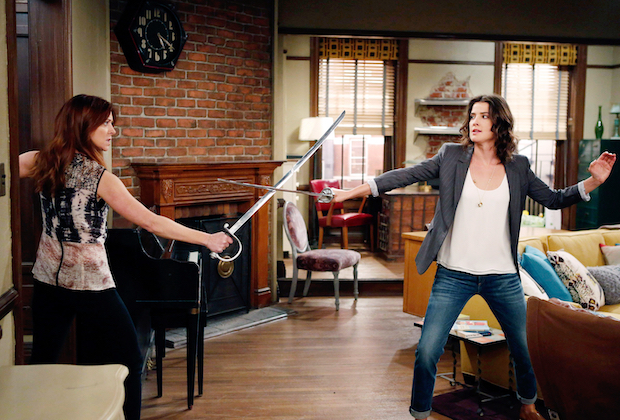 And while the apartment has received a fresh coat of paint, something that belonged to its original occupants remains: Ted and Marshall’s swords, which first came to use in the HIMYM episode “The Duel,” and now hang over Jesse and Sid’s fireplace.

According to series co-creator Isaac Aptaker, the decision to tie the sequel series to its predecessor using the apartment — not as a primary set, but as a secondary one — came after careful consideration. And for the same reason they chose not to have Sophie living there, they chose against repurposing MacLaren’s Pub in favor of establishing a new hangout spot, Pemberton’s. 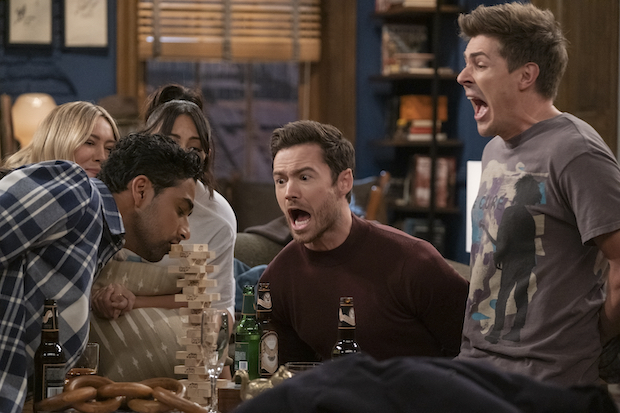 “For them to hang out at MacLaren’s, it would make it a little bit too much like, ‘Oh, we’re watching the same show,'” Aptaker explains. “We like the idea that they have their space and that one of our characters is a new business owner and is trying to turn this classic New York bar into something of his own. The guys living in Ted and Marshall’s apartment felt like just the right level of connection — that it wouldn’t be [Sophie’s] apartment, it would be two friends she meets along this journey.”

MacLaren’s, of course, remains directly downstairs from Jesse and Sid’s apartment, so anything is possible. When asked if Sophie & Co. might wander in there before season’s end, fellow co-creator Elizabeth Berger kept her answer vague. “There’s a chance,” she said.

Grade How I Met Your Father‘s first two episodes below, then drop a comment with your full review.