Isla Fisher and Josh Gad’s characters don’t have your typical meet-cute in Peacock’s Wolf Like Me (premiering Thursday, Jan. 13). 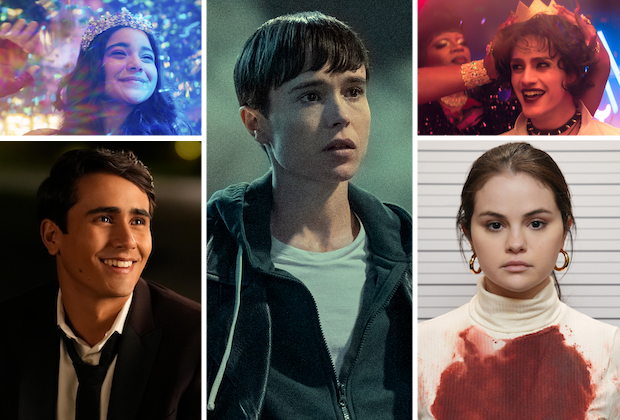 Written and directed by Little Monsters auteur Abe Forsythe, the half-hour dramedy centers on Gary (Gad), an “emotional wreck” who struggles to provide for his daughter Emma following the death of his wife; and Mary (Fisher), who harbors a secret she can’t bring herself to share with anyone. “The universe brought these two together for a reason,” the official/cryptic logline teases. “They just need to keep following the signs.”

In the trailer, Gary and Mary meet when Mary crashes into Gary’s car. Some time after the accident, Mary shows up at Gary’s house to check on Emma, who was in the backseat, and the pair form an unlikely love connection. But every time Gary gets close, Mary runs away — literally. And the increasingly unsettling footage suggests that something bad happened to Mary’s (ex?) husband.

Jodi Matterson, Bruna Papandrea and Steve Hutensky (Nine Perfect Strangers) executive-produce alongside Fisher and Forsythe — the latter of whom directed all six episodes (which are dropping at once).

In addition to Wolf Like Me, Peacock’s originals slate includes Bel-Air, a dramatic reimagining of the 1990s sitcom The Fresh Prince of Bel-Air that is set to premiere Sunday, Feb. 13; Girls5eva and Rutherford Falls, both of which were renewed for Season 2; and the Saved by the Bell revival, which is still awaiting word on a potential Season 3 renewal.

Press PLAY on the trailer above, then hit the comments and tell us if you’ll be adding Wolf Like Me to your Peacock watchlist in January.