It only took five seasons, but Insecure finally gave us an hour-long(ish) episode. The HBO comedy’s series finale saw Issa and her friends make big choices as they forged ahead with their lives. 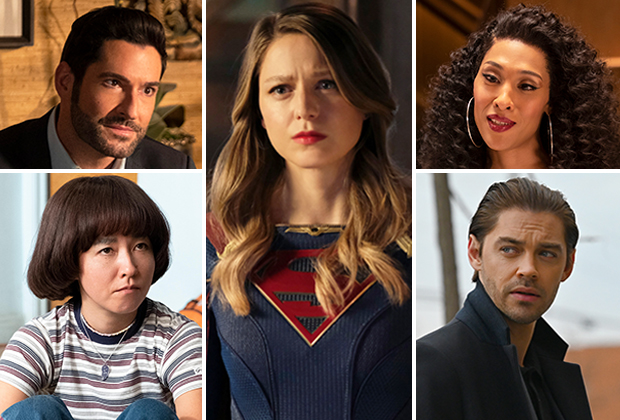 Picking up with Nathan and Issa on the car ride home after his scuffle with Lawrence, Nathan called their situation toxic and decided to break things off. A defeated Issa returned to her apartment alone, only to receive a text from Lawrence apologizing for what happened at the party. After crying all night, she woke the next morning to Molly bringing her food and alcohol to make her feel better. As Issa gathered herself in the bathroom, Mirror Issa mocked her for ending up the mess she is now. You really hate to see it.

Then it was time to celebrate Molly’s birthday. Issa threw her girl a party at her apartment with all her friends and loved ones there, including Tiffany, who came in from Denver. Kelli met a new man named Desmond, making everyone booed up except for Issa. It was a little awkward, but Issa focused on Molly, who kept changing her clothes because she was so nervous about meeting Taurean’s family. When Issa vented about needing a vacation to get away from everything, Molly urged her friend to stop feeling like a mess and look at how far she’s come. But the night really was about Molly who, after changing her outfit one more time, rejoined everyone to celebrate.

Cut to Issa rushing to Crenshawn’s pop up, worried about a burst pipe, which would have ruined his upcoming fashion show. But this wasn’t so much an emergency as it was a surprise birthday party for Issa. In lieu of gifts, her friends made donations to the Blocc and raised over $5k thus far. As Issa chased some birthday d–k, Molly informed Kelli that she talked to her firm’s partners about adding an estate division. Kelli seemed open to the potential new job and said she’d think about it.

If you thought Nathan arriving would make things awkward, you’d be semi-right. The exes finally cleared the air, with Nathan apologizing for what he said during their breakup. Lamenting their relationship, Issa told him she didn’t want him to have any regrets, and Nathan made it clear he doesn’t. After wishing her a happy birthday, the pair parted on good terms, and Issa went on to meet someone.

The girls made it out to Denver to visit Tiffany, who was now a homeowner. Unfortunately, Tiffany hated her new setting because she wasn’t working, and she didn’t sign up to be a “Real Housewife of Denver.” Her friends assured her that she’ll figure things out and the conversation moved to Issa’s new man, who has a good job and is good in bed, so she can’t complain.

Alone in the house with Molly, Issa tried not to think about Lawrence after seeing a photo of him with Elijah. This prompted Molly to ask what she would have said to Lawrence if Nathan hadn’t interrupted. Issa didn’t have an answer; after all, “It’s too late, anyway.” Molly reminded her that it’s not too late if that’s what she wants. Before they could get into it further, Molly received a call from her brother Curtis: Her mom died.

Jumping ahead, Issa called Lawrence on his birthday and offered to take him out to celebrate. However, Lawrence had a date with someone —whom he greeted with a kiss — but was open to grabbing dinner with Issa some other time. 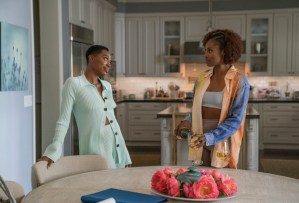 In the meantime, Issa attended Kelli’s birthday dinner with her now-boyfriend Nasir. Kelli revealed that she’s pregnant, much to everyone’s surprise, including Issa, who reminded Kelli she didn’t want kids. But after “almost” dying, Kelli realized she wanted kids with Desmond.

Molly was still MIA after her mother’s death and hadn’t called Issa back yet. Issa brushed this off and focused on Nasir, who was waiting for her in the bedroom. Mirror Issa was hyped about all their friends making choices and going on their respective paths, but Issa wasn’t so convinced about hers. When Lawrence decided to call — this man’s timing is impeccable — Mirror Issa warned her not to pick up. After all, she’s got a good man on the other side of the door! Taking up Mirror Issa’s advice, Issa ignored her phone and resumed the night with Nasir.

Molly’s birthday came around again, and Issa checked in on her friend, who’s thinking about her mom and the fact that they were just celebrating together last year. Molly missed her mom, and both friends wondered when life got so real. They acknowledged that it had gotten harder to maintain their friendship, but Issa was determined to take her girl out to dinner on a different night since Taurean had her for that night. Kelli barged into Molly’s office — she took the job, after all —  to chide her friend for staying at work when she needed to go home and get ready for her birthday dinner with her man.

Sometime later, Issa was examining color samples for the Blocc’s new office when Lawrence arrived. Opening up to him, she spoke of all the insecurities in her head that held her back, that she needed to believe it would work out for it to work. But they were no longer talking about her career, especially when Lawrence asked if she believed whether it would work out. “I’m OK with finding out,” Issa told him. They embraced and then kissed and then… Issa clumsily kicked over a coffee mug.

A year later, the gang came together to celebrate Molly and Taurean’s wedding. Molly danced with her father, tearfully remembering her mom. But she now had Taurean, who pulled her in for an upbeat dance to “Feels Good” by Tony! Toni! Toné! The party was also bittersweet for Issa, who expressed joy for her girl but knew things would be different now. Later than evening, as Issa helped Molly out of her dress, a teary-eyed Molly thanked a teary-eyed Issa for everything — for “loving me while I was me.” Cue the buckets of tears as both friends embraced and told each other, “I love you.”

And in case you were wondering if Issa got her happy ending, the final scene gave an update on the show’s main character. The Blocc was booming, and Issa hopped in her Lexus to make the drive home after another productive day. She passed the Dunes (where Thug Yoda was snapping pics of his daughter out front); her old job We Got Y’all, which moved into a bigger space; and a man in a Best Buy shirt walking to his car in front of a Rite Aid.

She arrived at her much nicer home to find Lawrence and a now-talking Elijah waiting for her. The excited boy even decorated her birthday cake. They decided to have some cake and ice cream before Lawrence took her out to dinner. Issa looked genuinely happy and content while getting ready in the mirror with an engagement ring on her finger. She received a call from Molly, who was vacationing with Taurean in Greece. The series ended as it should — with Molly and Issa chatting and living their best lives.

As for the final music cue? The beloved series went out with Kelis’ “Bossy” transitioning into the credits.

What did you think of Insecure’s ending? Grade the series finale below, and let us know your thoughts in the comments.