Abigail Stanton isn’t the only familiar face we see in When Hope Calls‘ Season 2 premiere.

More than two years after Abigail abandoned her mayoral duties in Hope Valley to care for her sickly mother out East, Lori Loughlin’s character returns to the When Calls the Heart universe alongside her adopted son Cody (played again by Carter Ryan Evancic) in Saturday’s Christmas-themed two-parter — now a GAC Family Original. Upon arriving in Brookfield, Abigail is reunited with Lillian — a character first introduced in the 2018 TV-movie When Calls the Heart: The Greatest Christmas Blessing — and has brought with her an orphan named Roy to come stay at the New Hope Orphanage, which Lillian now operates without the help of her sister Grace (played in Season 1 by Jocelyn Hudon).

At one point, we are informed that Grace has married Chuck (fellow former cast member Greg Hovanessian) and moved to London, where she has opened yet another orphanage. (Side note: It’s awfully sad how many orphanages are needed to house all the children in the WCTH universe.) Chuck’s mother Tess receives a telegram from her newly wedded son at the end of the second hour.

As for Abigail, she tells Lillian that her once-ailing mother is all better now (it’s a miracle!). At no point does she specify whether she and Cody have put down roots out East — or anywhere else for that matter. What we can deduce is that Abigail, at the very least, is attempting to stay in touch with some of her former friends in Hope Valley, even if she hasn’t made a return visit just yet. Towards the end of the first hour, she heads into town to send a letter to businessman Henry Gowen. 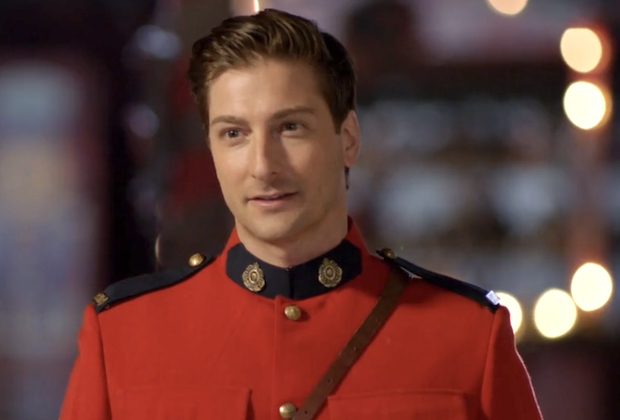 Abigail is eventually reunited with Daniel Lissing’s Jack Thornton — who, as longtime Hearties will recall, died off-screen at a Mountie training camp in WCTH Season 5. He comes to her in a dream and asks her to deliver a message to his widow, Erin Krakow’s Elizabeth, who recently moved on with Lucas.

“Oh, Jack,” Abigail answers in tears. “There is so much that she wants to tell you.”

“And one more thing,” Jack says. “You tell her that true love never dies. I know that now more than ever.”

He bids Abigail a final farewell, then vanishes into thin air before she wakes from her dream.

When Hope Calls marks Loughlin’s first acting gig in more than two years. When Calls the Heart had already completed production on Season 6 when the Full House vet was implicated in the infamous college admissions scandal of 2019. In turn, the Hallmark Channel series went on a brief hiatus and returned three months later, with Loughlin’s scenes scrubbed from Season 6’s remaining seven episodes.

Beyond Saturday’s two-hour event, it is unclear whether Loughlin will return to When Hope Calls or the greater WCTH universe. What we can confirm is that When Calls the Heart was renewed by Hallmark Channel for Season 9, and is expected to premiere sometime in 2022.

What did you think of When Hope Calls‘ holiday opener? Grade it via the following poll, then hit the comments and tell us if you’d like to see Abigail and Cody become permanent fixtures in Brookfield.