Netflix is sending Julie and the Phantoms to its eternal rest, canceling the supernatural musical comedy after just one season, TVLine has learned. 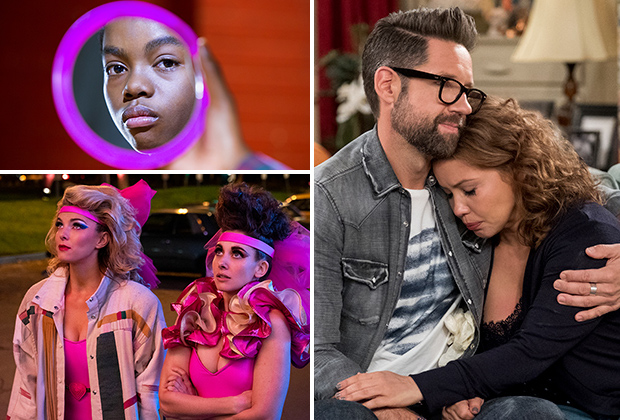 “Our [Julie and the Phantoms] family want to send our love and endless thanks to our Fantoms all over the world for the tremendous outpouring of love and support you have shown us since our premiere,” Ortega writes. “We learned this week that Netflix will not be picking us up for another season. Although our hearts are saddened, we move on with such pride for what we accomplished as a team and the family we built while creating Julie.”

He concludes: “We hope you will continue to follow us as we move forward with our work and careers. Happy Holidays to you all. Wishing you good health, love and #perfectharmony in all you pursue! Kenny, the Cast, Writers, Producers, Creatives, BC Crew, and our devoted [Netflix[ Team!”

“If we are lucky enough to get a second season, the ghosts would have a lot going on,” executive producers David Hoge and Dan Cross told TVLine in September. “They’ve always wanted to get their music out there for the world to hear. Like Luke always says, they want that connection with their audience. A number one album? Song at the top of the charts? Whatever it takes to be remembered for their music. But as you saw at the very end, there are still plenty of obstacles to get in their way. And now it seems there’s an ‘obstacle’ in the inner circle.”

TVLine’s Streaming Renewal Scorecard has been updated to reflect Julie and the Phantoms‘ cancellation. Your thoughts on the news? Drop ’em in a comment below.