Former First Lady Michelle Obama breaks bread with the Johnsons in the first photos from black-ish‘s eighth and final season.

As teased in October, Obama will guest-star in the ABC comedy’s Season 8 premiere, titled “That’s What Friends Are For” and airing Tuesday, Jan. 4, 2022.

In that episode, Bow (Tracee Ellis Ross) convinces Dre (Anthony Anderson) to attend a fundraising event for When We All Vote, in hopes to make some new couple friends (and, you know, to do their part to increase participation in each and every election). Though Dre is convinced there will be nothing but “dud husbands” there to befriend, their expectations are far exceeded when the special guest for the evening is none other than Michelle Obama.

Then, to their greater surprise, the former First Lady accepts an invitation for dinner at their house! But on the evening of the special meal, the rest of the Johnsons all decide to crash the special occasion. 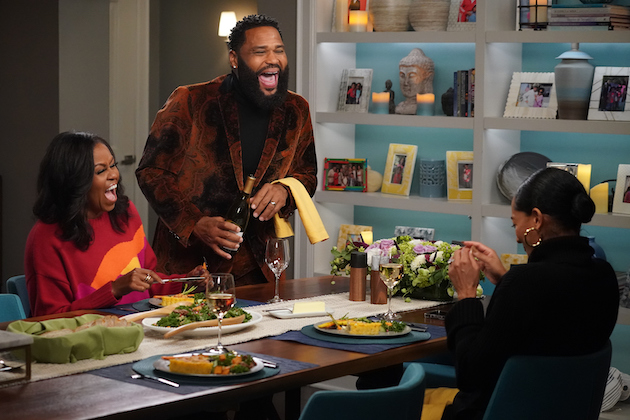 ABC announced last spring that black-ish would end after Season 8. “To all the people in the world I love, honor, respect and care for it is both exciting and bittersweet to share that black-ish been renewed by ABC for it’s eighth… and final season,” Barris posted to Instagram in May. “In this day and age it is rare to get to decide when your show should come to an end, and we are grateful along with ABC to be able to make this final season exactly what we’d hoped for – and to do it with the entire and amazingly stellar cast coming back to close this chapter out with us the right way!” 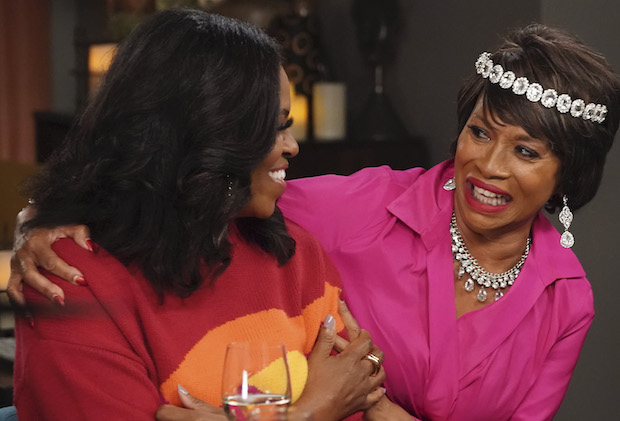 Obama is not the first political figure to appear on black-ish. Stacey Abrams, the former Minority Leader of the Georgia House of Representatives, lent her voice to an animated election special last October, for which she earned an Emmy nomination for Outstanding Character Voice-Over Performance.

Want scoop on black-ish, or for any other show? Email InsideLine@tvline.com and your question may be answered via Matt’s Inside Line.