The democratic election process is “one of the things that makes this country the greatest on Earth,” Dre tells us at the start of black-ish‘s election special. After all, in America, “everyone is guaranteed to have a voice.”

But as the pair of politically-themed episodes directed by Matthew Cherry (Hair Love) make abundantly clear, those who have privilege — be it in the form of race, socioeconomic status and/or oodles of cash — are far more likely to have their voices heard.

The first half of Sunday’s special focuses on Junior, who’s excited to vote in his first presidential election… until he realizes that he’s been purged from the voter rolls. While Pops gleefully announces that his grandson has achieved the dream — escaping the federal government’s notice — Junior is dismayed. He goes on an Internet search for answers and winds up getting a history lesson (courtesy of sociologist Dr. Michael Eric Dyson) that points out that three-quarters of the men who signed the Declaration of Independence were slave owners, and that voting restrictions meant that only six percent of the American population was eligible to cast a ballot in the first presidential election. Or, as Junior puts it, “Everything we’ve been taught is a lie.” 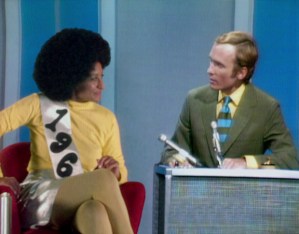 The online rabbit hole he falls down only seems to back up this observation. He watches several videos on the topic; they all star people from his life schooling him about some messed-up aspect of the American political system. A few standouts: “Democracy in Jeopardy,” a game show hosted by Dre, points out that the electoral college stems from slavery. (“The answer is almost always slavery,” he riffs.) And Bow, dressed as the Voting Rights Act of 1965, is inserted into archival footage of talk shows over the years. She celebrates her vitality with Dick Cavett and, 30 years later, Ricki Lake. But by the time she appears on Jimmy Kimmel Live!, she quaffs wine and bemoans how a Supreme Court decision “gutted me.”

When a despondent Junior seeks out his father’s advice, Dre confirms his son’s fears that “the machine was made to keep us out.” But he also points out that America only gets better when people vote, and “the ballot is the best weapons we have.” So Junior re-registers and votes early by mail.

The animated second half of the special finds Dre’s boss, Stevens, announcing that he’s going to run for Congress. “How did you even get on the ballot?” Dre wonders. “I’m a rich white man,” Stevens replies. “I asked.”

As Dre’s ire over Stevens’ senatorial run grows, we get a quick tutorial on Citizens United — which relaxed restrictions on how much money corporations can contribute to political campaigns and which “makes it harder for regular folks to win,” Ruby points out. Eventually, Dre decides that he is the best person to run against Stevens… a choice that Bow backs only after she starts to envision herself as the next Michelle Obama. 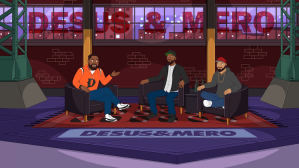 Dre consults Georgia politician Stacey Abrams, is a guest on Desus & Mero and then is approached by a shady dude (voiced by black-ish creator Kenya Barris) who wants him to accept a boatload of cash for his campaign. “You take some money, do some evil, next thing you know, you’re in Congress,” the guys says. Dre holds off until he realizes that he has nowhere near the amount of money he’ll need to win, then he accepts the dirty money. Exactly how dirty, you ask? The bad guys behind Dre’s newfound windfall want him to cut taxes on businesses, provide subsidies to Big Tobacco and militarize fire departments across the country. When Dre balks, they yank their support, right down to the clothes off his back.

“When you have to take millions from private interests just to run, there’s no way principles can come first,” Dre laments. But Abrams calls again to buck him up — after all, David eventually won against Goliath, she reminds him — and then Stevens loses the Congressional seat to someone even whiter and richer than he is.

Now it’s time to cast your vote. What did you think of the special? Grade it via the poll below, then hit the comments with your thoughts!