Living with the consequences of your decisions has been the overarching theme of Insecure during the hit HBO rom-com’s fifth and final season.

In Sunday night’s installment, titled “Choices, Okay?,” Issa had to choose between two jobs and two men; Molly opted to be open and honest with her coworker-turned-romantic prospect Taurean; and Kelli realized she has a gift when it comes to estate planning for older Black people.

“Season 5 really is about our favorite characters coming full circle and experiencing growth,” Mike Gauyo, an Insecure story editor and writer, tells TVLine. “They are seeing reflections of themselves and figuring out what their next steps are. The universe is holding up a mirror to their lives, and because they are older and wiser, now is the time to look at those reflections and course correct their paths. Everyone is figuring out what they want to do and going for it.”

This is especially the case with Issa, says executive producer Amy Aniobi, who helped pen the episode. 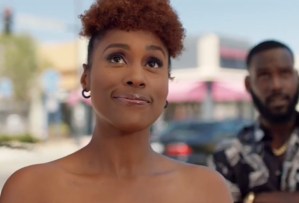 “Fans are rooting for who Issa ends up with,” Aniobi observes. “But we want them to root for her and her life choices. There are so many elements of that Crenshawn opportunity that feel like Nathan, and there are so many parts of the NBW choice that feel like Lawrence. It’s a reflection of how she feels about her work life and her life in general. That’s the undercurrent we were following when we wrote two scenarios for Issa’s life.”

Aniobi adds that, originally, Lawrence and Nathan weren’t included in Issa’s career visions. “Then we went back and realized of course she would be thinking about her ex and comparing him to the man she’s with now,” Aniobi shares. “Everyone does that at some point in their lives.” 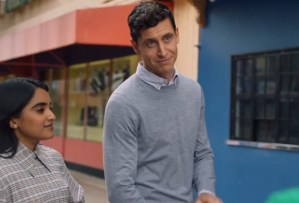 This is why when Issa calls Molly for advice on which job she should choose, her bestie asks, “What if there is no wrong answer? Things are never all or nothing.”

One thing is for sure — working with Crenshawn would earn her a key to the City of Inglewood, her own day (Aug. 12), and a whole new nickname.

“That’s why the people outside Crenshawn’s store called her Issawood, like ‘Inglewood.’ Get it?” Aniobi asks with a laugh. “We thought that was hilarious and obvious, but maybe not.”

What did you think of Issa’s choices and her possible nickname on the latest Insecure? Which job and man do you think she should pursue? Drop your thoughts in the comments.