The All Valley Tournament is closer than ever before, but with Terry Silver back in the mix at Cobra Kai, coming out on top is not going to be easy for Daniel and Johnny’s newly merged dojos.

In a brand new trailer for Season 4 (all 10 episodes premiere Friday, Dec. 31, on Netflix), we catch fresh glimpses of Miyagi Do and Eagle Fang training for what will surely be the fight of their lives. Johnny is seen waxing on and off, Miyagi-style, while Daniel practices some of his counterpart’s more unconventional methods. And of course, John Kreese approaches his former partner and dojo co-founder Silver (played by Karate Kid III‘s Thomas Ian Griffith), telling him: “The only other person who knows how to teach Cobra Kai is you.”

In addition, Robby, who’s far-entrenched in the villainous dojo, is shown teaching Miyagi Do to his peers. “To beat the enemy, it helps to know the enemy’s playbook,” he says. And watch until the very end for a juicy tease about a proposal that will “revolutionize the tournament.”

In the Season 3 finale of the karate dramedy, Johnny and Daniel decided to join forces to take on Johnny’s former mentor Kreese and the usurped Cobra Kai. We also saw Kreese make a phone call to an old friend, leading many fans to correctly speculate that Silver would indeed make his long-awaited return to the franchise.

In other Cobra Kai news, Vanessa Rubio (who plays Miguel’s mom, Carmen) and Peyton List (who plays Tory Nichols) were promoted to series regulars ahead of the fourth season; plus, the series landed a super-early renewal for Season 5 in August.

Watch the new trailer by pressing PLAY on the video above (plus, view some newly released photos below), then drop your thoughts in the Comments! 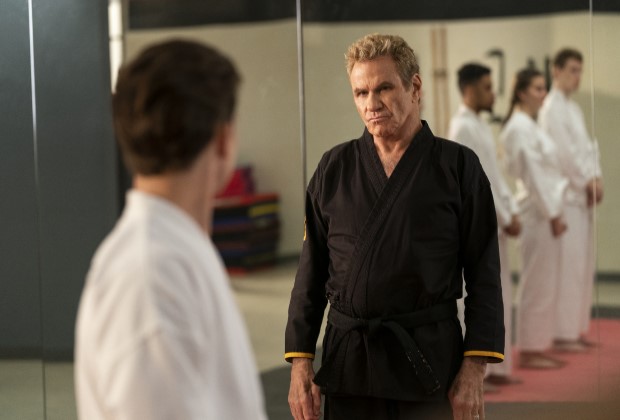 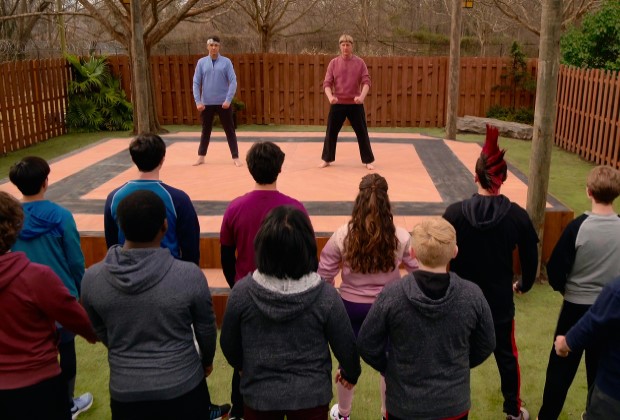 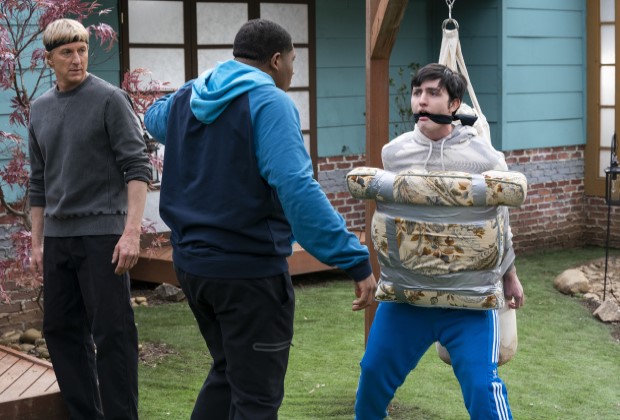 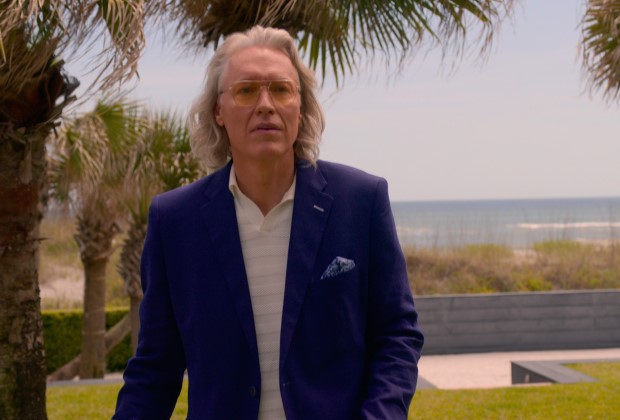 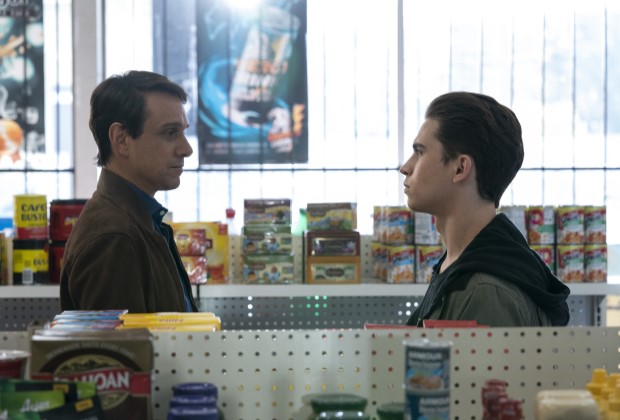 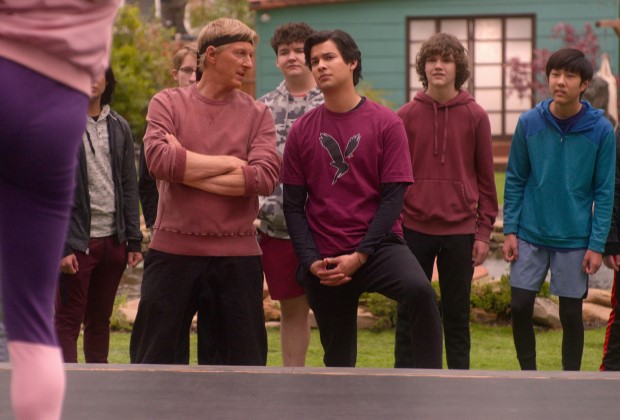