Having spent this summer solving the mystery of a derailed high-speed train on Departure, the Emmy-winning Good Wife alum next can be seen on TNT’s Snowpiercer (returning Monday, Jan. 24, 2022) — and TVLine has your exclusive first photos of the Season 3 addition.

Panjabi is playing Asha, a character who “will make Season 3 super-exciting,” executive producer Becky Clements of Tomorrow Studios previously told TVLine. “It’s kind of a collision of all the things we discussed, coming together.”

Some secrecy still surrounds the character, though Panjabi tells TVLine that Asha — having believed herself to be “the last person on Earth” — “has managed to survive under extreme conditions.” As such, the actress says, “When she is discovered by someone from the train, her survival instincts kick in.”

And from the looks of the “unmasked” Asha (seen below), she has indeed survived a lot thus far.

To portray the “last person on Earth,” “I looked to my dog Mr Q, a rescue dog for inspiration,” Panjabi shares. “He managed to survive on the streets for months before he was rescued. He eyed everything as a potential threat. It was all about survival.” 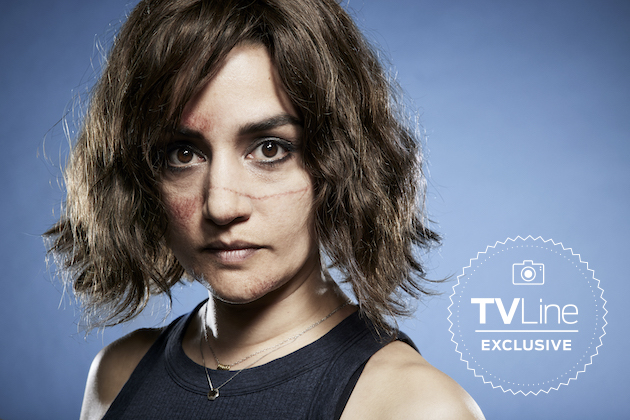 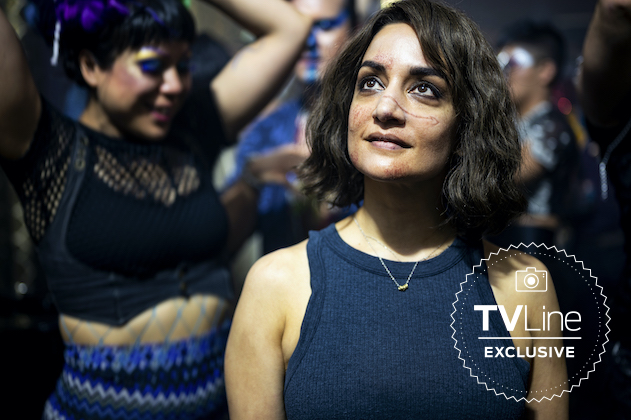 Elsewhere on the Season 3 casting front, Mike O’Malley (who plays Roche) and Chelsea Harris (as Mr. Wilford’s right-hand advisor Sykes) have been promoted to series regular.

Season 2 of the dystopian drama ended with the exploding of the XXXL Snowpiercer/Big Alice train into two — after which, Layton’s streamlined, 10-car “pirate train” doubled back to find stranded engineer Melanie Cavill. Alas, Layton and Alex would discover that Melanie didn’t survive her elongated isolation at a remote research station. (Or did she? As TVLine’s post mortem confirmed, Jennifer Connelly will be back for Season 3.)

Snowpiercer has already been renewed for a fourth season, announced back in July.

Want scoop on Snowpiercer, or for any other show? Email InsideLine@tvline.com and your question may be answered via Matt’s Inside Line!