Issa rocked defensiveness more than she did that fly sweater of hers on Sunday night’s Insecure.

The HBO romcom opened with our girl fantasizing about peacefully and maturely approaching Lawrence, Condola and their baby boy at the hospital, only to toss that baby like a basketball, dropkick Condola in the stomach and flex on her ex like she was going to do the same to him.

Ooh Issa! Thankfully she was just letting off some emotional steam. But then Issa decided to fish around Lawrence’s Instagram page and found out the hard way that dude moved back to Los Angeles to be closer to his son, Elijah. And that stung. It the stung like lemon juice on a paper cut.

Suddenly, Issa found herself wondering if she had made the wrong choice, breaking up with Lawrence. Could she have asked him to move back to Los Angeles from San Francisco after he landed his dream job? And if she had asked, would he have done it the way he was willing to for Condola and Elijah? Was it futile to even wonder? 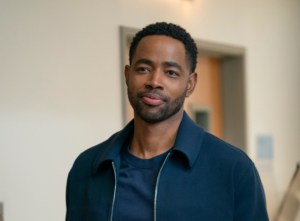 The doubts only mounted when Issa saw Nathan and tried to whip that good good on him in a very aggressive manner. Seriously, Issa was putting it on poor Nathan so aggro, it seemed like it was a sport to her, and she was only doing it to make Nathan say “I love you” — but he didn’t.

Work wasn’t much better, and when she approached a hot new artist and his crew about being a part of her Black artist art walk, old boy threw her some shade because Crenshawn had been badmouthing her. Issa went to Crenshawn, brownies in hand the next day, but he said her “olive branch” and dry baked goods were too little, too late. And once again, the universe seemed to be telling Issa to take ownership of her decisions, even the ones that didn’t make her feel good.

Issa got the message, but that didn’t make it any easier to hear, especially when she daydreamed that Condola was not only engaged to Lawrence, but reaping the benefits of all the hard work and care she had put into that man when they were together. And this time, it was Condola who was kicking her in the solar plexus onto a pile of garbage. 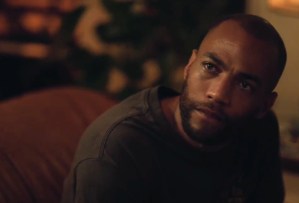 But the biggest blow came when Issa confronted Nathan about still not saying he loved her. Nathan, who had had a bad day at the barbershop, complained that his coworkers were addicted to drama, and he wanted to quit and move away.

Issa took that as a sign he wanted to move away from her, and Nathan reminded her that she was the one who wanted to take things slow. She hadn’t even called him her boyfriend when introducing him to her mom — he did. Yikes!

The episode ended with the two eating in silence and Issa once again wondering why her love life and work life were always in limbo. (P.S. Go here to check out what Leonard Robinson has to say about Taurean and Molly in this week’s episode.)

What did you think of Insecure Episode 6 titled “Tired, Okay?” And do you think Issa’s comeuppance was too harsh? Drop your thoughts in the comments.