Despite the fact that Dexter has officially squared away his dead-body bind, Sunday’s episode of Dexter: New Blood confirmed that the sometimes-killer’s problems have only just begun.

While Kurt’s boldfaced lie about FaceTiming with his (dead) son Matt remains perplexing, Episode 4 puts its primary focus on Harrison, as a scuffle at school may have prevented a deadly school shooting from going down. As many Iron Lake residents are quick to proclaim Harrison a hero, Dexter starts digging, only to discover that things definitely aren’t as they appear. Also, who is seen leading yet another young woman to that creepy cabin in the woods? Read on for a full recap of “H Is for Hero” (and after, be sure to click here to get Michael C. Hall’s and showrunner Clyde Phillips’ takes on the episode).

Dexter and Debra can’t seem to figure out why Kurt would lie about Matt, but as they scratch their heads, the “news” spreads fast. Angela sits down with Kurt to get more info, but the old man continues spinning his web of lies. The chief of police obviously wants to speak with the suspect, but Kurt skirts that, assuring her that he’ll pay whatever fines are owed to the Seneca people in retribution for the dead deer.

Molly returns to the station and calls Angela’s board “some real Carrie-from-Homeland s–t.” Of course, Molly is still interested in the case, but Angela threatens to arrest her for interfering in the investigation. However, Harrison is plugged into the podcaster’s previous episodes, including one installment revolving entirely around the Trinity Killer. As he listens to Molly recap Trinity’s well-known habits, a photo of Rita pops up on his screen. Molly says the killer’s last known victim had a baby that was found swimming in a pool of his mom’s blood. “How f–ked up is that kid now, am I right?” she asks. I think we’re about to find out. 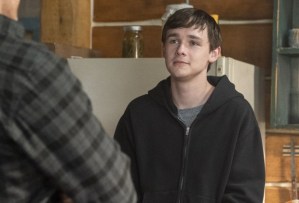 Shortly after, an alert notifies everyone that the high school is on lockdown. All Angela knows is there are multiple injuries, and Harrison is involved. Dexter rushes to the school to find his son alive, but with a stab wound in his abdomen. His friend Ethan was planning on shooting up the school, but luckily, Harrison intervened and took him down. The cops find Ethan’s notebook, which includes a kill list and some incredibly violent sketches.

At home, the teen is shaken up. Debra notes that, despite Dexter’s concerns that Harrison might share his same murderous tics, the boy is actually emotional, empathetic and personable. “You’re so different, it’s gonna be impossible for you to have a relationship with your own son,” she taunts. The next day, Dexter gives the teen an interrogation of his own. As Dex tells Deb, the stab wound doesn’t match the story the boy told Angela, so something’s off. “You’re off,” she responds. “He’s normal.” Dexter can only hope she’s right.

Dexter later visits Angela to study the crime-scene photos. He tells her that the weapons they found stashed at Ethan’s house were items he sold to the kid’s parents. Dex then visits the school to inspect the blood spatter and run a few scenarios — and the spatter doesn’t match. His new theory: Ethan was the one trying to get away, and Harrison stabbed himself to sell his story. Why would he do that, Deb asks? “He wanted to know what it felt like,” Dexter responds. “It’s almost like he fit the code.” (I mean, Ethan was entertaining some very violent thoughts.)

Kurt visits Dexter to gift Harrison with a drone. As the grown-ups chat, Kurt says he wishes he did something about Matt’s bad behavior when he was growing up instead of constantly bailing him out. He cops to raising “a terrible kid,” and says it’s hard not to feel responsible for his child’s wrongdoings. Dexter lets it slip that he knows about Matt’s boat accident and the deaths involved, but when he realizes he said too much, he pretends to flub some of the finer details of the story. After Kurt leaves, Dexter thinks: “That guy’s fishing and I just nibbled.” 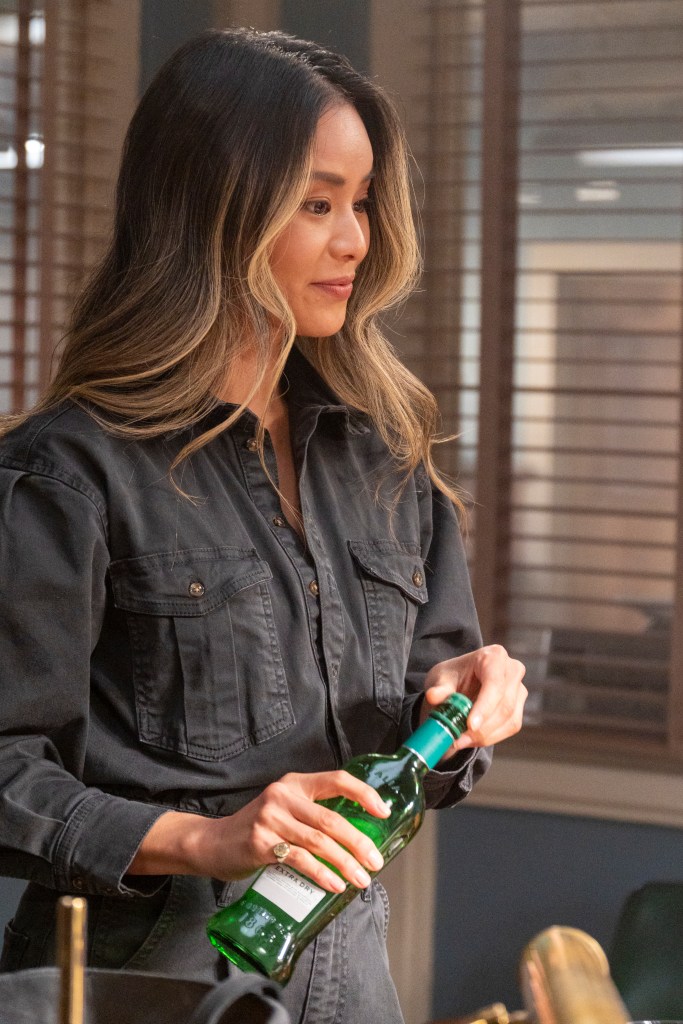 Angela tells Dexter that Ethan claims Harrison just slashed him, but she doesn’t believe it; she’s moving forward with the case against Ethan. However, based on the photos, Dexter believes Harrison brought his own weapon to school, because the cuts weren’t made with a hunting weapon.

Molly finds one of Angela’s “runaways,” thanks to help from her followers. While it’s a relief that one of the women turned up alive, Angela wonders if maybe her conspiracy theory is wrong after all. Molly presses her for more info, and Angela reveals that her best friend, Iris, disappeared while they were in high school, and no one bothered looking for her. When Angela became a cop, she promised herself she’d be different. She still has a gut feeling that something terrible happened to the rest of the women. Molly offers an alliance, which includes help from her army of armchair sleuths, and Angela accepts. The podcaster pulls out her recorder, and the two start comparing notes.

While Sergeant Logan leads an assembly with the kids found on Ethan’s list, Harrison reminds the group that Ethan was a victim, too, because everyone had bullied him for years. “I guess we all have two sides to us,” he says. “Maybe we’re a little bit hero, and a little bit monster. It’s all about which side wins in the end.” While he talks, we see Kurt walking a young woman over to the compound where Lily was held captive before she was killed.

Back at home, Dexter searches Harrison’s belongings and finds a straight razor — the same weapon Trinity used to kill Rita. “He has my dark passenger,” Dexter confirms, as a mixture of emotions washes over his face.

Is Harrison pure evil, or is something else afoot in Iron Lake? And is Kurt actually responsible for all of the town’s missing women? Drop some comments below!