The two-hour movie — which producers, at least at one point, hoped would serve as a backdoor pilot for a full series relaunch — picked up with Nash and Joe chasing after Trevor Garrison, a baddie involved in trafficking teenage girls. After a gunshot from Joe accidentally explodes a nearby gas truck (but in doing so KO’s Trevor), both he and Nash nonetheless get a two-week suspension from the San Francisco PD’s SIU (Special Investigations Unit). 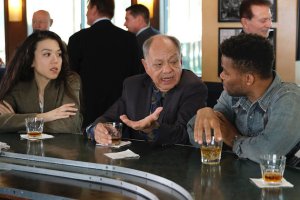 Jump to a year later, and Nash is still riding the pine when he is invited by Captain Lena Harris (who rose through the ranks with Nash’s daughter Cassidy, now in the military) to rejoin SIU to help finally crack a serial killer case. Technically reporting to a young named Steven Colton (Arrow‘s Joe Dinicol), Nash convinces Joe to step away from his weed dispensary business and serve as a sometimes-high consultant. Rounding out the existing SIU are Ellie (Bigger’s Angela Ko), her sorta-boyfriend Keith (The Last Ship’s Paul James), and Chloe (Pose‘s Alexia Garcia), the force’s first transgender cop and the niece of Nash’s old colleague “No-Neck” Nick. 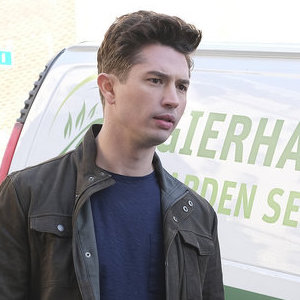 Though brought back solely to work the serial killer case, Nash defies/slips away from Steven when he can to try to (again) get the goods on Trevor Garrison, who got out of the clink during his suspension. Trevor is involved with Trumanik, a Ukrainian American who swiftly has Garrison offed in lockup after he gets arrested. Nash eventually makes a connection between the serial killings and what Trevor/Trumanik were involved in — some sort of underground hybrid of Fight Club and Running Man, in which the very rich gambled on who would win brutal faceoffs.

Ellie goes undercover to infiltrate the club and even get herself booked for a fight, but as such gets injected with nanobots that, among other things, can activate a “kill switch” if Trumanik says so. Luckily, just as Trumanik — wise to Ellie being a cop — orders her “kill switch” activated, Nash takes a large weapon from the fight club’s arsenal and butchers the electrical box, shutting down the computers. Nash is given quite a literal jolt from the act, and Trumanik nearly gets the drop on him, but Nash whips out his gun just in time to fell the baddie. (It turns out, though, that Trevor Garrison’s dad was actually the man behind the man behind the man, but he is now in the NSA’s hands because of his involvement with the nanotech.)

With the serial killer case (and then some) solved, Steven acknowledges that the SIU could benefit from “old school” Nash sticking around — even if he is trying to bed Steven’s sister, the SFPD shrink (played by Bonnie Somerville). Nash in turn pulls up to Joe’s dispensary and invites a grumbling “Bubba” to return at his side.

What did you think of the Nash Bridges movie? Assuming that it’d land on Peacock (since USA is pretty much out of the scripted TV business), would you be game for a full revival series?