THE PERFORMANCE | We’ve seen Shaun get overwhelmed before, but we’ve never seen him quite like this — equal parts incensed and inconsolable, as he struggled to come to grips with a newborn’s death and the betrayal of those closest to him in Monday’s fall finale.

We could have awarded Highmore the accolade simply for the look that washed over Shaun’s face as Dr. Lim stopped compressions on Alma’s baby. He stood there silently and let his piercing blue eyes do all the talking. Nary a word was needed to convey the anguish and disappointment that his character felt in that moment, knowing full well that this baby could have lived had it not been for expired medication. When he proceeded to storm the pharmacy, you could feel Dr. Murphy’s indignation overwhelm any sense of release he might have felt smashing vial after vial of the defective supply.

Highmore’s already superlative performance grew stronger when Shaun was confronted by the two people he loved and cared for most in this world. First came fiancée Lea, who had lied to him and manipulated his patient satisfaction scores. He could no longer trust her, and that amplified his pain tenfold. By the time Dr. Glassman entered, he was hyperventilating. You could sense how much it broke Shaun’s heart to admonish his surrogate father, both for his decision to pick up and move to Montana, and for abandoning his duties as hospital president as soon as Salen arrived. Had Glassman maintained an active role at the hospital, Shaun argued, perhaps he could have put a stop to the cutbacks that led the pharmacy to remain stocked with expired meds.

But the part that really broke us was seeing Shaun slump to the ground, wailing. There he was, fenced in by the two most important people in his life, and he still felt entirely alone. Simply put, Highmore reached new heights as Shaun hit new lows — and while we hope never to see Shaun be put in this position again, we were amazed at what his portrayer accomplished when faced with such a complex cocktail of emotions. 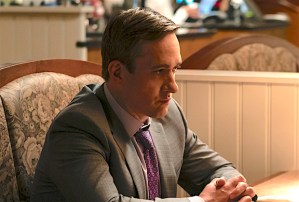 HONORABLE MENTION | Woe is Tom Wambsgans. Succession‘s resident punching bag was truly circling the drain this week, staring down the barrel of a lengthy prison sentence for Waystar’s corporate crimes, and Matthew Macfadyen nimbly spun Tom’s terrible fate into comedy gold. The actor mixed quiet resignation with barely suppressed panic as Tom savored a not-great sip of biodynamic wine with Shiv and then subjected himself to (gasp!) diner omelets to get his taste buds ready for prison food. But he also flashed a surprising bit of backbone when Tom resisted Kendall’s calls to betray Logan and come over to his side, with Macfadyen finding a small reserve of vigor in Tom’s otherwise defeated soul. We love to pick on Tom — everybody in the Roy family does, too — but that’s only because Macfadyen is so good at making him hilariously, poignantly pathetic. 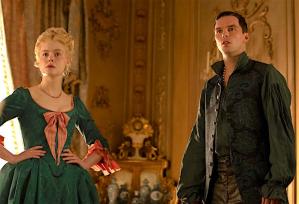 HONORABLE MENTION | Elle Fanning and Nicholas Hoult make a dynamic (and dynastic) duo as the warring couple at the heart of Hulu’s delightful alt-history comedy The Great. Catherine and Peter are not your typical husband and wife — she took over for him as supreme ruler of Russia, she’s pregnant with his baby, she wants him dead — and Fanning and Hoult take what could’ve been a dry period piece and infuse it with a lively spark of wit. Season 2’s third episode was a highlight for both, with Catherine buzzing with ambition to reshape the country after snorting a prescribed drug and Peter slowly going mad after being locked in isolation with only his mother’s corpse to keep him company. It’s a shame they can’t seem to make it work together, because they really make one of the best comedy pairs anywhere on TV. To them both, we say: Huzzah! 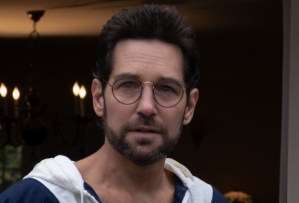 HONORABLE MENTION | In Episode 5 of The Shrink Next Door, Paul Rudd displayed a kaleidoscopic range of emotion following the death of Ike’s father, unfortunately projecting his grief onto his sad-sack patient Marty. As Ike continued spiraling, he pressured Marty to make drastic financial and real estate decisions, including the removal of a cherished cherry tree that symbolized precious family memories. When the casual manipulation took a backseat, the actor’s inherent affability took hold, allowing Rudd to exhibit vulnerability and humility as Ike came clean about Dad’s fatherly flaws. Things took an angry turn when the doctor lashed out at Marty under the guise of therapy, convincing him that his mother’s love was unhealthy. As a result of these inappropriately entwined emotions, Rudd was able to fire on all cylinders, unleashing a barrage of physical violence on Marty’s fence as Ike finally succumbed to his sorrow. The performance was both complex and compelling, and proved that sometimes even a therapist needs a doctor of his own.