In Sunday’s Yellowstone, Beth learned firsthand how easy it is to get one’s feathers ruffled when one has taken a teenager under her wing. And although it was for Carter’s guardian a pour-the-bottle-in-a-bucket kinda day, the worst may be yet to come. Here, Kelly Reilly strikes for TVLine an ominous note as she ponders not only the consequences of her mercurial character offering parental guidance but her greatest fear about the secret that’s tick, tick, ticking away in the background.

TVLINE | How important is it to Beth that this family she’s trying to form with Rip and Carter work out?
She’s playing it cool, but she really wants it to work out. We’ve had a little window into seeing her potential for real happiness. I’m not saying that domestic bliss is necessarily real happiness, but it’s a tonic to the life that she’s had. And it’s really lovely to see Beth happy. Does it last for very long? Because [series co-creator] Taylor Sheridan has other plans for Beth, it’s questionable. But she does want it to work out. She sees that for Rip, it would be wonderful for him to have a kid in his life that is similar to him [at that age]. 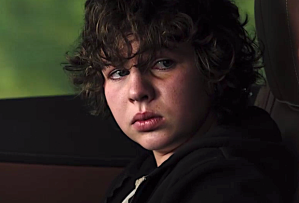 TVLINE | It’s pretty charming to see Beth’s maternal instincts come out.
I’m not sure it is maternal instincts, though. I think you can just care about a kid who is lost and has nothing. Is that maternal, or is that just being compassionate? I don’t think she’s going, “Oh, this is my child for us to go live happily ever after with.” She’s just thinking that here’s this kid who is just like her man, who has nothing, and if she doesn’t help him, he has no life. And just in the fact that John Dutton helped Rip when he was a kid on the ranch and she fell in love with him then, there’s something poetic and beautiful in that.

TVLINE | Beth remains convinced that one day Rip will resent her because she can’t give him a biological child. Should we be worried that she’s so self-destructive, she could turn that fear into a reality?
Well, she has a secret, doesn’t she, that Rip doesn’t know about. He knows that she can’t have children, but he doesn’t know why. 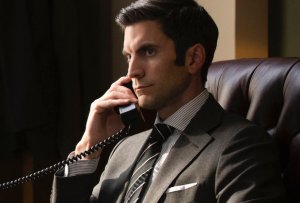 TVLINE | Damn it, Jamie!
Rip also doesn’t know she was pregnant with his child. So she’s thinking a day might come when he might find out or she will tell him. One would say she should tell him.

TVLINE | Given how honest they tend to be with one another, that would make sense.
But I think the fear of potentially losing him from that [is too great]. She holds herself responsible, even though it was not her fault.

TVLINE | Can you imagine Beth’s life without Rip if that relationship should implode?
I couldn’t imagine that. He is her anchor, her rock. He is her home. That would untether her to a point of… [At a loss] I don’t know who she would become without that. Now that she’s had that love and allowed herself to fully move into it, and we see how devoted she is and how much she adores him, to lose him would probably cut off the last link to her humanity.