CBS and Paramount+ this Sunday offered everyone a front row seat to one helluva Adele concert. Which of the Adele: One Night Only performances were your favorite? And which of her new songs tops your play list? 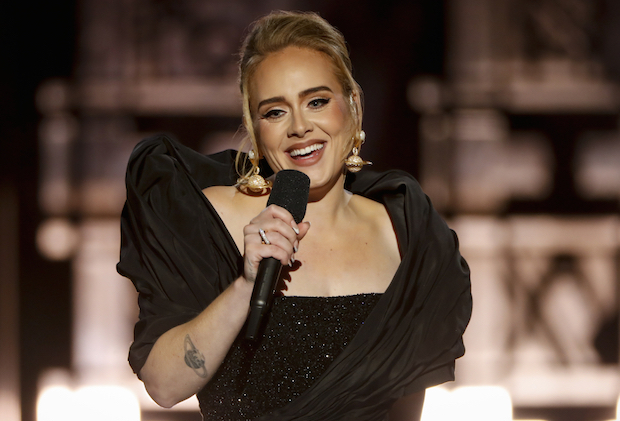 Marking the British Grammy winner’s first primetime concert since 2015’s Adele: Live in New York City, which aired on NBC, CBS’ One Night Only was held at the Griffith Observatory in Los Angeles, offering a picturesque panorama to accompany the oft-soaring tunes.

The audience members on hand for the very special concert included Lizzo, Melissa McCarthy, Gabrielle Union, Dwyane Wade, Tyler Perry, James Corden, Ellen DeGeneres and — arriving midway through — a “regular” couple that soon enough achieved their own bit of fame when the man surprised his heretofore-blindfolded date with a marriage proposal, all as Adele performed beside them.

Interspersed between performances were interview segments that had been conducted separately, by Oprah Winfrey.

Among the 10 songs performed were “Easy On Me,” the first single off Adele’s fourth studio album, 30, which drops this Friday, Nov. 19. But several established songs made the set list as well.

Which performances “popped” for you? And which of the four new songs made the biggest impression on you on first listen? Vote in our polls below, then hit the Comments with your extended thoughts on the special.