THE PERFORMANCE | It’s too great a burden to place on words to ask them to adequately describe Reilly’s work as Beth Dutton, but they’ll have to suffice; the feats she performs demand acknowledgement. Just in the first episode of Season 4’s two-part premiere, she floored us so often, we eventually stopped climbing back onto the couch.

First, the actress gradually dropped Beth’s impenetrable facade as she made the acquaintance of teenage Carter. When he was called into the hospital to say goodbye to his brain-dead father, Reilly shifted Beth’s whole demeanor, a softness crossing over her portrayer’s face and into her voice as she watched the boy speak his bitter truth. Gone was the tone that can tear down a sparring partner with nothing more than an inflection, the withering judgment she’d drop later on a subservient wife who lacked the perspective to see that she has “all the p—y and half the money” in her marriage. In its place was a warmth designed to prop up.

Reilly again let us glimpse the genuine sweetness in Beth — and it is in there — when her father came home from a two-month hospital stay. The expression of relief and adoration that she wore spoke more eloquently to the character’s feelings for her dad than dialogue ever could.

Finally, Reilly pulled the pin on the grenade that Beth is. Strolling into brother Jamie’s office, she first hurled objects at the snake she believed was responsible for the attacks on their family. Then it was threats that she threw with a mixture of fury and glee that bordered on madness — and made us wonder how, or if, we could possibly do justice to Reilly’s go-for-broke performance. 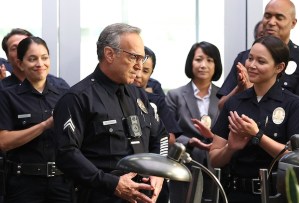 HONORABLE MENTION | The Rookie this week’s subplots asked us to care about a never-before-seen, longtime patrolman whom Tim was tasked with nudging into retirement — and because of guest star Peter Onorati‘s winning performance, we immediately did. From go, the TV vet showed us Officer Jerry McGrady’s genial ways, making Tim’s ongoing inability to have “the talk” with him wholly understandable. And once Tim finally did broach the topic — at the climax of a treasure hunt to remember — Jerry waved him off to acknowledge, “It’s my last day on the job. And you let me go out the way I came in, working the streets.” Later at the station, when Tim commemorated the “end of watch” for his partner-for-the-day, a clearly moved Jerry told the crowd, “It’s been an honor serving this great city all these years, so take care of her now that I’m gone.” And he deserved all the applause he got. 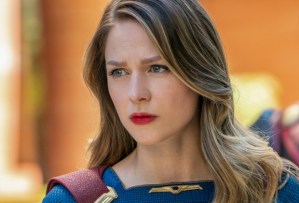 HONORABLE MENTION | If Melissa Benoist is going to do one thing as Supergirl, it’s make you feel like you can change the world, and that was never more apparent than in the Arrowverse show’s heartfelt series finale. Benoist didn’t just deliver for the last episode; she brought the whole Amazon warehouse. Supergirl’s packed sendoff asked a lot of Benoist, who was tasked with action-heavy battle scenes, delivering a game-changing speech that would inspire humans to save themselves, singing with a live band, conveying the Kryptonian’s vulnerability in revealing her secret identity to the world and leaving us with a relaxed Kara after going through what was probably an emotional gauntlet. Sometimes, you can tell when an actor is ready to leave, and their performance feels phoned in. However, Benoist was the antithesis of that and gave fans the proper closure they deserved. 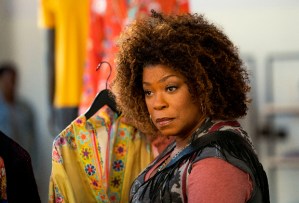 HONORABLE MENTION | Lorraine Toussaint has the uncanny ability to bring gravitas to every role she undertakes. Just ask fans of CBS’ The Equalizer, who exalt the actress’ dignified turn as the voice of wisdom in former CIA agent Robyn McCall’s all-female household. During Sunday’s installment, Aunt Vi and her niece Delilah had to equalize their own conflict when a racist Karen tried snatching a robe from Vi at a neighborhood boutique. Toussaint’s Vi neither raised her voice nor sunk to the crazed woman’s antics, even after the aggressor lied to the police about Vi physically assaulting her. Instead, the regal portrayer’s character let the video footage on Delilah’s phone speak for her when officers wrongfully attempted to threaten her into apologizing. Later, when Vi and Delilah told Robyn what happened, Toussaint’s hushed tones, bowed head and misty eyes brilliantly encapsulated the weighted weariness of a social justice warrior who had suffered one too many wrongs.