We’ve got questions, and you’ve (maybe) got answers! With another week of TV gone by, we’re lobbing queries left and right about dozens of shows including Dexter, Yellowstone, Supergirl and New Amsterdam!

1 | Which of Saturday Night Live‘s bizarre horse-related sketches do you prefer: Timothée Chalamet’s “Tiny Horse” circa December 2020, or Kieran Culkin’s “The Jockey”?

2 | We understand the need for dramatic suspense, but why didn’t The Equalizer‘s Delilah show her phone footage sooner?

3 | If The Rookie‘s Cleo is a “badge bunny,” surely she had/could easily do due diligence in researching Thorsen’s infamous past? 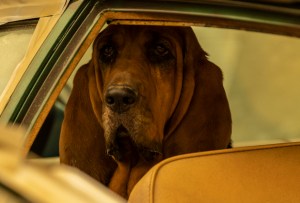 4 | If Fear the Walking Dead can give Emile a twin outta nowhere, can Rufus get one, too?

5 | Any other Dexter fans confused that the town of Iron Lake was country line dancing to… Blondie?

6 | Why weren’t Insecure‘s Issa and Molly at Simone’s birthday party? (Were they tipped off that Lawrence and Condola were coming?)

7 | If Succession‘s Logan was so overheated, maybe he could have taken off his puffer? (Or was this simply a case of a clearly wintertime shoot undercutting a scene’s premise?) 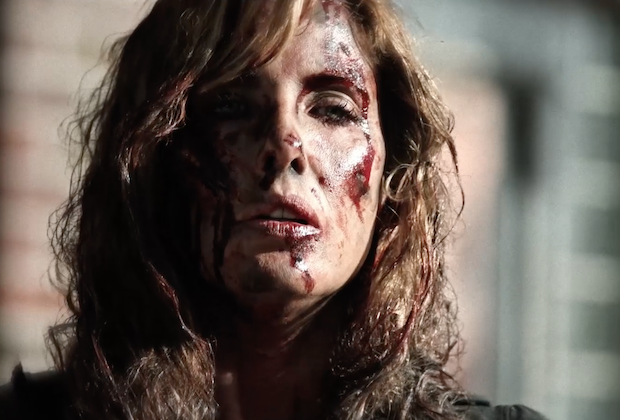 8 | Is Yellowstone really not going to tell us the fate of poor “lugnut boy” (whose mother was shot along with John)? Since Beth was facing her secretary when the bomb went off in her office, how did her back come out worse for wear than her front? And wait, wait, wait… Kayce just happens to have a grenade in his desk at all times?

9 | Can’t Dancing With the Stars give band director Ray Chew something more to say each week than just, “Looking good, Tyra!”? 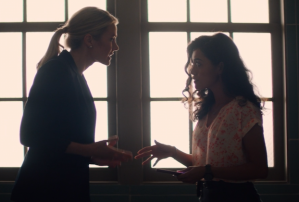 10 | Was it almost distracting how much NCIS: Hawai’i‘s Pike looked like a Vince Vaughn character? And are we imagining things, or have they put Whistler in flats ever since our story mentioned the stark height difference with Lucy?

11 | Now that we know Buck’s girlfriend has an unsolved mystery in her past on 9-1-1, can a “Taylor Begins” episode be too far off? Also, what happened to the “ghost roommate” emergency that was teased in the promo? 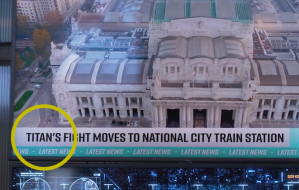 12 | Who’s ready for a Supergirl spinoff that’s just Lena being the coolest godmother ever and spoiling Esme with fabulous gifts? What do you think Nyxly is saying to Lex right now in the Phantom Zone? And did not even Supergirl’s x-ray vision catch this typo in the news chyron about Lex and Nyxly’s rampage?

13 | Did this week’s Queens have the fastest “female character vomits” to “pregnancy reveal” ever?

14 | Now that New Amsterdam has done a ransomware episode, are there any medical dramas left that have yet to do one? And which show’s was your favorite? 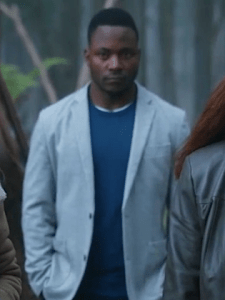 15 | As TVLine reader sagittaria noted, how did that La Brea 18-wheeler tumble through the portal and land not only on its wheels (with no damage!), but with all of the movie-set wardrobe inside still hanging on the racks? And who is looking this cleaned and pressed after a week of living in 10,000 B.C.?

16 | Given The Resident‘s three-year time jump, were you expecting more to have changed? No one got married or broke up…? No new doctors joined the staff…? Really?

17 | When did Our Kind of People‘s Angela and company have time to trick out that Eve’s Crown storefront? (Did that montage get left on the cutting room floor?) Where did Teddy and Leah’s cool secret handshake come from, and why are we just now seeing this six episodes in? And is it just us, or does it seem like L. Scott Caldwell just pops up on Insecure and Our Kind of People to say brilliantly funny lines and drop invisible mics?

18 | How did Chicago Fire‘s Brett and Violet, who are both paramedics, never consider that maybe Violet had appendicitis? 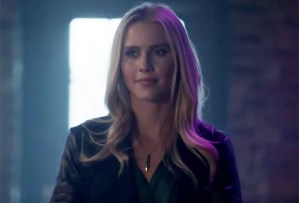 20 | Were you surprised that Rebekah’s visit to Legacies came with nary a mention of Marcel? Are they even still engaged?

21 | Law & Order: SVU fans, show of hands: Who thinks that Benson is aware of Rollins and Carisi’s new relationship, even though they haven’t told her?

22 | How relieved were you when Law & Order: Organized Crime‘s Stabler finally forced Bell to get seen by a medic? After that huge explosion, we were sure she was concussed!

23 | Do you wish United States of Al had taken a more dramatic approach with its Veterans Day episode and focused more on Riley’s anger over his disability rating, Todd’s struggle to find work after returning home from Afghanistan, and Lizzie’s grief over losing her fiancé Michael? After being such a defining part of Lizzie’s character early in Season 1, the series has done very little with that storyline.

24 | On The Challenge: All Stars, didn’t the photo of Cohutta’s girlfriend look exactly like former Challenge champ Cara Maria? And who from this cast did you miss the most, and why was it Tina?