CBS’ NCIS franchise this Monday night whisked us off to Hawaii, where Vanessa Lachey’s Jane Tennant is the Special Agent in Charge. After sampling NCIS: Hawai’i, will you book a return trip?

Airing Monday nights at 10/9c (leading out of the relocated OG NCIS), Hawai’i stars Lachey as Jane Tennant, a single mom who in the premiere is pulled away from coaching her daughter’s soccer team to investigate the crash of a manned, top secret aircraft. Upon arriving via helicopter at the crash scene, she bumps up against Navy Capt. Joe Milius, played by Enver Gjokaj (Dollhouse).

Tennant’s team includes Lucy Tara (played by Yasmine Al-Bustami), the eager, junior member; Kai (Alex Tarrant), a local who after spending most of his adult life running away from his home, has returned to Hawai‘i as an NCIS agent (and to grumble a lot about his dad); and Jesse (Noah Mills), a former big city homicide detective who has settled into a new life in Hawai‘i.

Additionally, Tori Anderson plays Kate Whistler, an agent of the Defense Intelligence Agency who is intent on climbing the professional ladder and thus has little patience for some of the NCIS agents’ tactics. Speaking of which…. 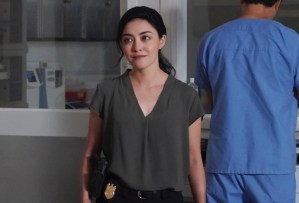 In the course of meeting Tennant’s team, we witnessed an apparently deep-seated professional friction between Special Agent Tara and DIA Agent Whistler — only to later see the two fall into a heated clench, when Lucy showed up at Kate’s home that night. Though not together as a couple now, it was made clear that the women share a romantic past, meaning that unlike any NCIS series before it, NCIS: Hawai’i right out of the gate features an LGBTQ Special Agent. (NCIS: New Orleans didn’t introduce Tammy Gregorio until Season 3.)

NCIS: Hawai’i executive producer Jan Nash, who previously worked on Rizzoli & Isles and NCIS: New Orleans (starting with Season 6), tells TVLine that making a team member LGBTQ was not intended to claim any franchise first. Instead, “Our desire was was to create a show that had a really diverse — and we meant that in every way — palette of characters. And having these two characters was part of that.” 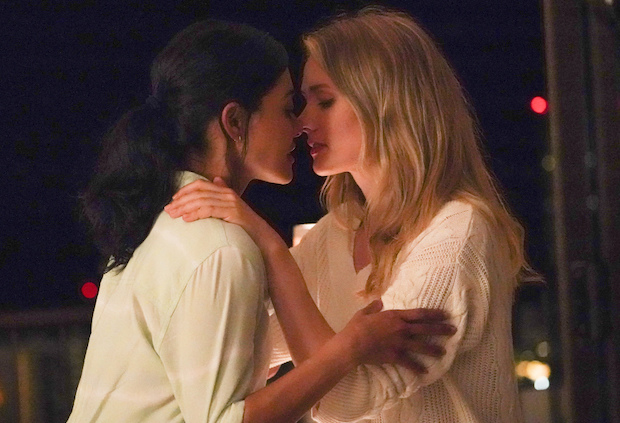 When developing NCIS: Hawai’i, the character of Lucy was LGBTQ “from the get-go,” Nash says, though the idea of her relationship with Kate came later. “We want these characters to feel like they have full lives — they have families, they have interests, they struggle with things — and certainly relationships are a part of that,” Nash explains. “But on a procedural show, when you have a case going on it’s difficult to be like, ‘But I have a date tonight!’ So having Whistler in our world, in an NCIS-adjacent role, seemed like a way we could add relational qualities to our show that wouldn’t impede our procedural storytelling.”

Nash says that while labels (e.g. lesbian, bi) have not yet been applied to either character, “It is not a situation where either of them is a straight woman who was suddenly, magically attracted to somebody else. It’s not that.”

Asked about the couple’s marked height difference, Nash explained that when casting via Zoom, “everybody’s the size of their head and shoulders in a box, so we had no idea! [Yasmine and Tori] got these roles because they were the actors who really sold the parts in their auditions, and then they showed up and we were like, ‘Oh my!'”