When Big Sky returns tonight (ABC, 10/9c) after some time off, Janina Gavankar‘s Ren has got her dirty work cut out for her.

After all, the last time we saw Season 2’s villain — though we’ll parse that particular term in a moment — she was still trying to track down her missing drugs and money, and hoping that Deputy Harvey would wind up taking all of the blame for all of the bad stuff that’s gone down in town since her arrival.

But, Gavankar points out during a call with TVLine, has the mystery woman actually done anything all that bad?

“The thing about Ren that you might not notice at the jump — because she seems like an evil, evil lady — is that she’s actually not there to kill a bunch of people. She’s actually there to work smarter than her family,” she says. “She’s there trying to prove that you don’t have to kill a bunch of people to get the job done. So even though, ironically, everybody’s looking at her like she’s some bad lady, she’s actually there to be sweet.” She laughs. “As sweet as she can be about getting her money and drugs.”

Read on for Gavankar’s take on what’s ahead for her Big Sky character, as well as what it might look like when she once more crosses paths with Cassie and Jenny.

TVLINE | Someone said to me, at the start of the season, that Ren isn’t necessarily the villain.
Who said that?

TVLINE | I want to say that it was your showrunner, Elwood Reid? [Editor’s note: It was.]
That’s great. I feel the same way. [Laughs]

TVLINE | And what’s interesting to me is, in that first scene of yours in Season 2, where she’s balls to the wall, taking the guy’s hat, she presents —
Getting off the plane?

TVLINE | Yeah. She presents as this big threat, but like you said, she hasn’t actually done a lot of terrible stuff in town this season. Others have done far worse.
Yeah. Tell me what she’s done that is truly bad. She’s taken someone’s hat? So what you’re saying is that you’re super mad at a girl for being in her power? [Laughs]

TVLINE | And aside from that amazing shopping trip, she’s not doing a lot to blend in.
No. She’s knows she sticks out. She’s a brown girl in Helena, Mont. We know when we’re in an environment where we stick out. And you have two choices. You can try to assimilate or you can just say, “We all know what’s going on here, right?” And clearly she’s a person who doesn’t really care if you like her or not.

TVLINE | Which isn’t something we see a ton of female characters doing.
And also: Wouldn’t it be nice if I felt that in real life? [Laughs] That is something I aspire to as a human in this lifetime: Care a little less about what people think about you. 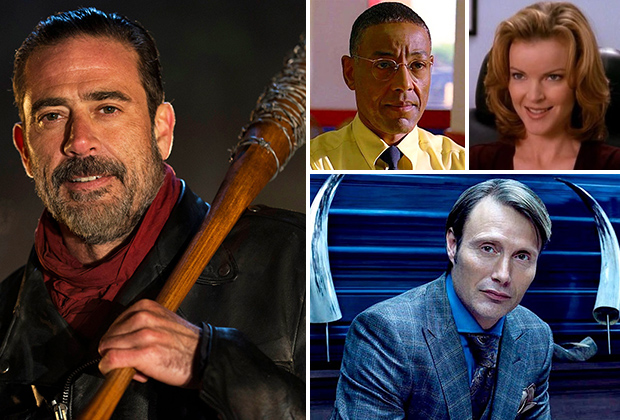 TVLINE | To the casual viewer, it might seem like things are getting out of her control. Do you think that Ren thinks she’s still got a good grip on everything?
Yes. I think she still feels like she’s in control. Now, she’s annoyed that there are a lot of moving parts. But I think she, at this point, still believes that she’s got everything under her control. She knew she was landing into something messy, and that’s part of the job is cleanup. She’s there to be the cleaner. She does see a bigger opportunity here in town.

TVLINE | How much autonomy would you say Ren has in the family business?
That’s a great question. [Sound of water running] I have such bad AHDH that I just started brushing my teeth while I was talking to you. I’m on a professional interview with a professional journalist. Who am I? What is this life? When am I going to get my life together?

TVLINE | Well, oral health is important. And you would be surprised at the things people have done while I’m interviewing them. This doesn’t even make the Top 15.
Yes, but the thing is, I didn’t mean to. I just started doing it! And then at some point I was like, “Oh, this is where you answer the professional question.” You’re still brushing your teeth! OK, how much autonomy she has: She has a little bit, but she’s trying to gain more. She’s landed in Helena, and she’s realized that there’s opportunity here. She’s using it as her case study to prove a bigger point and to be given more autonomy.

TVLINE | Ren has had a few scenes with Jenny and/or Cassie — can you tease whether there’ll be more, and what that interaction might look like? She’s playing a little cat-and-mouse with them, it feels like.
Big Sky is their show, so yes, there’ll definitely be more interaction. But how that goes down is going to be complicated. “Cat and mouse” is close, except that Ren is way more chaotic than a cat. She is more… I don’t even know what animal she is. What animal is she? Readers, tell us! Let us know your thoughts! [Laughs] She’s not a honey badger, because they’re just violent. But she’s not a cat. Even when she’s sitting in front of somebody, and honestly that’s been the most fun thing on set. We’ll sit in a scene, and if I’m sitting with somebody I haven’t worked with yet, what’s on the page reads maybe a little like that. But when we’re sitting together, I just find Ren bobbing and weaving in ways where they’re like, “What is happening? You’re so weird!” I remember Kylie being like, “You’re a weird lady.” [Laughs] And I took it as such a compliment. It was the first day I really got to work with her.

That’s what’s the most fun about the way the writers are writing her. You just don’t know what she’s going to do. She has one overall goal, which the front-facing part is she’s trying to find her guns and money. But there is a super objective here. But as time goes on in this season, you’re going to see that super objective.

Press PLAY on the video at the top of the post for an exclusive sneak peek at tonight’s episode, then hit the comments with your thoughts!