Were it not for Ariana Grande’s immense social-media following, I’d have anticipated that her team would’ve been totally decimated. Monday, you’ll recall, had been less an off night for them than an awful one.

Blake Shelton probably has the strongest team, what with Wendy Moten and Paris Winningham both being on it, but looking back at Monday’s recap, it had been Kelly Clarkson’s crew that had fared the best. Not one contestant earned a grade lower than “B” — from me, at least.

John Legend’s group also, for the most part, scored. Yeah, David Vogel got a “C,” but better to give a performance that was “just OK” than one that made people go, “Oh no.” (Looking at you, Team Ari’s Bella DeNapoli — and sadly.)

Which singers were left standing when the dust settled? And which contestant got a chance to reenter the competition? Read on, and all will be revealed. (I might even remember to include all of the reviews tonight; here’s hoping!) 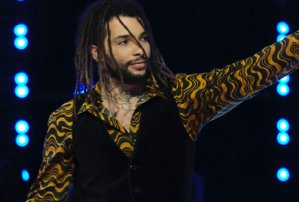 Samuel Harness (Team Legend), “Before You Go” — Grade: A+ | This guy’s rasp slays me; it sounds like a feeling that’s been scratched so raw that it’s bled and scabbed over. And he absolutely ripped to shreds his Lewis Capaldi cover. I seem to be in the minority on this, but he was actually my favorite Monday. (Wendy Moten’s great and all, but I get more genuine emotion from Samuel.) Hated to see him even having to compete for the Wildcard.

Bella DeNapoli (Team Ariana), “Ain’t No Other Man” — Grade: C | After the disaster that befell Bella Monday, I was hoping to see her redeem herself, and I guess she did that — at least in that this was mostly an improvement. But her performance packed no punch. If anything, it left me wanting to rewind and listen to Samuel again. And Bella’s runs… eesh. Those were painful, like the sound of air leaking from nightmares. I wanted to run from them.

Peedy Chavis (Team Blake), “Stranger in My House” — Grade: B- | This slower number gave us a chance to really focus on Peedy’s voice rather than his showmanship. This wasn’t necessarily a good thing. He’s OK but just OK. If he hogged the mic on Karaoke Night, nobody would complain. But if it wasn’t for his crowd-pleasing moves and CW looks, I couldn’t imagine anyone lining up for a concert of his.

Hailey Mia (Team Kelly), “Jar of Hearts” — Grade: B | This kid is so poised and solid, it’s a bummer that she wound up in the bottom. (Not as big a bummer as the fact that Samuel was there, but a bummer nonetheless.) On her Christina Perri cover, she brushed up against some pitch issues but was still more impressive than at least a couple of singers that the audience voted right through to the Top 13. (What was up with those close closeups, by the way? If we were any more in Hailey’s face, we coulda picked her nose!) 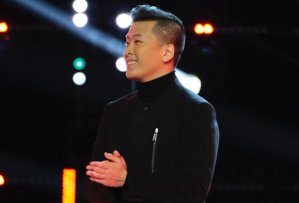 Vaughn Mugol (Team Ariana), “Lay Me Down” — Grade: B+ | The returnee, voted back in via a Comeback Stage that didn’t actually put him through a Comeback Stage, sounded light years better on his Sam Smith cover than he had on the disastrous duet that got him eliminated. (Not that that would have been hard to do.) For my money, he oversang a bit, but could we really blame him for trying so (too?) hard upon being given a second chance? This was the kind of redemption that I had hoped for for Bella.

So, what did you think of the results? And who were you sorriest to see get the chop? Vote in the poll below, then hit the comments with your thoughts.