CBS’ Bob Hearts Abishola frequently shows audiences the beauty of the Nigerian culture. Take, for instance, the eponymous couple’s vibrant (and impromptu) destination wedding at the start of Season 3. But during Monday’s episode, when Morenike confides in Kemi her deepest secret, the situational comedy exposes one of the culture’s most unflattering aspects: rampant homophobia.

“For me, it’s all about authenticity,” series co-creator Gina Yashere, who plays Kemi, tells TVLine. “Because our cast is half Nigerian, we wanted to do a story about something that is effecting a lot of Nigerians — in and outside of the country.”

When Abishola’s niece reveals to Kemi that she’s not a threat to her relationship with Chukwuemeka because she’s a lesbian, Yashere’s character doesn’t know how to respond. At one point, Kemi and Abishola explain to Gloria that being gay is not only unaccepted in Nigeria, it’s against the law. 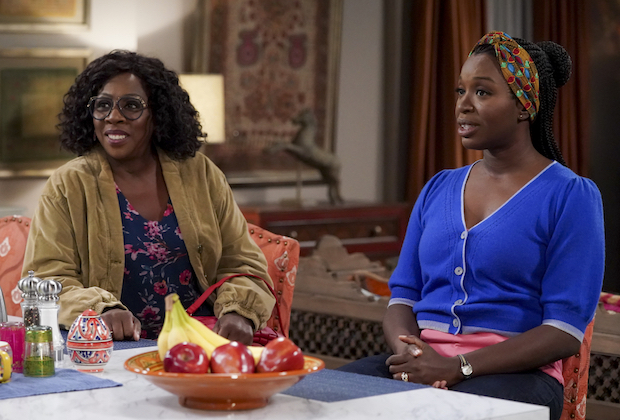 “Because I’m gay and my family is Nigerian, I know what it’s like,” Yashere says. “I’m lucky I was born outside of Nigeria, so I haven’t had the same struggles that my gay brothers and sisters have had within Nigeria, and the problems that they’re having: being arrested all the time, being harassed when they go out [and] being thrown out of their families.”

Of course, homophobia is by no means exclusive to Nigeria. “In America, homophobia and transphobia are causing a lot of people to be attacked violently, and to be thrown out of their families,” Yashere points out. “You’ve got people even who are still living in the closet — politicians being caught all the time indulging, because they’ve been living in the closet because they feel they have to hide who they are to appeal to some right-wing rhetoric — so it’s a story that plays out wherever you are in the world, not just in Nigeria.”

But in this particular case, the way Kemi and Abishola respond to Morenike’s secret most certainly stems from the prejudice they were exposed to in their native land.

“It’s a construct [that was established] when Christians came to Nigeria,” Yashere explains. “Nigerians originally judged people by their spirits, rather than their gender or their sexuality, so that definitely came when the Brits came and forced Christianity on the Nigerians. Unfortunately when they left, they left the worst parts of Christianity behind, and we took it and ran with it.” 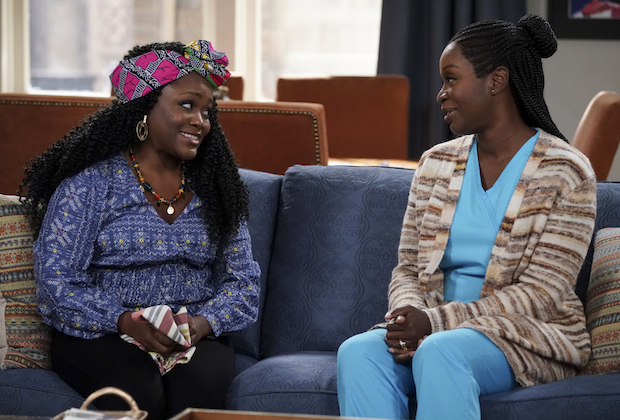 As such, Kemi and Abishola know exactly how their elders will respond to Morenike if she decides to come out of the closet. It’s why Abishola initially encourages her cousin to keep her sexuality to herself.

“We wanted to make it real, but we also didn’t want to turn the audience against Abishola,” Yashere stresses. “It’s a fine balance. We also wanted to show that even though what Abishola is doing is 100 percent wrong, she is trying to protect Morenike. A lot of people think they’re protecting gay people by saying, ‘Just stay in the closet. It’ll be easier on your life,’ so it wasn’t coming from a place of hatred; it was coming from a place of love. She was doing what she thought was best.”

Abishola and Kemi eventually confront Morenike and express their support for her. They still haven’t accepted her sexuality outright, but that’s not how Yashere wanted to end the story.

“When we were writing [the episode], I didn’t want to make it like an after-school special,” Yashere explains. “I wanted to dig deeper into the Nigerian attitudes, and how you can come to a different form of acceptance without necessarily having to come 100 percent all the way [around].

“When I came out to my mom, there were difficulties,” the EP recalls. “It took her a while to accept me for who I actually am. Now she does, but she’s not going to gay pride events with me or anything like that. Just getting her to the point where she accepts me and accepts my partner, that is good enough for me.” 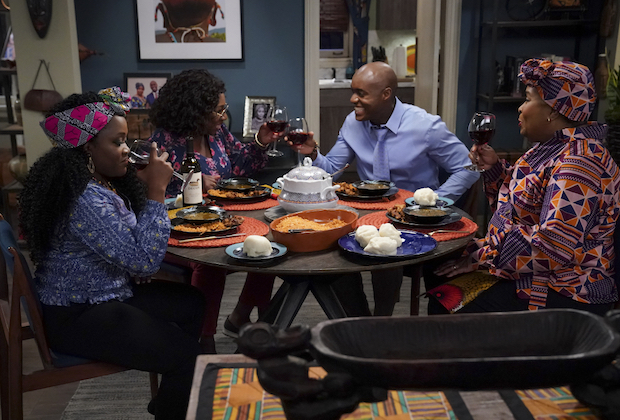 At the end of the day, it’s important to Yashere that audiences be exposed to different perspectives, whether or not they necessarily agree with them. It’s about giving viewers something to reflect on even after the episode has ended.

“It has always been important to me to tell true stories that make people think,” she says. “It’s great to be able to change hearts and minds, but not do it in a way where we’re beating you down. We’re not trying to force a point of view on you, we’re just telling our stories.”

In the case of Morenike, she says, “we just wanted to introduce a character that you fall in love with, then eventually feel empathy for because she’s such a wonderful character.”

What did you think of Monday’s Bob Hearts Abishola? Drop a comment with your full review.