B Positive‘s Drew finally builds up the courage to tell Gina how he feels — but their “not-a-date” doesn’t go according to plan. 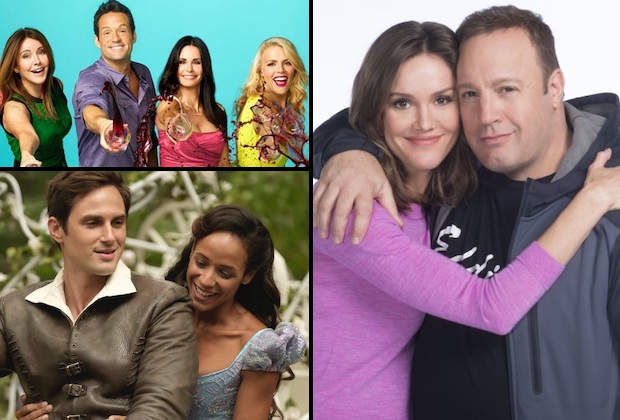 During Thursday’s episode of the recently retooled CBS comedy, Drew takes his “kidney buddy” out to celebrate her recent acquisition of Valley Hills. But just as he’s about to tell Gina that he’s fallen in love with her, in walks her ex-boyfriend Eli with a new girl on his arm.

Following an awkward exchange with Eli and his intimidatingly tall date Camille, Gina gets sloshed. Drew walks her home, and Gina confides in him that she didn’t expect Eli to move on so soon.

“I thought he’d call and we’d work it out,” she says. “But I guess I’m just the type of girl that you date until you find somebody better…. I just wish that I could find a guy who gets me [and] accepts me for me.” 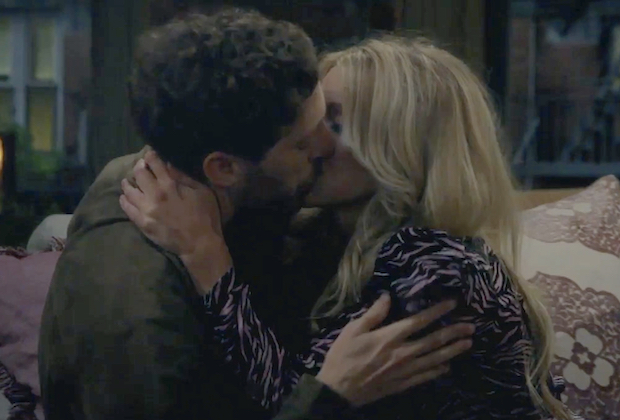 Drew assures her that the right guy is out there, and “he’ll appreciate how amazing you are, and how much happiness you bring to other people.” That’s when Gina realizes that that very guy is seated next to her. She leans over and kisses Drew, but Drew pulls away. It’s a “bad idea,” he says. She’s had too much to drink. But Gina “disagrees to agree.” She’s had “exactly the right amount” to drink, she says.

Drew makes his way into the kitchen to retrieve Gina a glass of water, and begins telling her that there’s something he’s been wanting to share with her for a while now.

“You’re wonderful,” he tells her. “You’re more than wonderful, really, and I’ve been wanting to say this for weeks, but every time I try, I lose the nerve. The truth is: I love you, Gina.”

When he turns around, he finds Gina passed out on the couch, and she probably didn’t hear a word he said. He places the glass of water on her coffee table, covers her with a blanket, kisses her forehead and leaves. “To be continued…”

When asked about Drew’s role moving forward, given B Positive‘s shift towards Gina and the retirement home, executive producer Chuck Lorre assured TVLine that Drew and Gina’s “deep bond” will keep Thomas Middleditch’s character “very much a part of the series…. He’s going to make some mistakes down the road,” the EP acknowledged — “the kind of mistakes you make when you’re trying to figure things out.”

So, where does B Positive go from here? Per CBS, the next episode (airing Thursday, Nov. 11) will see Drew and Gina “deal with the emotional fallout of their drunken night out.” That same outing will find Gina try and convince dialysis goer Jerry to move into Valley Hills following a fainting spell.

What did you think of B Positive Season 2, Episode 4? Do you want to see Drew and Gina get together? Or do you think it’s best they remain friends? Sound off in Comments.