Queens‘ first official rap battle gets nasty and personal real quick. And while we prefer to watch the Nasty Bitches get along, we’ll admit we get a little thrill in this week’s episode when Naomi raps that Brianna should “tell your daughter her mother was more stripper than rapper.” Let’s put aside for a moment the fact that exotic dancing isn’t a shameful profession and focus instead of this: When kids and spouses are fair game, you know it’s going to get ugly.

And at the end of the episode, it really does, albeit in a different way: A character we know well dies. And not rap-battle-loser dead. Actual human-that’s-no-longer-breathing dead.

Yep: R.I.P. Jeff, aka Brianna’s husband with the brain tumor and the cheating and the amnesia that turned out to be real but is somehow gone before he dies. Read on for how it all unfolds in “Who You Calling a Bitch?”

BATTLE-READY | That concert that ended the last episode, the one where it seemed like Naomi might not show up? It was bad! Jill forgot some lyrics. Valeria fell on top of Naomi. Brianna stopped the show in the middle to sing her kid a bedtime song. The critics trashed it, and rightfully so; now, the Nasty Bitches can’t book a venue.

Jill points out that they were all so high off their BET Awards success that they didn’t really prepare for the show that came after, and Valeria suggests that they write some new music that’ll help them reclaim their buzz. Now is a good time to note that Naomi is particularly salty: She passed on her solo career for this?

TV's 20 Best Musical Episodes, Ranked (Plus the One Absolute Worst) 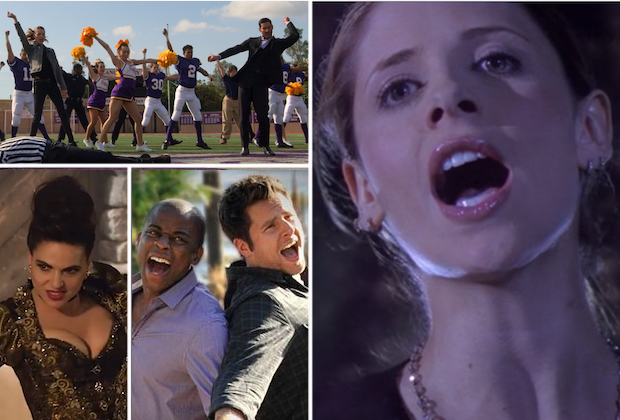 Eric and the ladies gather in the studio, but things soon devolve. Jill doesn’t think the group should be called The Nasty Bitches anymore, and Brianna kind of agrees, but Valeria and Naomi oppose changing their name. Then they talk about how Naomi used to run the show, musically speaking, but Brianna wants more say this time around. “I’m every bit as dope a lyricist as you,” she tells Naomi, who counters: “I don’t just beat bitches, I ruin careers. Ask Foxy.” Ooh! 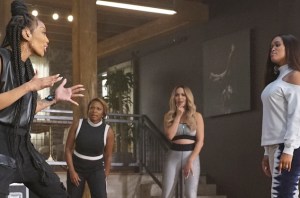 The battle is on! If Brianna wins, they all write their own verses so everyone’s voice gets heart. If Naomi wins, it’s business as usual. The pair faces off while Eric plays some beat and Jill and Valeria encourage them from the sidelines. Brianna kicks it off a little tame, but Naomi didn’t come to play: She takes the first round.

But Brianna comes back blazing in Round 2, bringing the question of JoJo’s paternity into the equation. Naomi counters with how Brianna used to be “always late for interviews, too busy up in a dude,” (“low blows, low blows,” Brianna says) and Eric hands the win to Brianna.

Last round! “Run along, Tyra, we can’t bank on you. And a leader? We can’t put that rank on you,” Naomi raps, but Brianna isn’t having it. When it’s her turn, she has Eric stop the track so she can freestyle solo; if you have a moment this week, rewind the ep and re-watch Naturi Naughton as Jill absolutely LOSES HER MIND on the sidelines — it’ll be worth it. Anyway, Brianna absolutely blasts Naomi out of the studio with her acapella rap, and when Professor Sex is done, Xplicit Lyrics stomps out.

FAMILY MATTERS | Let’s deal with the ladies’ home lives for a while, cool? When Jeff tells Brianna to take a few hours for herself, he expects her to get a massage or a manicure. Instead, she consults a divorce lawyer. But both she and Jeff wind up at their daughter’s school, where he gives an impassioned and well-supported argument about why their kid shouldn’t get in trouble for wearing her mom’s Nasty Bitches necklace in class. “That necklace is art, and my wife’s work is art,” he points out. “And if you value what you say you do, we shouldn’t have a problem here.” Brianna is impressed, and she softens her stance toward her husband long enough for them to go grab a drink. But then Alexis, the woman with whom he bumped uglies in the series premiere, calls. And that’s the end of any warm and fuzzy feelings from Brianna.

She admits that she saw a divorce lawyer. Jeff pleads for her to forgive him, saying that he only cheated with one woman, and the affair only lasted a few months. But she’s MAD, and rightly so. “I gave up my life for this family,” she reminds him. “I’m smarter than you, bruh. That’s facts. I wanted to be a professor, too.” When he asks about whether they’re done, her only answer is: “I don’t know.” 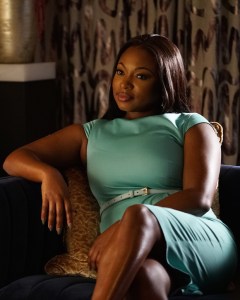 Meanwhile, Jill is interviewed by a reporter from Out magazine who calls Da Thrill “the hottest lesbian in the world,” then invites her to hang out at a bar with a bunch of the reporter’s lesbian friends. The next night, the reporter tricks Jill into going to dinner with just her, then winds up at Jill’s hotel room while Jill is on the phone with Tina. Jill and the reporter kiss, and Jill closes the door behind her guest.

And Naomi accompanies JoJo to an audition for a fancy music conservatory, where Naomi manages to make her normally unflappable daughter very nervous. They argue, but a) the fight gives Naomi some fodder for her verse on the new song and b) Naomi quickly returns with tacos, new sneakers and a pep talk about how JoJo should use her magic to “show them what Black girls from Atlanta are all about.”  Later, during the audition, Naomi is pleasantly shocked when JoJo segues from the classical piece she’s playing into “Nasty Girl,” complete with a rap at the end. And she gets into the school! But she still wants to know who her dad is, and Naomi plays it off as though she doesn’t know. But JoJo is determined to start looking on her own, and that’s going to get messy quickly, isn’t it?

ERIC FINDS OUT | Because while Eric is taking Valeria to dinner and helping her write her verse, we learn that he is actually the father of Naomi’s daughter. (Nice fakeout, Queens!) The revelation comes at the end of an evening in which Valeria and Eric get very close — they nearly kiss — and discuss the abortion she had at some point during their relationship. “For what it’s worth, I think you would’ve made a great mother,” he offers. But she says she’s never regretted her decision to put her career above all else.

And when he’s playing some old tracks, they both hear Naomi rapping about how “life grows inside me, there isn’t any doubt, but we can’t tell the world.” It seems like it’s the first time Eric is truly understanding what he’s listening to. “JoJo is YOURS?!” Valeria says, shocked. “Naomi had YOUR baby?!”

GOODBYE, JEFF | Later, when the Nasty Bitches are all together in the studio, they listen to each other’s verses and love how their new music is turning out. Plus, it seems like they’re all on board now with a name change. “Queens forever!” Valeria yells triumphantly.

Then Brianna goes home to where Jeff is resting. She sits at the foot of their bed and announces that she’s going to attempt to get past his infidelity, because “I love our family. I’m willing to try.” He says nothing after her speech, which ticks her off… until she realizes that his eyes are open but he’s not breathing. She checks for his pulse, feels nothing, then — with a chill I would not come close to possessing in the same circumstance — gently passes her hand over his face to close his eyes and lies down next to him. Yep: Unfortunately, Jeff is dead.