Warning: This post contains a major spoiler from this week’s episode of The Morning Show.

This week’s episode of The Morning Show ended on a literal — and lethal — cliffhanger.

Mitch Kessler, the disgraced former daytime host played by Steve Carell since the series’ start, drove a car off an Italian roadway, resulting in his death and Carell’s exit from the Apple TV+ drama.

In the hour preceding the crash, Jennifer Aniston‘s Alex Levy flew to Italy (despite the coronvirus’ growing prevalence there) to confront Mitch at the villa where he’d been hiding out in the aftermath of the sexual harassment allegations against him becoming public. Her goal: to get him to deny, on the record, that they ever slept together… except, as the audience knows, they did.

They argued, and she left in anger, eventually getting informed by Italian police that the country was in lockdown and she wasn’t allowed to be out and about. So she returned to the villa, where they argued, hugged, cried, danced, drank wine, confessed (Alex thought she was pregnant after they made love in Chile, though she never told anyone), snuggled and slept. But when they woke up, they saw a news report about Mitch’s tendency to target/harass Black women, and the spell was broken.

100 Most Shocking TV Deaths Ever 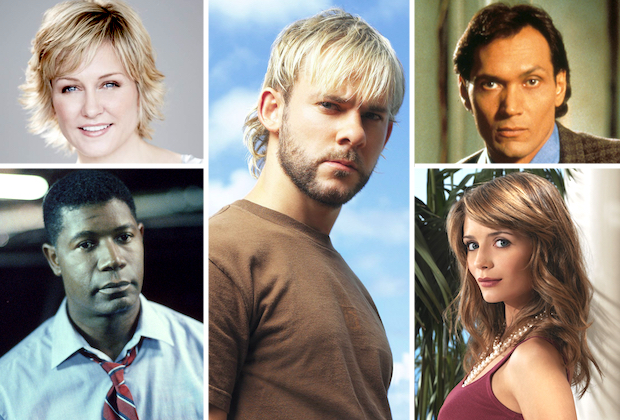 “I want to be better,” he told Alex. “I want to be a good person.” And after he promised to release a statement saying he and Alex had not had sex, she left.

Mitch then went to Paola’s apartment and slept with her. At one point, when she realized she was out of cigarettes, he volunteered to drive into town to get some. As a litany of all the terrible things he’s done played in his head, he was suddenly blinded by an oncoming car’s headlights. And as Mitch’s car approached the guardrail, he took his hands off the wheel in what looked like a very definite decision not to try to stop what was happening. 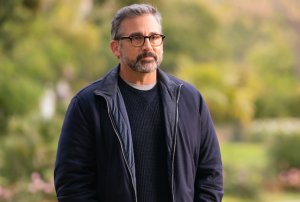 TVLine recently spoke to Aniston and executive producer Mimi Leder about the momentous episode’s ending, and what such a huge and fraught loss might mean for Alex, moving forward.

“She’s lost the last remaining friend, confidante, partner that she has,” Aniston says in the video at the top of this post. “She’s absolutely alone.”

Meanwhile, Leder leans into the ambiguity of Carell’s final scene: “I think it’s for the audience to interpret,” she says. “Was that an accident, or did he kill himself?”

Press PLAY on the video above to hear Aniston’s and Leder’s thoughts on the shocking death, then hit the comments with your thoughts!