The Waverider will be at full capacity for Legends of Tomorrow‘s 100th episode, airing this Wednesday at 8/7c on The CW.

In the milestone hour, the time-ship’s A.I. Gideon becomes overwhelmed by her new human choices and ends up in a catatonic state. It’s up to Astra and Spooner to enter her mindscape, where they discover that a virus is trying to destroy Gideon’s memories. In the process of trying to stop it, Astra and Spooner come across “deleted” scenes, so to speak, from past seasons, featuring several returning OG Legends: Wentworth Miller (as Leonard Snart/Captain Cold), Arthur Darvill (Rip Hunter), Victor Garber (Dr. Martin Stein/Firestorm), Franz Drameh (Jax/Firestorm), Brandon Routh (Ray Palmer/The Atom), Falk Hentschel (Carter Hall/Hawkman) and Courtney Ford (Nora Darhk).

Below, series star Caity Lotz talks about directing the big episode, previews her favorite scene with her former costars and reflects on her character Sara’s long journey from her dark past on Arrow to her softer turn on Legends.

TVLINE | Did you ask to direct the 100th episode? Or was it something that the producers brought to you?
They brought it to me, which was really, really sweet. It was quite an honor that they would want me to do that episode and entrust it to me.

TVLINE | Once you got the script and you saw all the craziness that it entailed, and all those special returns, what was your reaction?
Of course, I was excited. I ended up getting the script pretty late. Obviously, the cast is quite large, and they were trying to do all the cast deals during COVID, when we didn’t know if there was a two-week quarantine or not, or if they would be able to come up. So they didn’t know who they were going to be able to get for the cast, and so it made the script have to come out super late. So I got it a little bit more last-minute. And then it was like a day before prep, and you’re like, “Oh, God, this is huge! How are we going to do this? How are we going to make this work?” And then of course, I was over the moon excited about everybody in the cast that they did get. We got pretty much everybody back, which is so, so cool. 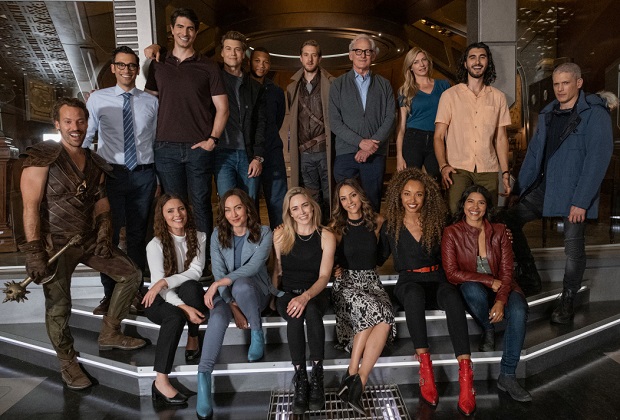 TVLINE | You are the only person now left of the original Season 1 cast. So what was it like to have all those former Legends back on set?
It was really heartwarming. It felt so nice to have them back on the Waverider. It made me realize how much I miss everybody and just how much the show has evolved as well, which was really interesting, because you’re putting these characters back into this world that is now a completely different world, and then reimagining them in a way that is more in line with how the show is now, more comedy-based.

TVLINE | Some of those actors left the show before you started directing on it. What was it like interacting with them in that capacity?
That was really cool, because they were so sweet and supportive. I think it was Victor [Garber] who was like, “Oh, I totally saw this coming. You were always going to be directing. I knew this.” [It was] so nice to work with them in that capacity. It’s a scary thing to reprise your character and your role, because once you leave it, you’re leaving it in a way that you feel good about the character and good to walk away. So it can be a bit risky to step back into it. So I was really excited to be able to be there with them and talk them through it and hear all of their thoughts and make sure that we were still honoring their characters and playing it how they want them to be played. It was cool. 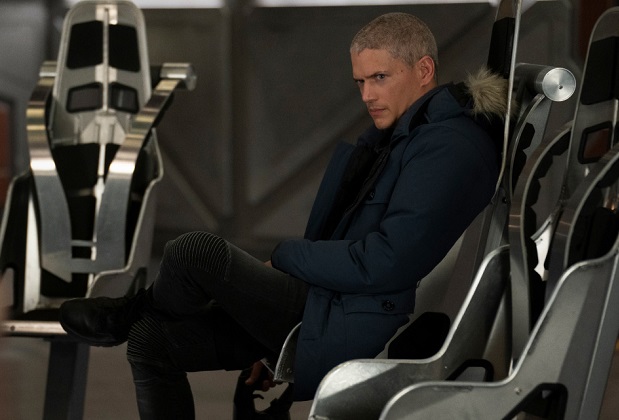 TVLINE | Can you tease your favorite scene with the returning Legends?
It was pretty cool to see the one bathroom scene. You can feel when that happened. It was like a missing gap from the original story, where you see how Captain Cold feels about being brought back, and he’s saying, “I never wanted any of this. I’m a criminal. I don’t need this.” So it was cool to see that that scene existed within the story that we already knew. You could really feel when that happened and when that took place.

And then, of course, my favorite is the scene in the hallway at the end [pictured at top], definitely, because it’s just everyone. And I remember when we were shooting it, you could just feel that energy on set and how powerful that was and how momentous it was to just have everybody there in the same place. You can just feel the history of the show and all the different ways that it’s grown and evolved. That was pretty cool and a powerful feeling. I was really happy watching it on screen after we shot it and to know that that energy that we felt that day on set came off in the episode as well. 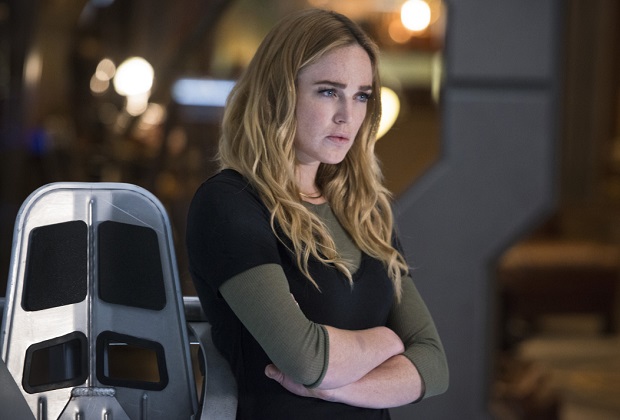 TVLINE | Looking back on Sara’s time on Arrow and the beginning of Legends, which was much different than what it’s become, what’s surprised you most about her journey and where she’s at now?
She’s a lot softer than when she first started, and that’s nice. It’s weird because my favorite thing about Sara, originally, was I loved how tough she was, and how guarded and damaged she was. You really just felt for her. And then we had to kind of take that away as she started to be in this Legends family. In order to be a good leader, she had to let go of that kind of tortured past. And just seeing her now, getting to be happy, that’s something that’s pretty cool. It’s always nice to be able to bring your character to a happy place. It’s almost like you’re honoring them in that way.