The Crown alum Claire Foy looks rather glam in new photos from A Very British Scandal‘s upcoming Season 2. The images, released Monday by Prime Video, gives us our real first look at the series’ sophomore run, which focuses on the divorce of the Duke and Duchess of Argyll.

Foy and Paul Bettany (WandaVision) will portray the key players in one of Britain’s most salacious divorce cases of the 20th century. Per the official logline: “Famed for her charisma, beauty and style, Margaret (Foy), Duchess of Argyll, dominated the front pages as a divorcee featuring accusations of forgery, theft, violence, drug-taking, secret recording, bribery and an explicit Polaroid picture all played out in the white-hot glare of the 1960s media.”

Sarah Phelps (Dublin Murders) wrote the series, which will unfold in three 60-minute episodes and which will investigate the role institutional misogyny played in how the duchess was shamed in society and vilified by the press and the judicial system. 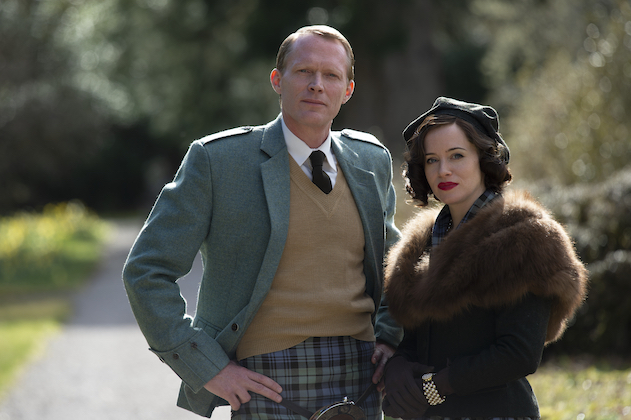 A Very British Scandal will be available on Amazon Prime Video in the United States, Canada, Australia and New Zealand, and on BBC One and BBC iPlayer in the United Kingdom.

Click on the gallery above to see Foy and Bettany, then hit the comments: Are you planning to watch?