The timeline is really not on Legends of Tomorrow‘s side when the CW drama returns for Season 7 on its new night, this Wednesday at 8/7c.

Legends of Tomorrow Character Exits, Ranked — Who Do You Miss Most?

For starters, a second, mysterious Waverider blew up the team’s time-ship, leaving them stranded in 1925 without a vessel or their nifty gadgets. (Who’s going to do the cooking now that Gideon’s not around to fabricate all their meals?!) Even more troubling: the heroes’ extended presence in the past could have major consequences on the course of history.

Plus, the Legends will also feel the passage of time in a different way, via a “middle-age” crisis of sorts that will force them to do some “soul searching” about their purpose, executive producer Phil Klemmer previews below. (For scoop on the 100th episode’s upcoming guest list, click here.)

TVLINE | How does having the Legends being stuck in the past, not having all their tricks and tools at their disposal, change the show — or does it?
It really does. I think everybody really, really enjoyed it because it forced the characters out of their comfort zones, but it also forced the performers out of their comfort zones, as well. Just the fact that we blew up the Waverider, where we spend so much of our time and [where] we’ve had thousands of scenes over hundreds of episodes…. We had to shoot this season almost entirely on location, so when you show up in this new environment, it’s like kind of rediscovering the craft in the same way that our Legends are learning to live without the technology of the ship. It’s humbling for our characters, but it’s also invigorating for our performers. 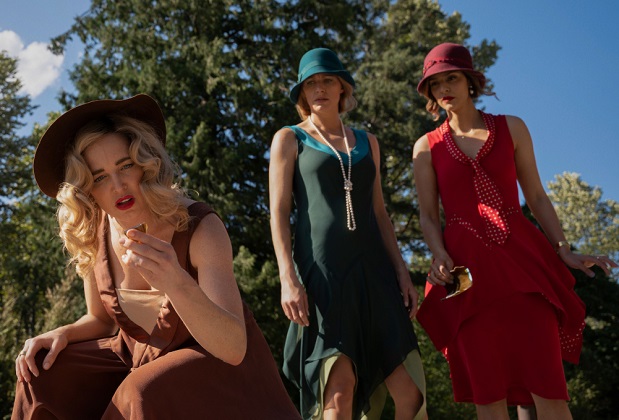 It’s funny, you can make Legends stories that are obviously huge and outrageous, but in a weird way, the most like daring thing we could do is just make small stories… The first half of this season is just about trying to do a road trip and find gas money and find food and a place to spend the night. These [are] very real-world concerns to the Legends, who haven’t had to deal with them for six seasons. But to them, they’re completely exotic. Like, how do real people manage to do these things?

TVLINE | I think this is the first season that we’ve entered without a clear picture of who the Big Bad is. What can you say on that front?
We really enjoyed, last season, how it was such a personal story, primarily for Spooner but also for John, and having kind of more reflective mythologies. … We realized that you can’t end every season with the world hanging in the balance, and this season is much more introspective. I don’t know if that was the mood that the writers were in because we’re stuck at home, writing a second season during a pandemic, remotely, but there’s a lot of soul searching going on with the Legends as they try to understand, “Who are we? Why do we do the things we do?” That’s not to make it sound like this is going to be like a totally heady, ponderous season. There’s plenty of fun stuff, as well, but we really wanted to keep it focused. 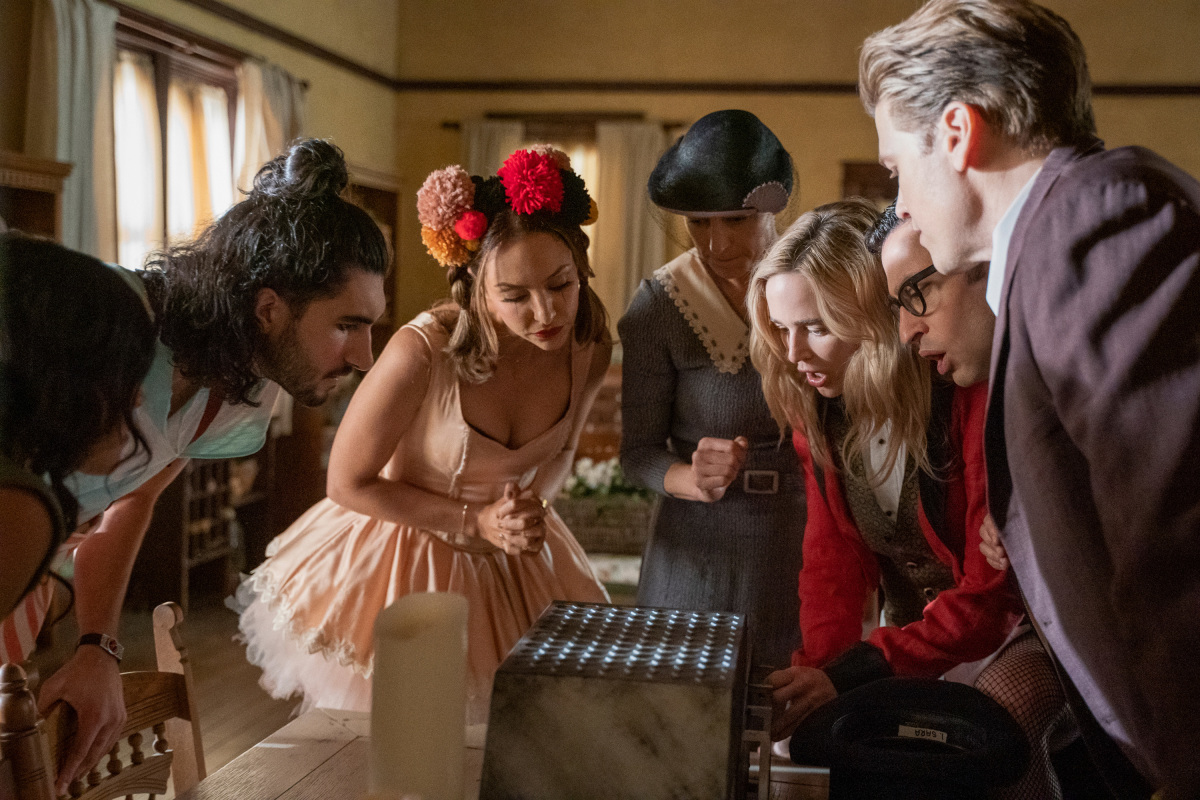 It’s more of a middle-age kind of story. There are very positive versions of being mid-stream in your life and having to really ask yourself where you’re headed, and it was an interesting time for our Legends to do that and to just reconsider how they used to do things, because the original playbook’s out the window. You can’t just “flash” people, get in your time-ship and go back and fix your mistake. You actually have to live with the consequences.

The happy accident of being stuck in time is that you are forced to interact with people who aren’t the marquee players of history. You are able to see history at a human scale, and you are forced to realize that it’s not just about Napoleon or Marie Antoinette. It’s about the millions of people who didn’t make it into the history books and their lives, which are every bit as important. We’re not going to turn the show into Touched by an Angel, but there’s an element of, “If you’re stuck in a place, and you’re a time traveler whose job is to do good, like, why not do good?” But it’s also sort of fighting the original kind of conceit of the show, which is [to] preserve history. How do you preserve history and do good along the way? That’s the tension of this season. 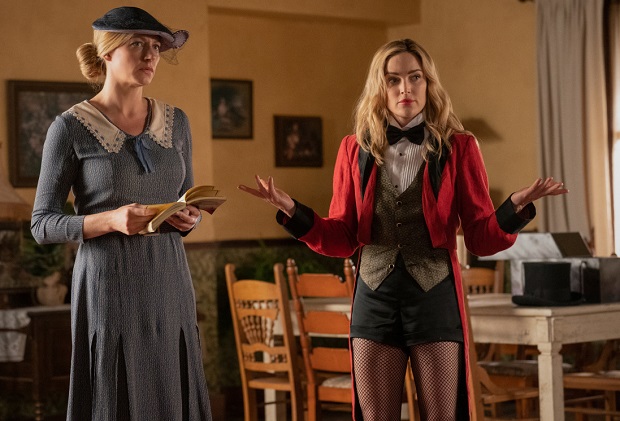 TVLINE | And what can you tease at this point about the other Waverider that destroyed our Waverider and who might be behind all that?
It forces the Legends to really consider [if] they are better off hanging up their spurs — I guess I’ll say that about the evil Waverider. When somebody blows up your ship, your first impulse is, “Those are a bunch of a-holes who are evil.” But as the season goes on and we begin to understand who is on the ship [and] what their rationale was, that’s the real soul searching for our Legends, because it’s a story of like obsolescence and [asking], “Are there other people who can do what we do better?”

Again, that’s a story [about] when you’re starting to age and you’re wondering, “Oh, God, is there another generation behind [us] who we should just turn it over to?” That’s a scary thing, but it can also be an occasion for growth. We didn’t want it just to be about, “Let’s get those a-holes who blew up our ship and blow up their ship, and we’ll go back to normal.” We want our Legends to actually grow over the course of the season. So the bad guy is really meant to be less of a villain and more of like a foil who forces that introspection and growth.