Anyone familiar with B Positive boss Chuck Lorre’s other comedies knows that he’s not afraid to take big swings. Take, for instance, when Mom, which began as a story about a recovering drug- and alcohol-dependent single mother, morphed into a show about a group of women — a chosen family, really — who were bonded by their shared demons and a desire to overcome them. Or more recently when United States of Al, a series about a U.S. Marine and his Afghan interpreter, shifted gears to address the ongoing crisis in Afghanistan.

To follow through and take these big swings “begins with the assumption that the audience is sophisticated,” Lorre tells TVLine. “And as far as how to proceed with storytelling, it’s a combination of trusting the audience and trusting your instincts.” 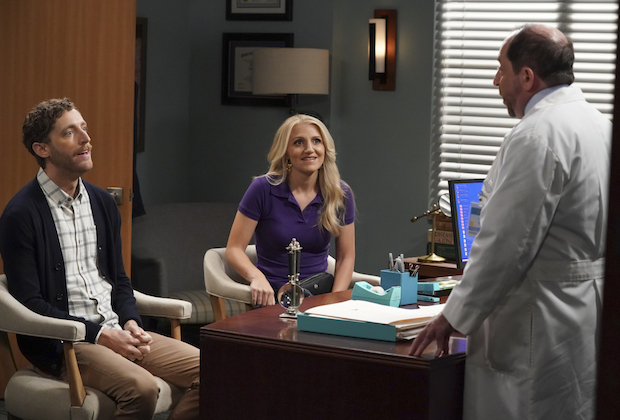 Heading into Season 2 of B Positive (premiering Thursday at 9:30/8:30c, on CBS), Lorre relied on his instincts to point the show in a new direction. Starring Broadway veteran Annaleigh Ashford and Silicon Valley grad Thomas Middleditch, Season 1 told the story of Gina, a hard-partying woman with a checkered past who, on a whim, decided to offer up her kidney to Drew, a former high school acquaintance in kidney failure. When Season 2 begins, Gina and Drew are adjusting to life after surgery and deciding what comes next.

“From the beginning, the premise of the series was the act of giving,” Lorre says. “That is what drove the storyline in the first season — this extraordinary young woman, perhaps a little bit troubled in some regards, who gives an organ to this guy she kind of knows — and that act is [still] what drives the second season. She recognizes that that act of giving was the greatest source of joy that she’s ever experienced — no quid pro quo, no ‘what’s in it for me,’ just doing something for another person.” So when Gina falls into an “extraordinary windfall of money,” she resolves to put it to good use. 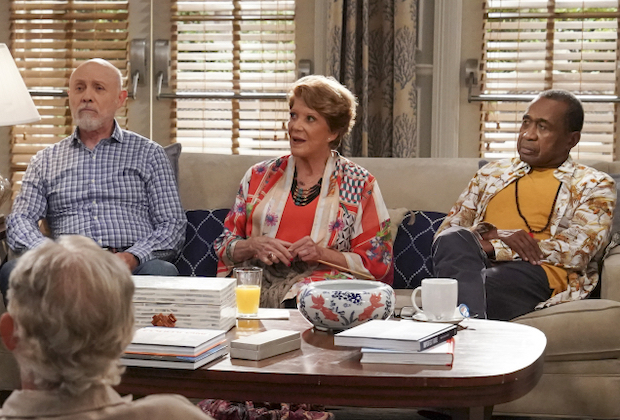 “She decides after going on a shopping spree that the joy of buying is short-lived, and the joy of giving is more deeply felt,” Lorre previews. That come-to moment results in a life-changing choice to “improve the lives of the elderly residents of Valley Hills,” the retirement home that once again houses Linda Lavin’s Norma, as well as five new residents played by Hector Elizondo (Last Man Standing), Jane Seymour (The Kominsky Method), Ben Vereen (The Good Fight), Priscilla Lopez (A Chorus Line) and Jim Beaver (Supernatural).

“She buys the assisted living facility with the idea that ‘I can make these people’s lives better,'” Lorre explains. “That gives us what we’re calling ‘Chapter 2.'”

As for how Middleditch’s Drew fits into this new world, Lorre reveals that the recipient of Gina’s kidney is “on a journey of self-discovery, and that really kicks into high gear in a couple of episodes further down the road… Now that he has a new lease on life, he is rethinking everything,” including his feelings for Gina. 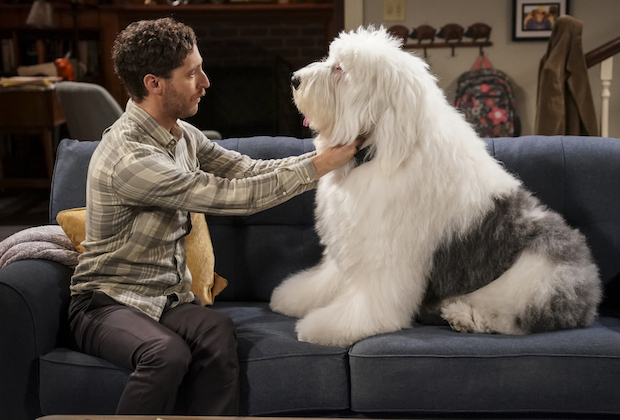 “People very often in transplant situations confuse gratitude with love,” Lorre points out. “The bond between organ donor and organ recipient is extraordinary and unlike anything anything imaginable, and it’s very easily described as love. But in fact it’s not, and he has to come to grips with the fact that he’s now trying to use this feeling towards Gina to solve all of his problems, and that’s wrong-headed. If you try to use a relationship to fix your life, you are f–ked. I don’t know if you can say ‘f–ked’ on TVLine, but you’re screwed, how’s that?”