Captain Burnham and the Star Trek: Discovery crew are going where no one has gone before in a new Season 4 trailer released Saturday in conjunction with the show’s New York Comic Con panel.

In the official clip for the new season (which premieres Thursday, Nov. 18 on Paramount+), the crew “seeks to understand a threat like none our galaxy has faced before, as a new anomaly threatens the existence of everything around it. With billions of lives at stake, the crew ignores warnings and pushes full-throttle, as they confront the unknown and work together to ensure a hopeful future for all,” reads the official description.

In the trailer, the anomaly looks to be Season 4’s Big Bad, with the Discovery weathering heavy damage from an asteroid field caused by it, and the newly reformed Federation assembles to figure out a solution. A Federation leader sniffs that she doesn’t care for Burnham’s reckless leadership style — “Your acts of bravery are huge swings of the pendulum, and there is a very fine line between a pendulum and a wrecking ball” — but Burnham ignores that and takes her ship and her crew directly into the anomaly in a bid to save life as we know it, with lots of explosions, phaser blasts and sword fights (!) along the way.

The Season 3 finale saw Burnham lead the Discovery crew in a fierce fight to retake the ship from the evil Osyraa and save the Federation — and she was ultimately rewarded by being named the Discovery’s new captain. While Saru left the Discovery to return to his home planet of Kaminar, co-showrunner Michelle Paradise told TVLine that “he’s definitely back in action for Season 4.”

Feast your eyes on the official Season 4 trailer by pressing PLAY on the video above, then check out the new key art and hit the Comments to share your thoughts. 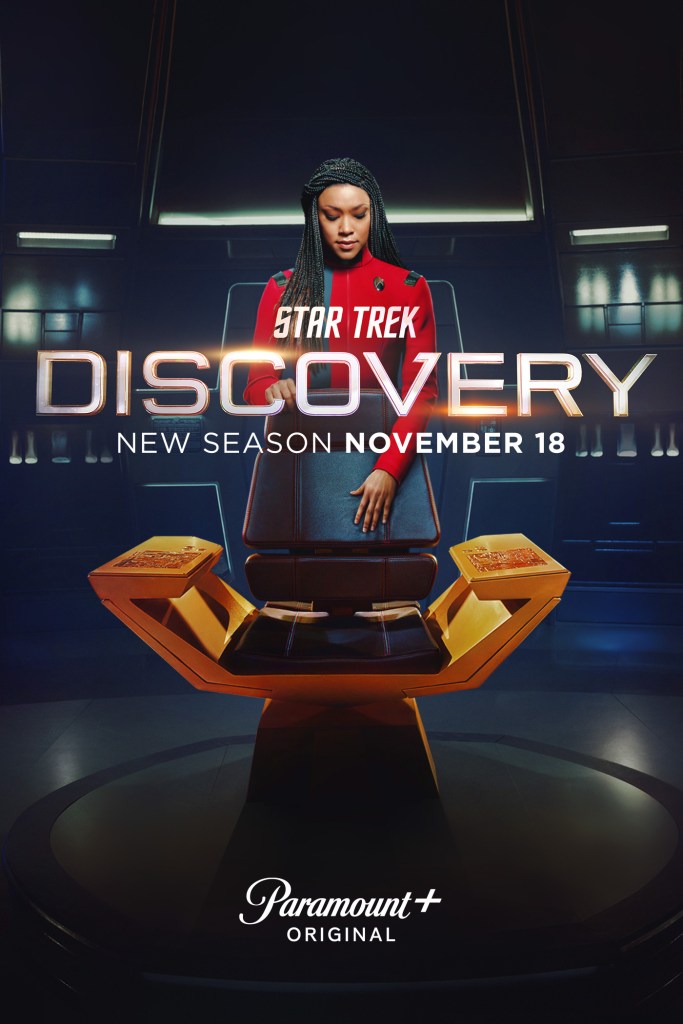