Nash Bridges fans will feast — and without none of that nap-inducing L-tryptophan — when USA Network premieres the long-awaited reunion movie during Thanksgiving weekend.

The cabler has announced that the two-hour Nash Bridges telepic will air Saturday, Nov. 27 at 9/8c, with original cast members Don Johnson and Cheech Marin reprising their roles as Nash and his partner Joe Dominguez, now elite investigators for the San Francisco Police Department’s Special Investigations Unit. As previously reported, producers are hopeful that the movie will serve as a backdoor pilot for a full series relaunch.

A pretty great poster was also released, as shown below.

Johnson, Chais, Beeman and Cuse all served as executive producers. 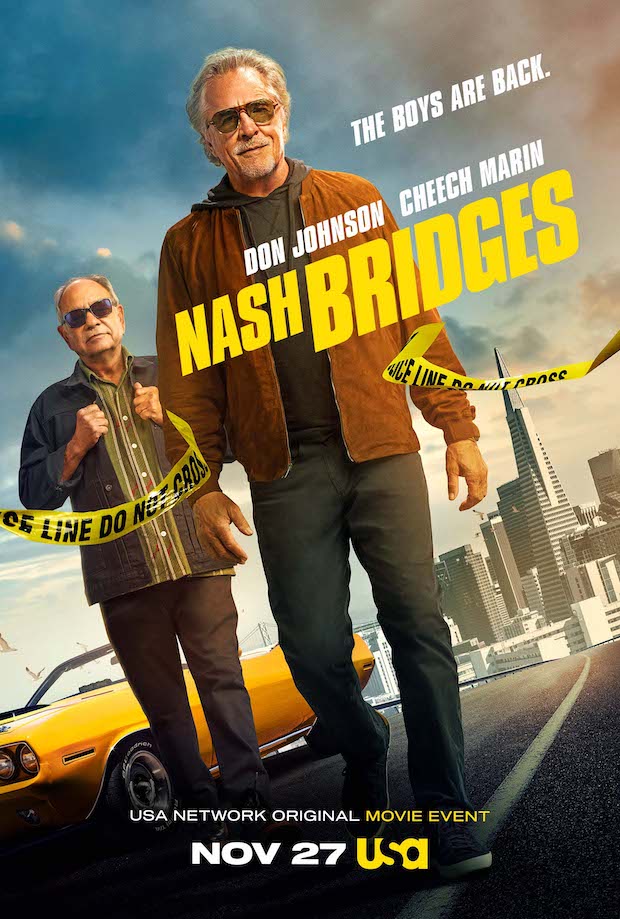