Drew Dunbar’s girlfriend will look a little different upon her return from Switzerland.

Rosa Salazar, who previously recurred as Adriana during Season 1 of B Positive, is not returning for Season 2 of the CBS sitcom, TVLine has confirmed. As revealed in newly released photos from the Thursday, Oct. 21 episode, CBS Diversity Showcase alumnus Michelle Ortiz will take over the role of Drew’s significant other — but is their relationship long for this world?

As previously reported, Season 2 of B Positive will undergo a creative revamp. In the wake of the kidney transplant that ended Season 1, the series will turn its focus largely to Annaleigh Ashford’s Gina, who has made it her mission to improve the lives of the elderly residents at Valley Hills Assisted Living, where Drew’s former dialysis nurse Gideon (Darryl Stephens) is now employed as head of nursing. 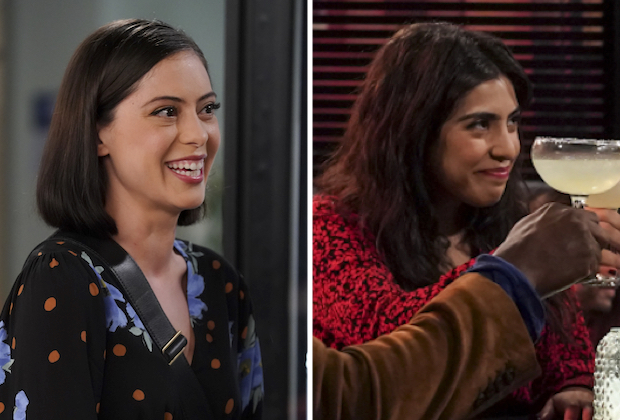 Thomas Middleditch’s Drew, meanwhile, is “struggling with a strange new feeling,” according to the official logline. “Post-surgery, he’s convinced he’s in love with Gina.”

B Positive Season 2 premieres Thursday, Oct. 14 at 9:30/8:30c, where it will follow new episodes of freshman comedy Ghosts.