NBC’s La Brea may have drawn many lookie-loos with its ostentatious premise about a massive sinkhole that leads to a primeval world below and pulls those above into byzantine mysteries. But series creator David Appelbaum hopes it’s the emotional story that will keep viewers engaged.

Heading into Episode 2 this Tuesday at 9/8c, La Brea follows Eve Harris (played by Natalie Zea) and her son Josh (Jack Martin) as they and others who fell into the aforementioned Los Angeles sinkhole navigate the strange world they oh-so-gingerly landed in. Meanwhile, above ground, Eve’s (estranged?) husband Gavin (Eoin Macken) and their daughter Izzy (Zyra Gorecki) try to make sense of what happened, while also puzzling over how Gavin’s “visions” fit into it all.

When Appelbaum, who is co-showrunner alongside Steven Lilien and Bryan Wynbrandt, first started pitching La Brea to producers, “The main selling point was certainly this spectacle of people surviving in a strange and primeval land that has scope and scale,” he shared at a TCA presser. “But really what’s at the heart of it all is this family that is torn apart by this sinkhole. And that emotional connection to the show, I think, is what people responded to the most.” 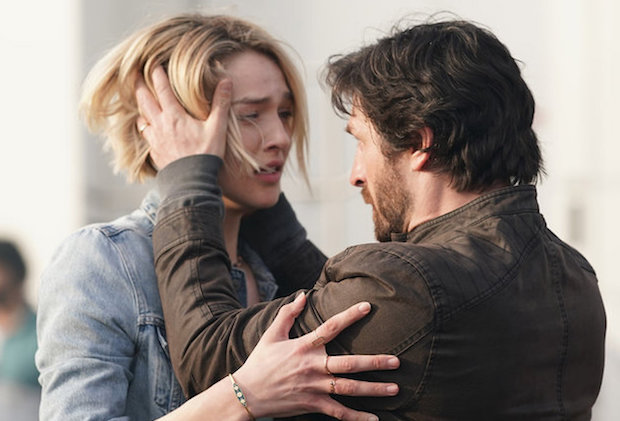 “With a lot of shows,” especially in the sci-fi genre, “there can be ideas that are big and noisy,” Appelbaum noted. “But without that deep, emotional connection at the heart of it, people wouldn’t have responded to it. And that’s something that we try to keep at the heart of the all the episodes — this emotional story we’re telling about this family but also the emotional story of all the survivors who are down in the sinkhole as they’re trying to figure out how to get home, and also how to survive in this place.”

Of course, with any mystery-laden show such as La Brea, viewers and potential fans wonder if there is any “plan,” any known endpoint it is all leading to. Appelbaum says that because of the delay caused the the pandemic’s shutdown of Hollywood, he and the writers had extra time to lay out the track ahead.

With so serialized a show, “it’s incumbent upon the writers and creators to think ahead and to plan, because what you’re doing in Episode 1 is hopefully setting up something that you’re going to see in a later episode,” he said. “And one of the real benefits that this show had was a really long development process. I pitched the show to NBC over two years ago, and since that time we started shooting a pilot and we were shut down by the pandemic…. So, we’ve had a lot of time to really think about where we’re going, which is really exciting and helps ground everything from the beginning. Having a sense of, ‘Oh, this is where we’re going to be taking it.'” 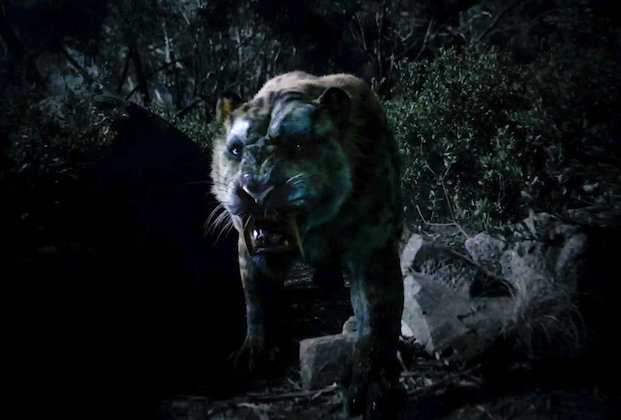 But where does La Brea go right now, having affirmed at the close of Episode 1 — with the snarling introduction of a sabre-toothed tiger — that Eve, Josh, Ty, Sam et al somehow landed way, way, wayyyyy back in Los Angeles’ past?

What the reveal of extinct-yet-very much alive creatures such as the tiger — as well as the Teratornis merriami (large birds from the Pleistocene epoch) that flew out of the sinkhole and into the L.A. skies — “brings up is only more mysteries and more questions,” Appelbaum teases. “But I think it’s … an exciting reveal and something that’s going to leave the audience wanting to understand more about this place and how it all came to be.”