Warning: The following contains spoilers for Thursday’s Season 5 premiere of Station 19. If you’d rather be surprised when you watch, drop this recap like it was hot. Which, by the way, it is.

Although Thursday’s Station 19 began with an announcement that Season 5 would take place in “a fictional post-pandemic world which represents our hopes for the future,” that future was not without heartache. On the contrary, as Grey’s Anatomy’s sister show set about resolving its Season 4 finale cliffhangers (you can refresh your memory here), the trajectory of two couples, one existing and one potential, was changed — and not for the better. And if you’ll read on, we’ll go over everything that happened in “Phoenix From the Flame” between…

ANDY AND SULLIVAN | In flashbacks to Maya and Carina’s wedding night, the brides along with Andy stormed into McAllister’s office in hopes of changing the Incident Commander’s mind about Bishop’s demotion. But all they actually managed to do was inadvertently get Herrera transferred to Station 23. D’oh! Back at Kaminski’s, Andy told Sullivan that it was just as well she’d no longer be at Station 19, because she didn’t want to work with him anymore. Hell, “I don’t want to anything with you anymore,” she added. Damn. Ten months later, Andy was still so furious with her husband that she’d been couch-surfing rather than go home. Thanks to him, she now worked at a firehouse where “everything including dinner smells like feet,” she said. Thanks to him, “my job is just a job now.” Since Seattle’s Phoenix Festival served as a backdrop for the episode, Sullivan suggested that their marriage might emerge from this trial by fire stronger than ever. But, she retorted, if he couldn’t see how wrong he was to have made a play for Maya’s job, “we’re not a phoenix, we’re just a pile of ash.” Again, damn. Later, Sullivan did own up to the ruthless streak that Ben saw in him. “I convinced myself I was helping,” he told his fellow firefighters. “Instead, I was doing harm, to you all and to myself. I’m sorry.” Of note, Maya accepted his apology. However, when he again approached Andy, she wouldn’t even let him tell her what he’d done. Rather, she explained that she hadn’t filed for divorce because she hadn’t wanted Maya and Carina to feel in any way responsible — she had now, though. “I love you,” she told her husband, “but I don’t respect you, and I can’t forgive you.” Once more with feeling, damn! Talk, people! Communicate! 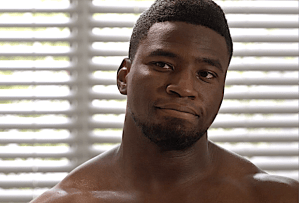 VIC AND DEAN | Back at Maya and Carina’s wedding reception, Dean insisted to Jack that he felt “a lot of relief” that Vic and Theo had reunited; it meant that he would never become “someone she has to manage” because he’d made it awkward between them. His feelings hadn’t changed, but “I’m in love with her enough,” he tried to convince himself, “to never let her know.” Oh, Dean! Talk, people! Communicate! In the present, when Theo offered to stay behind with an injured festival-goer while Vic helped transport a patient to Grey Sloan by foot, she told him, “Thank you! Love you!” Come again? What’s more, Theo loved Vic, he told the young woman with whom he’d hung back. Later, Vic tried to laugh off her admission. “That was like, ‘Bye, Mom, love you,’” she insisted. But Theo knew better, and so did a nearby Dean. Finally, as the episode drew to a conclusion, it looked like Miller was going to tell Vic how he felt. In a towel — which I guess is something one would definitely do if they were built like Okieriete Onaodowan. But alas, when push came to shove, what came out of Dean’s mouth wasn’t “I’m in love with you” but “I’m in need of a conflict-resolution specialist” for Crisis I, the pilot program he was bankrolling with his settlement money to send nonviolent first responders to nonviolent emergencies instead of the cops. (Dunno about you, but my face pretty much went through all of the expressions that Jack’s did in the background of this scene; less handsomely, but you get the idea. Oh, Dean!) 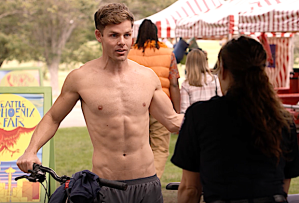 IN OTHER DEVELOPMENTS… | We learned that Sullivan had not remained captain of Station 19; he’d been replaced by Beckett, who seemed intent on vying with Dixon for the title of the series’ most unlikable character ever. (That the new captain’s toxic masculinity kind of appealed to Andy suggested that she still has a lotta baggage to unpack with Diane.) While our protagonists were dealing with a crisis at the Phoenix Festival — a guy high on shrooms accidentally blew off his cheek with illegal fireworks — their rig was in short order stolen, knocked over in a disastrous fender bender and blown up by a deadly combo of leaking gas and fiery baton jugglers. And you might think that, as Beckett said, “it’s just a hunk of metal, we’ll get another one.” But it meant a lot to our first responders, especially Andy, who had to watch the dedication to her late father get burned off the side. Finally, Emmett showed up the festival wearing barely-there biker shorts — he said, to surprise Travis by taking part in the undies bike race, but I think it might have been to serve someone a reminder that ice cream and wine is not an appropriate dinner selection.

So, what did you think of the Season 5 premiere? Andy’s decision to pull the plug on her marriage? Sullivan’s refusal to speak up to her? Dean’s near-admission to Vic? Grade it in the poll below, then hit the comments.