THE PERFORMANCE | We’re not saying Waddingham already has her second Emmy in the bag, but it’s hard not to imagine the actress repeating her recent win after watching her triumphant turn in Episode 10 of the Apple TV+ comedy. The outing allowed her to showcase all the different sides to her character as Rebecca navigated a sea of mixed emotions surrounding her secret fling with Sam and the sudden loss of her father.

Over the course of 45 emotionally captivating minutes, Waddingham got to be romantic (while Rebecca was cuddling in bed with Sam), comedic (take, for instance, when Rebecca dryly congratulated her mum for “fat-shaming a baby to tears”) and dramatic (when she recounted the teenage horror of walking in on her father with another woman). She also got to show Rebecca at her most conflicted, as she struggled to find the words, then the lyrics, to memorialize her father. That’s where she did her very best work of all.

As Rebecca went from not quite knowing what to say in her eulogy, to mouthing the lyrics to Rick Astley’s “Never Gonna Give You Up” — first speaking them, then singing them — Waddingham had us on the edge of our seats, unsure exactly how Richmond’s team owner was going to get through it. The way she allowed Rebecca’s faint warble to become more and more difficult to detect, with increasing space between each syllable, spoke volumes. Staring into her piercing green eyes, you could almost see Rebecca’s mind at work, crashing up against equal waves of deep sorrow and indignation. And when the pew joined in to help Rebecca finish her tuneful tribute to a man she both loved and hated, the smile that came across her face filled us with great relief, and a sense that Rebecca was going to be OK.

Sure, we may never get Rickrolled without tearing up again, but at least we’ll always be reminded of Waddingham’s finest hour. 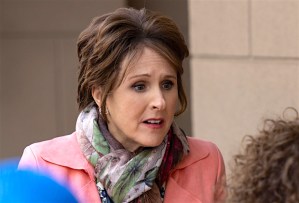 HONORABLE MENTON | The Other Two just wrapped up a fantastic sophomore season on HBO Max — if you haven’t watched yet, it’s time to start! — and the highlight of this week’s finale was Molly Shannon, who’s hilarious and heartbreaking as Brooke and Cary’s ever-cheerful mom Pat. Stretched way too thin by work obligations (her falling asleep mid-conversation with her eyes open was a great gag), Pat finally collapsed on the runway of Chase’s fashion show before springing back up and spitting out a bunch of her talk show catchphrases like a malfunctioning robot. Shannon is always game to make Pat the butt of the joke, but she also makes us feel how deeply Pat loves her kids, and she even got to get a little savage when Pat finally told off her clingy boyfriend Streeter: “Your personality adds work to my day.” The Other Two is an unsung gem, and Shannon’s delightful performance is one of its most fascinating facets. 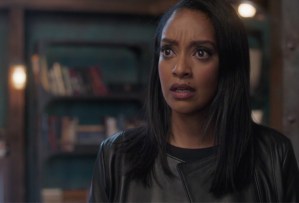 HONORABLE MENTON | This week’s Supergirl, titled “Blind Spots,” tackled uncomfortable conversations as Kelly Olsen (played by Azie Tesfai) challenged the Arrowverse show’s titular hero to do better by an underserved community. Throughout the emotionally charged hour, which Tesfai co-wrote alongside J. Holtham, the actress delivers an authentic and vulnerable performance that really makes one question why the show didn’t dig this deep with her character sooner. You feel every ounce of exasperation as Kelly watches people around her get sicker and sicker, the sheer frustration because her friends aren’t paying attention and the self-affirming strength when she finally suits up as Guardian. The episode forced Tesfai to explore new levels with her character, and she hit every emotional note like a finely tuned instrument.

HONORABLE MENTON | It was Ncuti Gatwa‘s time to shine in Episode 6 of Sex Education, as Eric’s trip to Nigeria went from joyous to heavy. After feeling pressure to hide his sexuality abroad, Eric’s emotions were running sky high when he opted to go clubbing with a new friend. But his yearning to be free resulted in breaking Adam’s trust, as he shared a passionate kiss with Oba, and woke up in the near-stranger’s bed. Gatwa beautifully navigated Eric’s rollercoaster journey, exhibiting the hurt he felt from suppressing his colorful self, and the confusion he wrestled with regarding his relationship. The actor’s controlled expressions had us feeling the contagious warmth of his smiles, and also the pain of his tears. In the final moments, relief washed over Eric’s face as he headed back to reality, but it was quickly replaced by panic, knowing he was about to hurt someone he loved. While Otis and Maeve typically steal the spotlight on this show, it was Gatwa who hijacked our hearts. 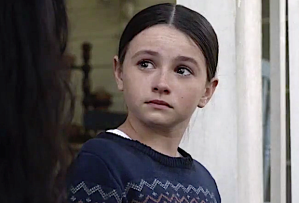 HONORABLE MENTON | In Sunday’s The Walking Dead, Cailey Fleming more than lived up to Daryl’s old nickname for Judith. The 14-year-old kicked ass — and poignantly. As the hour began, she played Rick and Michonne’s daughter as the leader she was born to be, upper lip stiff as she trained her fellow kids in swordsmanship. But after an altercation with a bully so upset her that she pulled a knife on him, Fleming let drop the strong facade, giving in to tears only as Judith stomped away. Later, the actress crushingly drove home the toll taken on her character by the losses she’d suffered. When she opened up to Rosita, her portrayer filled her voice with a pain and fear that was matched, if not exceeded, by the emotions playing across her sweet face.