Her stint in rehab may be over, but Becky’s sobriety journey has only just begun.

Speaking to TVLine ahead of The Conners‘ live Season 4 premiere (ABC, Wednesday at 9/8c), executive producers Bruce Helford and Dave Caplan reveal that Becky’s recovery will continue to weigh heavily on her as she forges a new path forward.

“Becky feels like she has her whole life ahead of her again, and she’s excited,” Caplan previews. “Her horizon is bigger now, and she’s got an opportunity to do a lot of things, and she’s going to try to figure out which direction to go in.” But first, he says, “we’re going to see her trying to find new coping skills for life. Initially she tries some that maybe aren’t tenable in the long term, and they create complications.”

Adds Helford: “Sobriety is difficult, and it’s complicated.” Becky is not going to fall off the wagon, “certainly not right now,” he says, but she will quickly discover that “managing sobriety is almost as tough as managing being an alcoholic.” 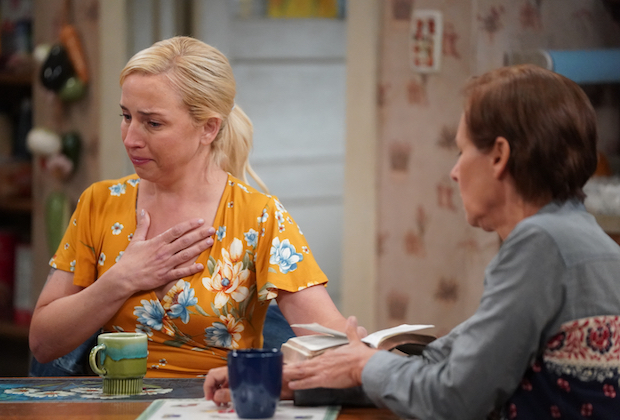 Along the way, we’ll see how her coparenting relationship with Emilio is affected by her current circumstances. We’ll also see how Becky navigates her love life without the influence of alcohol.

“As a newly sober person, she’s really not supposed to have a relationship for a year,” Caplan points out. “But things don’t always go according to plan.” Adds Helford, “If most of your interactions with people in relationships have been while you were drinking heavily, sober intimacy is a very tricky thing. There’s a whole different attitude about it. When you’re drunk, you don’t [overthink it].”

Speaking of relationships, Helford confirms that Jackie’s relationship with Louise’s younger brother Neville is still going strong this year. “We feel like we finally had to give her a good, healthy relationship,” he says. “Jackie’s got a guy who adores her. She’s still not sure how to accept that, because she doesn’t adore herself… but her love life is good.” 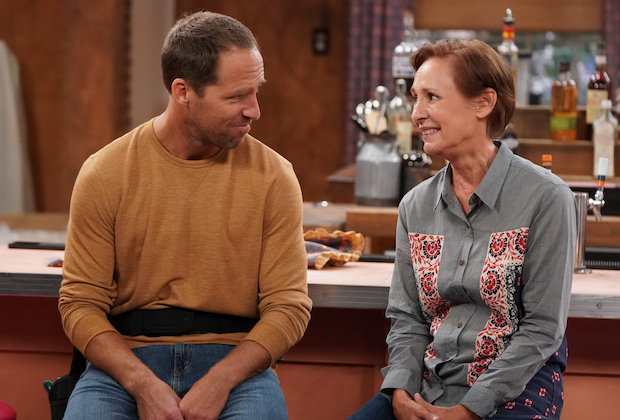 But Roseanne’s sister will continue to face hardships this year — first and foremost, as she seeks to convert The Lunch Box into a Chicago Bears-themed sports bar. “There are some growing pains that come with that,” Helford says. “To start with, you’ve got to get a liquor license.” And as always, Jackie’s mother remains a thorn in her side. “Bev is coming,” Helford promises — and God willing, they’ll have 93-year-old Estelle Parsons back in person, versus over FaceTime.

“She is slated to appear, and her relationship with Jackie takes another really interesting turn,” Caplan teases. Bev’s return, Helford says, will play a part in some “major developments in the lives of the family.”

For additional Conners scoop on the state of Darlene and Ben’s relationship, check out TVLine’s annual Fall TV Preview. (And for spoilers on Dan and Louise’s wedding, click here.)