Do a group of underdogs have the presence, perseverance and pirouettes to make it in a televised dance-reality competition?

After the premiere of The Big Leap, which kicked off Monday on Fox, we’re not so sure. The scripted series’ premise: A So You Think You Can Dance-type series called The Big Leap rolls into Detroit, enticing amateur dancers of all ability levels with the chance to audition. Those picked will form an artistic company of 20 who’ll dance in a season-ending performance of Swan Lake.

We come into the story via Gabby (played by newcomer Simone Recasner), who was on the dance team in high school and who became pregnant as a teenager after a one-night stand. She’s now a single mom with a boring job and a cute son named Sam; they live with her mom. 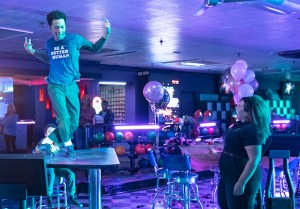 Gabby repairs her friendship with her high school boyfriend/dance-team partner Justin (Raymond Cham Jr., Five Points), whom she ghosted years before after learning he was gay. She’s got an ulterior motive: She wants him to audition with her for the show. (He’s anti until a dance number at a bowling alley, his place of employment, seals the deal.) Justin kills it during their tryout, but Gabby falls; he makes it through to the choreography round, and she’s sent home. 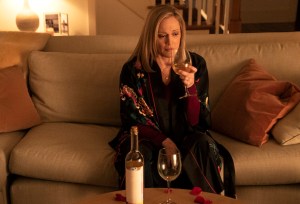 But Nick needs some star power in the mix, so he courts Reggie (Ser’Darius Blain, Charmed), a pro football player with an anger problem who’s recently gotten into legal trouble. At first, Reggie’s rep balks at the proposition of his taking part. “I have to protect his brand,” she scoffs. “Look, right now, his brand is crazy, drunk misogynist,” Nick counters. Gabby, who’s at the office to beg for a second chance, sees her opportunity: If she can teach Reggie the choreography and get him to audition, can she have another go? Nick is swayed. Gabby “looks like America, and America needs a win,” he tells the show’s judges. “She really does,” Gabby agrees.

So Gabby chases after Reggie, gets him to agree to the gig, then meets him at his palatial apartment for an all-day dance lesson. They hit it off, and he picks up the steps pretty well. When they grab dinner later that night, she confesses that the dance world always made her feel that her body was too big. He says it’s all in her head; at one point, he calls her pretty. The night is going well… until they leave and some football hecklers scream at Reggie about his “fat-ass girlfriend.” So he picks up a cinderblock and heaves it into the guys’ windshield.

Because of the violent outburst (cops were called), the next day, Gabby is sure there’s no future at the show. But she goes to the taping to support Justin. At the last moment, Reggie shows up — the other dudes had prior warrants, so he got off easily (um, OK?) — and he and Gabby dance for the judges. At the very end, he decides that they’re going to go for a lift that they’ve never practiced and that makes her feel very self-conscious. But they nail it, and the judges are very impressed. 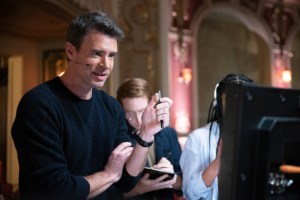 Gabby cries as those watching applaud. “Thanks for that,” she whispers to Reggie, who hugs her. Meanwhile, Nick watches with great interest, telling an assistant to start digging up dirt on Gabby’s background, her kid’s father, everything. “She’s gonna fall in love with [Reggie],” he says with glee, “and he’s gonna break her heart.”

Now it’s your turn. Grade the premiere via the poll below, let us know whether you’ll tune in for Episode 2, then hit the comments with your thoughts!