When we last left Bob Hearts Abishola, the CBS sitcom’s central couple had a put a pin in their wedding and hopped a flight to Lagos. Abishola was determined to retrieve Dele from ex-husband Tayo and bring him back to Detroit, where he supposedly belongs.

But soon after touching down in Nigeria, Dele’s mother appeared to have a change of heart. Was returning to Michigan truly what was best for her son? That was the question she posed to soon-to-be-husband Bob at the tail end of Monday’s Season 3 opener.

Upon arriving at Tayo’s compound, Abishola and Bob discovered that Dele had acclimated quite well. He had reconnected with his family (including two half-sisters), as well as his Nigerian culture. Tayo acknowledged that Abishola had every right to be upset with him for taking Dele, but argued that he only had their son’s best interests at heart. If Dele is going to grow up and become a doctor, he argued, Dele would need to attend the best schools, and he had already arranged for him to attend the prestigious British International School. Dele had already passed entrance exam, he pointed out — an achievement that wouldn’t have been possible had Abishola not raised him so well. 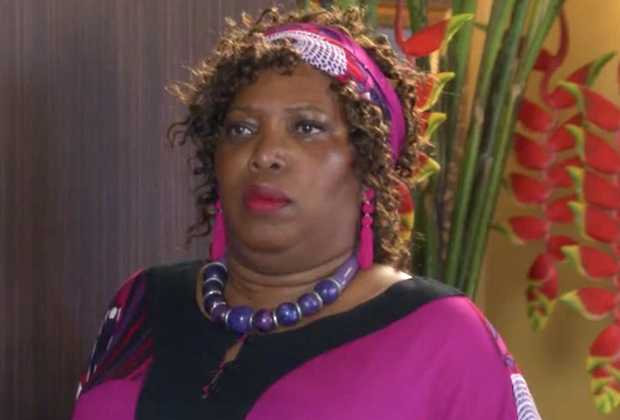 Overwhelmed, Abishola asked to use the bathroom… then made a beeline for Dele’s bedroom and kidnapped her own son. But rather than take Kemi’s advice and head towards the border, Abishola brought her son directly to her mother’s house. When Tayo arrived to retrieve him, Ebunoluwa, who we finally met in the flesh, refused to let him in. While she agreed with Tayo that it would be in Dele’s best interests to stay in Nigeria, she was standing by her daughter’s “stupid and selfish” decision to take him back to America. Ebunoluwa also refused to let Bob into her home, since he had yet to make a formal introduction in front of Abishola’s extended Nigerian family.

During the car ride back to his compound, Tayo explained to Bob why he was determined to keep Dele in Lagos. “The first time I held Dele in my arms, I knew it was my mission to teach him and provide for him,” he said. But then he left, not because he wanted to, but because he could not support Dele in America. “With Dele here, I was able to be the father I always wanted to be,” he explained. Tayo wanted to say all of this to Abishola, but she was being too bullheaded, he argued — a character trait that led both Tayo and Bob to fall for her. Tayo, however, proved to be just as stubborn. He told Bob that neither he nor Abishola was going to leave Nigeria with Dele.

Moments later, Bob received a call from his conflicted fiancée. “Dele is thriving in Lagos,” she said. “The way he is playing with his sisters, I have never seen him so happy. How can I take that away? Here, he will attend the best school and be around people who share his culture…” 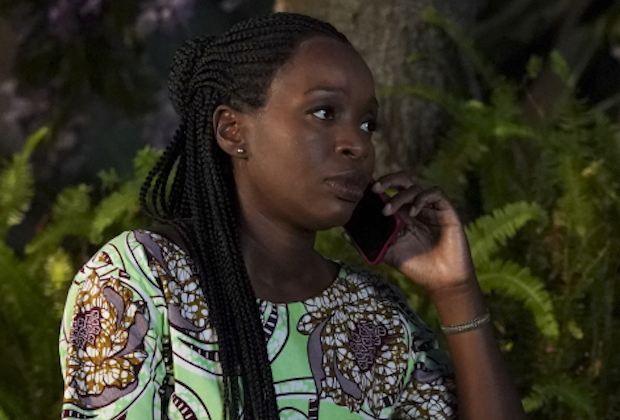 “But he won’t have you,” Bob answered.

“I’ve always done what is best for him,” Abishola continued. “I cannot let this be the one time I do not.”

And just like that, Abishola’s mind was made up. She and Bob would return home without Dele — but first, they would get married in Lagos, so Dele and the rest of her family could be in attendance. As the episode came to a close, Kemi, Christina, Douglas and Dottie arrived in Nigeria to witness Bob and Abishola’s nuptials. (Could Gloria, Goodwin and Kofo be far behind?)

Grade Bob Hearts Abishola‘s Season 3 premiere via the following poll, then hit the comments: Do you think Abishola will follow through on her decision to leave Dele in Lagos? And is it the right one?