Sitcom veteran Meg DeLoatch knew she’d have her work cut out for her when she signed on as showrunner of CBS’ The Neighborhood, replacing series creator Jim Reynolds.

As it heads into Season 4, the Cedric the Entertainer-led comedy currently stands as TV’s No. 2-rated sitcom (trailing only CBS’ own Young Sheldon), so she didn’t want to change too much. (What’s that old saying? If it ain’t broke…?) But she also wanted to put her own stamp on it — and most importantly, dive deeper into the lives of the Butlers and the Johnsons than the series had done in its previous three seasons.

“When you come in and the show is already beloved, you don’t want to be the one that takes it off the rails,” DeLoatch, whose previous credits include UPN’s Eve and Netflix’s Family Reunion, tells TVLine. “At the same time, while it is wonderful to do fun episodes and tell a lot of great jokes, it’s also great to be able to tell some meaty stories, as well.”

Moving forward, DeLoatch says that The Neighborhood will offer “the kind of storytelling I really wanted to open it up to,” and “go a little bit deeper in terms of these characters’ careers and relationships” — and she intends to do that “without changing the heart and spirit of the show.”

The premiere, for instance, will lean heavily into the familial aspect of the series, as genealogy-obsessed Dave (played by Max Greenfield) discovers that he and Calvin are distant relatives. (Yes, really!) 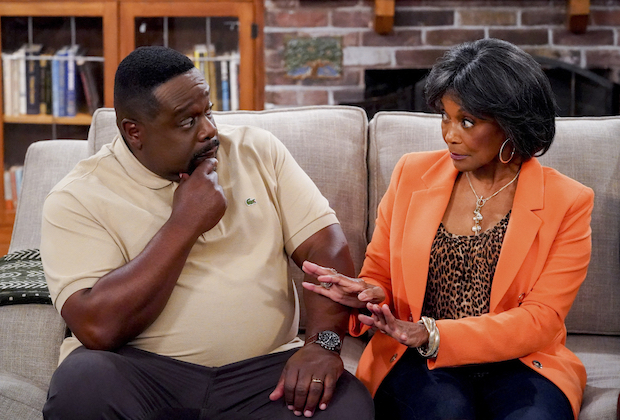 “Calvin is not particularly thrilled,” DeLoatch says with a laugh. “He doesn’t quite believe it, doesn’t quite understand how it’s possible, and he’ll have to consult with an elder — his Aunt Desiray, played by Margaret Avery (The Color Purple) — to learn a little bit more family history.”

Beth Behrs’ Gemma, meanwhile, will be dealing with classic pregnancy symptoms. “She is roughly eight or nine weeks pregnant, and she is struggling with morning sickness,” DeLoatch reveals. In turn, Tina (Tichina Arnold), who offers to help her friend, inadvertently stumbles on a new business idea.

“We thought it would be really cool for Tina, who has always supported Calvin’s dream and been a part of his business,  to find something of her own,” DeLoatch explains. “[But] even as she finds it, because she wasn’t looking for it, she’s not really sure that she wants it. She’s a great cook, a talented baker, and people start making requests for her to bake for them. For her, it’s like, ‘Well, I do it for pleasure,’ and then realizing, ‘Wow, I can make money, and there’s a lot of really happy people.'” 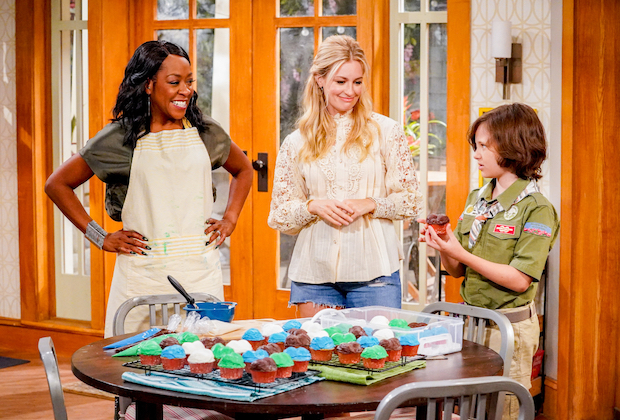 The storyline, she says, was created in part to give Arnold’s character a greater sense of self, and to make Tina a more fully realized individual.

“It’s great to support your husband and your family,” says DeLoatch. “But it’s also OK to say, ‘I want to do something for me. I really enjoy this, and I want to see if I can make a go at it…’ I think Tina is going to find a lot of satisfaction [in that].”

Elsewhere on the career front, conflict mediator Dave — who, up until this point, has never been seen at work — will find himself at a crossroads. “We want to see him at work [this season], and to define his job a bit for those of us who didn’t quite understand it,” DeLoatch explains. “But we also want to have him go on a journey, and to figure out if this is exactly where he wants to be and if he is the most effective [at his job].” 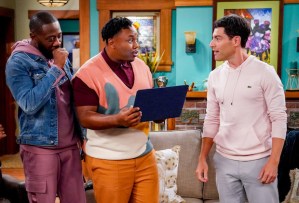 DeLoatch is also determined to have Marty and Malcolm (Marcel Spears and Sheaun McKinney) “grow up a bit” in Season 4, “and evolve into independent adults.” The season will start with Marty on a quest to find a significant other, “but of course he’ll get a lot of input from family and friends along the way,” DeLoatch teases. As for onetime Major League Baseball hopeful-turned-security guard Malcolm, growing up will involve “finding himself in a familiar yet new career direction.”