We foresee torn loyalties within the House of El as The CW’s Best Show Ever bracket tournament closes out its Sweet 16 round.

The Sweet 16 round of TVLine’s tournament — which is being conducted in honor of the network’s 15-year anniversary on Sept. 18 — comes to an end with this next set of match-ups, which pit Kryptonian against Kryptonian (Smallville vs. Supergirl) and vampiric kin against romantically challenged bros (The Originals vs. One Tree Hill).

In this tournament’s opening round, Smallville crushed Reaper like coal into a diamond, Supergirl survived a close one with Legacies, The Originals took a big bite out of Nancy Drew and her crew, and One Tree Hill dunked on poor Lux. 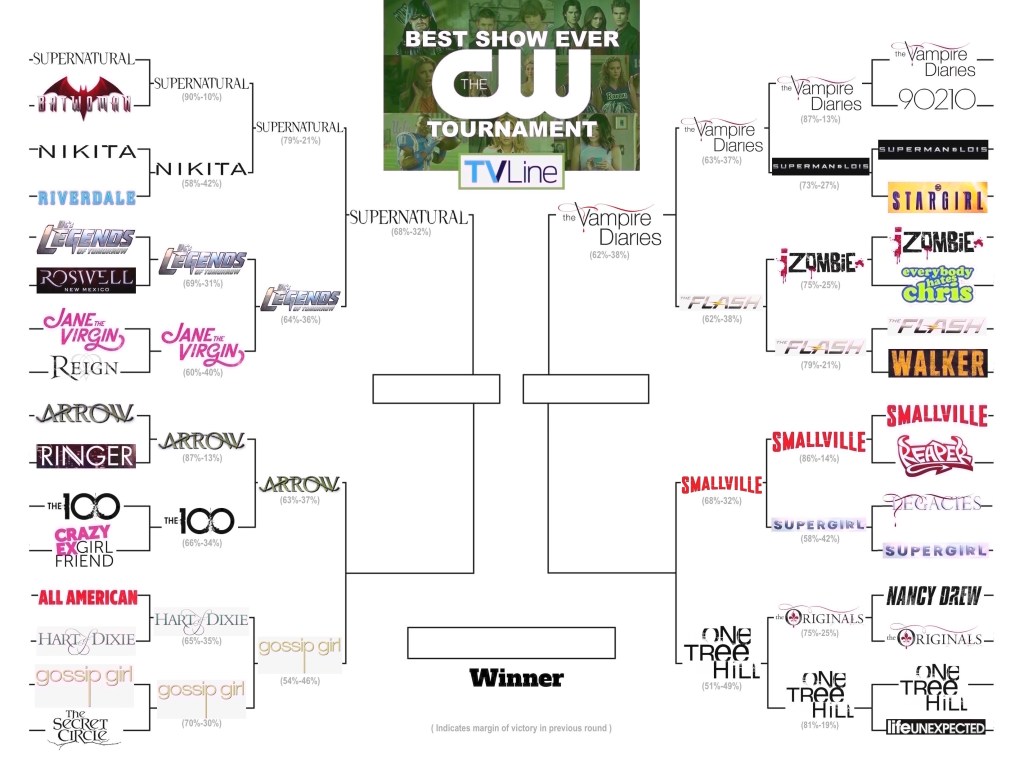 UPDATE: The below polls are officially closed, with One Tree Hill and Smallville moving on to the next round. Click here to vote in our first Elite Eight match-up, featuring Supernatural vs. Legends of Tomorrow.

VOTE FOR SUPERGIRL VS. SMALLVILLE

VOTE FOR ONE TREE HILL VS. THE ORIGINALS